6th international disability conference to be held in 2022 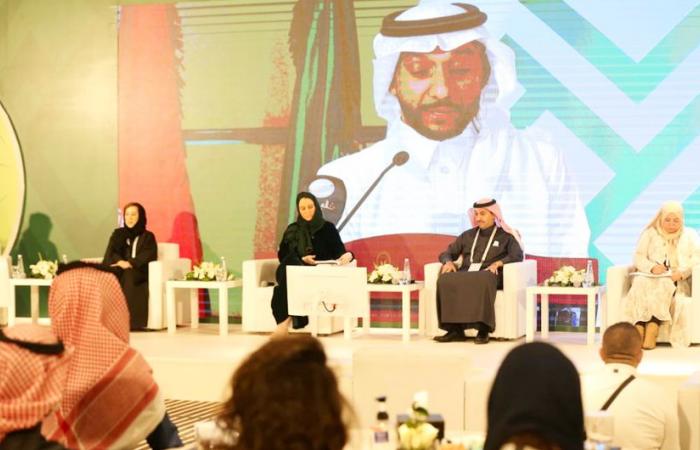 Jeddah - Yasmine El Tohamy - RIYADH: The 6th International Conference on Disability and Rehabilitation and the King Salman Disability Research Award will be staged in January 2022, a press conference has been told.
The conference, organized by the King Salman Center for Disability Research (KSCDR) in Riyadh on Monday, saw the participation of 26 countries and 10 local entities and private sector bodies.
The center receives the care and attention of King Salman, said Prince Sultan bin Salman, chairman of the board of trustees. “As the king of Saudi Arabia, he is also the founder of the center over 30 years ago. Therefore, he’s very much connected to the (center’s) cause.”
He added that Saudi Arabia cared for, nurtured and empowered people with disabilities, and supported specialized scientific research into disability.
Prince Sultan said that the latest conference would be different “as we live in a different age. We look forward to a different future technology. Science has grown and has developed so much in the past few years since the last conference.”

Dr. Ola Abu Sukar, chairman of the scientific committee of the 6th conference, said that KSCDR slogan is ‘Science benefiting people,’ which is also the message of its founder King Salman.

He announced the start of nominations for the third session of the King Salman International Award for Disability Research. “We hope that the scientific committee will receive many posts that rise to the level of this international award.”
Dr. Ola Abu Sukar, chairman of the scientific committee of the 6th conference, said that KSCDR slogan is “Science benefiting people,” which is also the message of its founder King Salman.
“From that slogan, hopes were achieved, and in recognition of those high values, this conference was prepared and organized to complete the previous five international conferences, which resulted in recommendations that were approved by King Salman,” she said.
Abu Sukar said that the 6th conference’s slogan was “empowering people with disabilities from childhood to youth — between research and application.”
She said that the conference would be an unprecedented experience in Saudi Arabia, establishing a participatory design program with the theme of “moving from disability to empowerment,” for three consecutive days prior to the conference.
“Our motto in this participatory program is that we can’t create anything without them (people with disability). (It is) a program that includes people with disabilities in the field of innovation,” she said.

These were the details of the news 6th international disability conference to be held in 2022 for this day. We hope that we have succeeded by giving you the full details and information. To follow all our news, you can subscribe to the alerts system or to one of our different systems to provide you with all that is new.