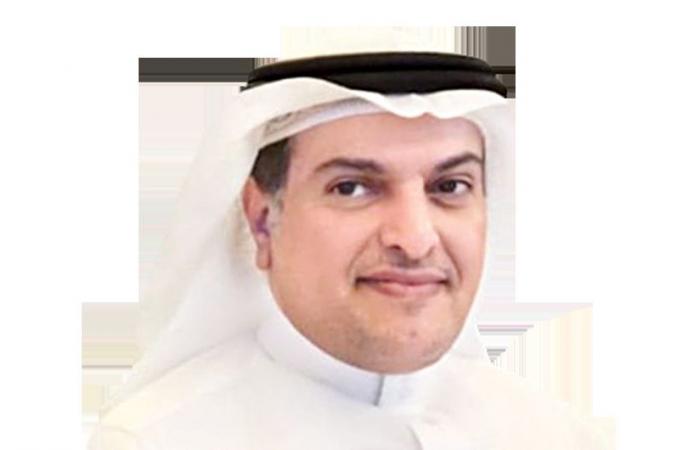 Thank you for reading the news about Abdullah Al-Aboudi, vice president of support services at the Saudi Center for International Strategic Partnerships and now with the details

“More and more countries are coming to understand that no solution can be found in the region without Saudi Arabia playing a leading role in the efforts,” Christodoulides told Arab News on Tuesday.

“It was something we believed in from the very beginning, and we are glad that more countries are understanding this reality,” he said.

Ties between Saudi Arabia and Cyprus have strengthened since the two countries reopened embassies in their respective capitals four years ago.

Christodoulides said that working together on the bilateral, regional and EU level, a “vast number of achievements” have taken place during that time.

An updating of agreements on air traffic was a major development, he said.

The foreign minister also called for greater discussion and mediation to promote the interests of the region.

“Cyprus is a member of the EU, but at the same time we are a country of the region and what we want to do is to raise awareness in Brussels about the region and especially about Saudi Arabia. A lot of times I feel that the Europeans don’t know the region — they talk about the region, but they don’t really know it,” he said.

Discussions on regional security were among the highlights of his visit, which included meetings with his Saudi counterpart Faisal bin Farhan.

“We looked at how we can enhance our cooperation because security is an issue of concern for all of us,” Christodoulides said.

“We discussed ways to enhance regional cooperation, not just with the UAE and Saudi Arabia but also with Egypt and Greece,” he said, adding that like-minded countries in the region are coming together in order to face the challenges “and to discuss the economic and investment opportunities that we have.”

“What I want out of this visit (to the UAE and Saudi Arabia) is to present the right narrative and the right picture to my colleagues in Brussels. Sometimes during our discussions in the EU and in Brussels, I get the impression that they don’t know the region.”

Christodoulides said that it was also important to “send a common message” to the new Biden administration in the US.

Speaking of the changes taking place in Saudi Arabia, Christodoulides said: “I can see it on the faces of the people and, for me, this is most important. I am amazed by the changes in the country.”

The foreign minister also accused Turkey of “promoting its interests through gunboat diplomacy” with its energy exploration off the coast of Cyprus.

“When President (Recep Tayyip) Erdogan was first elected, Turkey’s relations with other countries were very different. Turkey had no problems with its neighbors,” he said.

“How quickly things have changed in the past eight years. We end up today with (Turkey) having problems with all its neighbors. At the same time, we can’t change geography. We can’t change our neighbors. But we are in a position and we are ready to discuss all issues at the negotiation table.”

He said that Cyprus had signed a maritime borders agreement with Egypt, Lebanon and Israel based on international law and 1982 UN convention on the law of the sea, but when the country asked Turkey to talk and agree on maritime zones, Ankara refused.

“I’m wondering if Turkey feels so comfortable with its position. Why do they refuse to discuss with Cyprus, a member of the EU and the UN?” he asked.

These were the details of the news Abdullah Al-Aboudi, vice president of support services at the Saudi Center for International Strategic Partnerships for this day. We hope that we have succeeded by giving you the full details and information. To follow all our news, you can subscribe to the alerts system or to one of our different systems to provide you with all that is new.