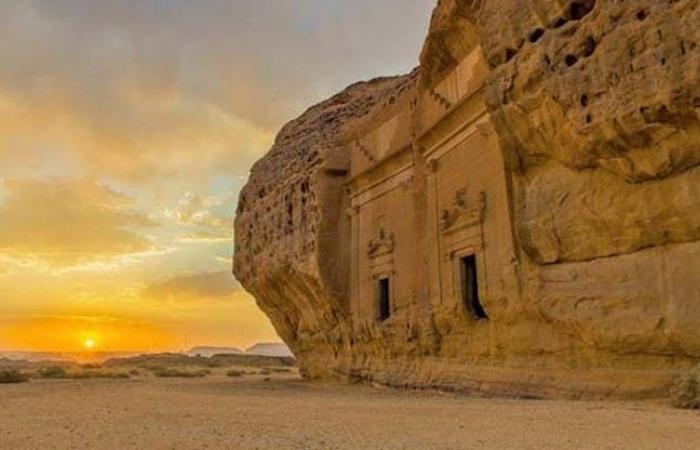 Jeddah - Yasmine El Tohamy - JEDDAH: A new film depicting the beauty and enchanting landscape of AlUla is leading a campaign to attract more visitors to the area.

Reopened to the public in October last year, AlUla has welcomed visitors again, targeting domestic tourists in what is hoped will be a year of travel recovery. The campaign is also aimed at deepening the Kingdom’s pride and affection for AlUla.

“We know Saudis love to travel and we hope this campaign will inspire many of them to appreciate a must-see destination, a world masterpiece, closer to home,” said Phillip Jones, chief destination management and marketing officer of the Royal Commission for AlUla (RCU).

The campaign, unveiled on Saturday, was developed by the RCU with creative partners Leo Burnett, including a 90-minute film directed by renowned cinematographer Bruno Aveillan and a suite of digital assets under the concept of “The World’s Masterpiece.”

The video shows a woman travelling to locations across AlUla. She visits lush palm tree groves, UNESCO World Heritage Sites, Hegra, Elephant Rock, the locations of the ancient civilizations of the Dadanites, Nabataeans and Romans, as well as the mirrored Maraya Concert Hall, home to many cultural events since its opening two years ago.

“‘The World’s Masterpiece’ is a play on both the skillful artistry of ancient civilizations who carved elaborate artworks into the rocky outcrops, as well as the pure and unspoilt beauty of the geological rock formations and landscapes sculpted by nature,” Jones said.

The campaign aims to help achieve RCU’s visitor projections of 90,000 for 2021 and 130,000 for 2022. While it is aimed at the domestic market, specifically three core audience segments that represent 64 percent of the regional affluent traveler market, Melanie de Souza, executive director marketing, RCU, expects that it will also have an international reach.

“The travel landscape has been irreversibly altered, but as travel slowly resumes, research tells us people will be looking for meaningful travel, vast open spaces and close-to-nature experiences. AlUla is well-positioned in the domestic market for all of those reasons and internationally as a new and significant boutique heritage and culture destination,” de Souza said.

These were the details of the news Film showcases AlUla’s beauty and diversity for this day. We hope that we have succeeded by giving you the full details and information. To follow all our news, you can subscribe to the alerts system or to one of our different systems to provide you with all that is new.