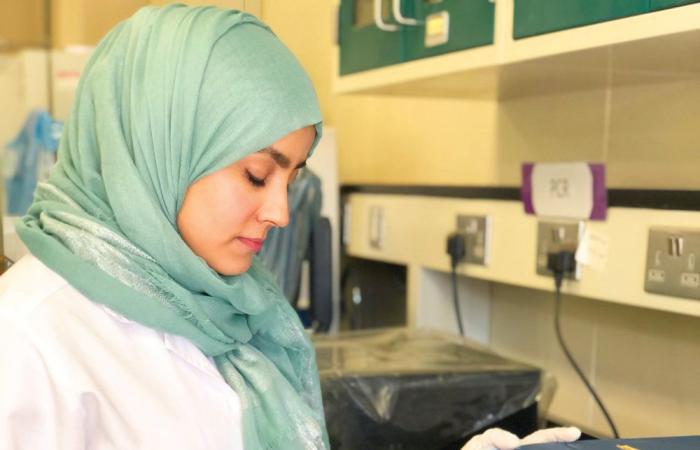 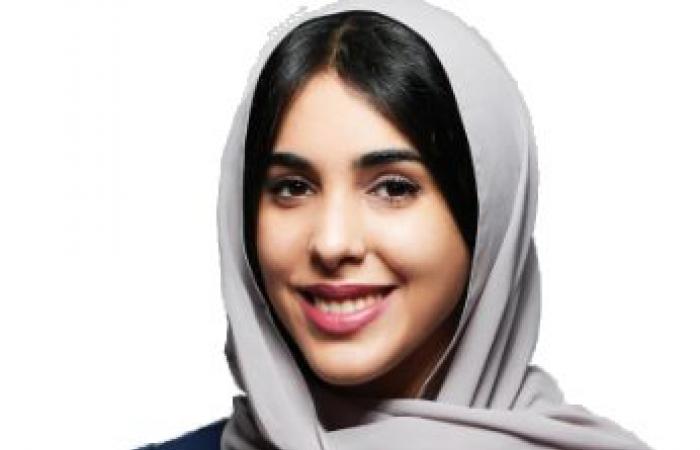 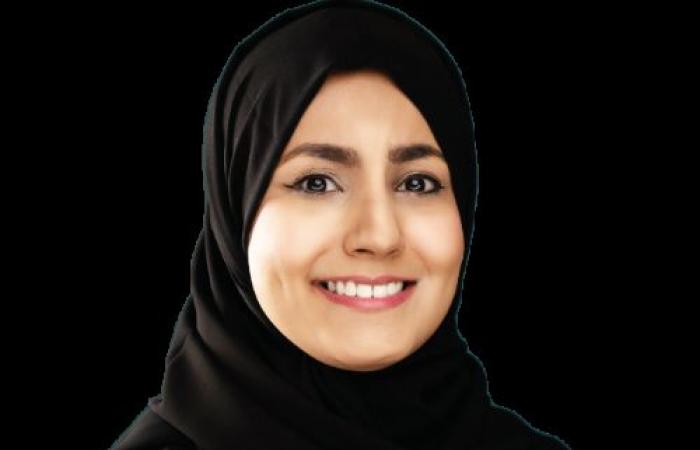 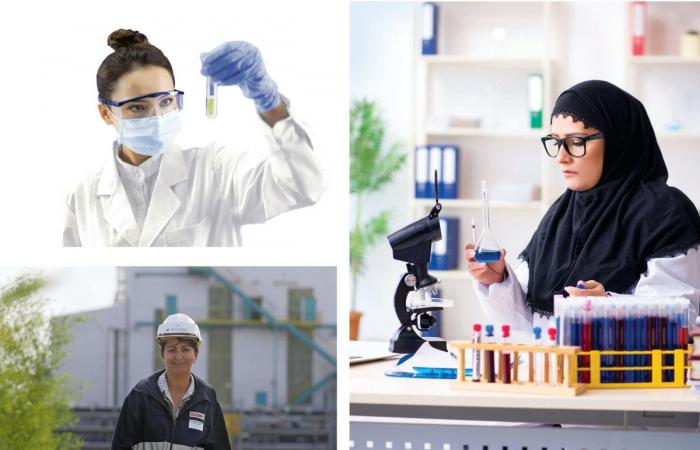 Jeddah - Yasmine El Tohamy - DUBAI: Saudi women are earning global recognition for their achievements in medical science and research. Two of them recently won awards from the L’Oreal-UNESCO for Women in Science Middle East Regional Young Talents Program for their work.

One of the women, Asrar Damdam, 27, was honored in the Ph.D. students’ category for her role in the development of a pump meant to revolutionize the way a healthy heartbeat is regulated — combining medicine, electrical engineering and electro-physics.

“There are some diseases and heart-related behavioral activities, like heart failure, that can happen suddenly, and researchers are developing new solutions to this problem,” Damdam told Arab News.

“We were investigating the possibility of building a soft-sleeve device with a built-in actuator to support the heart muscle and aid the pumping functionality.”

The project was not without its challenges. The only platform available on the market was rectangular, which did not conform to the heart’s natural shape. When Damdam began her research, she turned to nature’s geometries for inspiration, from spirals to spiderwebs, before settling on the honeycomb.

“The beehive structure, which is an array of honeycombs, is the nearest to the heart shape,” she said. “Building a flexible and stretchable array of honeycombs was a very interesting idea to me, although it included lots of challenges. I liked it and presented it to my professor, who liked it too and approved it.”

Damdam then had to consider materials. Silicon was her first choice, owing to its favorable electrical properties, its abundance and cheapness. However, with her initial design, it was found to be too delicate.

After graduating from the King Abdullah University of Science and Technology (KAUST) in August 2018, it took Damdam a year to make her breakthrough, following countless experiments at a highly sophisticated nano-facility.

“The structure must withstand the heart’s expansion and contraction behavior without breakage,” she said.

“To overcome the silicon fragility issue, I used the regular honeycomb shape with serpentine sides. I designed the platform with a serpentine-shaped interconnect to form the sides of every honeycomb cell and also to connect the cells with circular islands, which are located in the middle of each cell, to be used as a host for electronic components,” she said.

“The serpentine interconnects introduced the stretchability feature, so when the heart expands, the platform doesn’t break.”

Damdam says all bio-compatible devices must be flexible so that they can adapt to the natural movement of the body and skin. “To achieve this, I made it very thin — around 15 micrometres,” or 0.015 millimeters.

Although her project marks only the first step, aimed at proving the viability of the concept, its reconfigurability means the wider scientific community can build on the idea and explore the tremendous technological possibilities it opens up.

“The successful demonstration of the reconfigurability concept using silicon also enables a lot of applications in bio-medical electronics,” she said. “This was my main motivation. If this research is improved, then it can really help in the early detection of cardiovascular diseases, in multi-sensory platforms and in the development of artificial hearts for transplantation.”

With the platform now fabricated and her research published in Applied Physics Letters Journal, Damdam’s attention shifted to the world of start-ups, helped along by an entrepreneurial training program in California sponsored by the MiSK Foundation.

While there, she won a competition and received funding for her start-up idea of using ultraviolet light to extend the shelf life of food. She says young Saudis have enormous potential in the world of business.

“We are very capable, educated and supported,” Damdam said. “We should give back to our community and country, and actively participate and support the development process.”

Another Saudi woman honored, this time in the L’Oréal-UNESCO program’s postdoctoral researchers’ category, is Lama Al-Abdi in recognition of her research on chromatin — a substance within chromosomes consisting of DNA and protein — and the regulation of genes in relation to vision loss.

Al-Abdi, who is in her early 30s, began her project a few years earlier as an extension of her Ph.D. research at Purdue University, Indiana, examining how certain chemical modifications impact DNA.

“It does not change the DNA per se, but it changes the shape of the DNA itself and how it interacts with its surroundings,” Al-Abdi told Arab News. “These changes can be inherited from one generation to another and they play a very important role in development, embryogenesis, cancer, obesity, diabetes, complex diseases as well as very simple diseases, such as any eye abnormalities that we may see.”

Al-Abdi, who began examining the theme of vision loss as an undergraduate at King Saud University, now works at the King Faisal Specialist Hospital and Research Center in Riyadh. She has made significant contributions to medical understanding of mutations affecting the eye.

Al-Abdi and her team have recruited test subjects with eye abnormalities to determine whether their vision loss is the result of a mutation or a change in the DNA — or on top of the DNA — that may have contributed to the onset of disease.

“When I first started pursuing chromatin, I was just starting my Ph.D. and my professor invited a speaker,” she said. “The speaker started talking about modifications on the DNA, which, to me, was shocking because I had never heard of it before.

“I was just in awe because I thought I was quite well immersed in the field of genetics, but that was a whole new discovery, and I found that I knew nothing. That was the start and I was hooked.”

Al-Abdi is involved with several ongoing projects related to eye-development diseases and why more than one genetic abnormality can appear within the same family and what can be done to prevent suffering.

In spite of recent progress, women remain a minority in the science, technology, engineering and mathematics (STEM) professions, especially in the Middle East and North Africa (MENA).

According to 2018 figures from the UNESCO Institute for Statistics, just 28.8 percent of the world’s researchers are women. Female enrolment in engineering, manufacturing and construction courses stands at just 8 percent worldwide, while in natural sciences, mathematics and statistics it is 5 percent. For information and communications technology (ICT), the figure drops to a paltry 3 percent.

With female doctors, nurses and researchers playing a crucial role in the battle against COVID-19, experts have repeated their calls on schools, governments and employers in the region to do more to fix the imbalance.

Since announcing its goals for the Vision 2030 reform agenda, Saudi Arabia has been laying the groundwork for women’s empowerment.

Al-Abdi says she is thrilled to see young Saudi women benefiting from more encouragement and support to develop their interests and skills.

“I do see quite a lot of young talented women expanding their knowledge in all areas,” Al-Abdi said.

“I wish I had the tools and opportunities when I was younger, but now our government is putting a lot of effort into motivating, teaching and opening up opportunities that were not always available for us back then.

“It’s my dream to motivate and inspire people to do more.”

These were the details of the news Feats of two Saudis offer glimpse of Arab region’s female science talent for this day. We hope that we have succeeded by giving you the full details and information. To follow all our news, you can subscribe to the alerts system or to one of our different systems to provide you with all that is new.