The Saudi Ministry of Culture approves the licensing of two music... 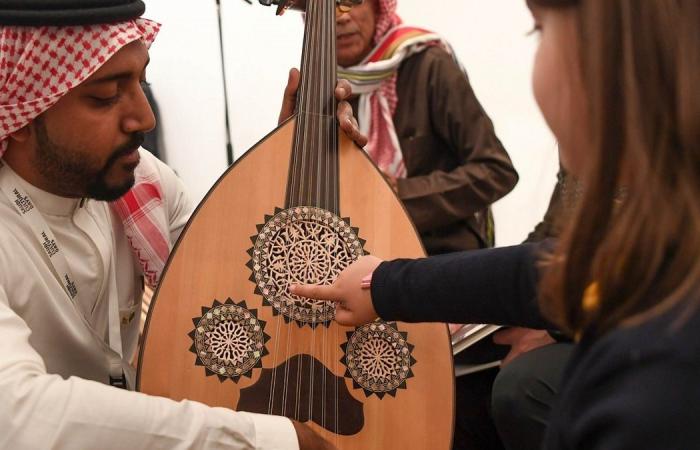 Approved Saudi, Today, Monday, two licenses were issued for two music institutes in the Kingdom, according to what was announced by the Minister of Culture Prince Badr bin Abdullah bin Farhan Al Saud.

The Saudi minister confirmed, in a tweet on his Twitter account, that the first two music institutes in the Kingdom have been licensed, explaining that submitting licenses applications in institutes will be through a specialized platform that will start its work after three months.

وتدخل Turki Al-Sheikh The head of the Saudi Entertainment Authority commented via the Minister of Culture’s tweet, stressing that the step was huge and long overdue, commenting that he would be one of the first students to apply at the institute.

Al-Sheikh wrote: “A great and long-awaited step, and I finally lived for this day .. May God preserve my lord Prince Muhammad bin Salman, the Inspirational Leader, and guide your steps, Your Highness Prince Badr, and grant you success.

The government advisor added, “My father considers me one of the first students at the institute … but your teacher’s penitent to the machine that he studies will be a surprise.”

For its part, the Saudi Ministry of Culture revealed, through a tweet on its official Twitter account, the first package of the list of licenses in cultural and artistic fields for individuals, training centers and institutes.

The statement added that “the licenses will also include the Literature, Publishing and Translation Authority, with a license for literary agency activity, and a literary agent license.”

The Ministry of Culture and the government entertainment authority are leading Riyadh’s plans to open up to the world, its arts and cultures, and to transform the country into a tourist and artistic destination intended for the world’s top artists and stars with their large audience, and to achieve financial returns, within the framework of plans to diversify the sources of budget revenues.

These were the details of the news The Saudi Ministry of Culture approves the licensing of two music... for this day. We hope that we have succeeded by giving you the full details and information. To follow all our news, you can subscribe to the alerts system or to one of our different systems to provide you with all that is new.