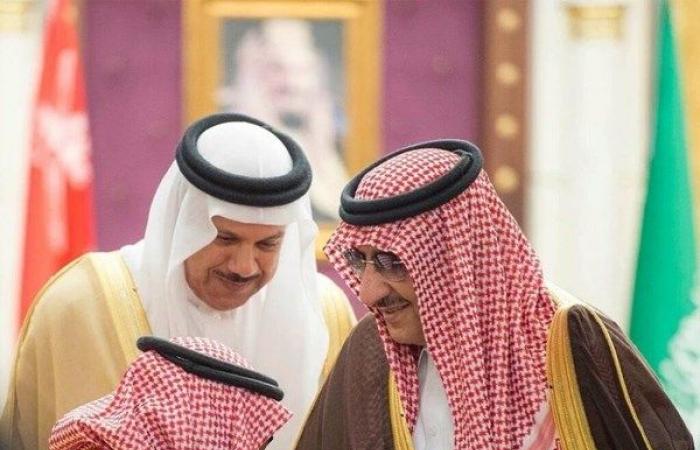 International lawyer Mahmoud Refaat quotes from a source he described as reliable that the two Saudi princes, Ahmed bin Abdulaziz and Muhammad bin Nayef, were transferred to a prison in the desert.

International lawyer Mahmoud Rifaat quoted a source describing him as reliable as saying that the two Saudi princes, Ahmed bin Abdulaziz and Muhammad bin Nayef, were transferred to a prison in the desert.

In his tweet on Twitter, Rifaat suggested that Saudi Crown Prince Mohammed bin Salman would execute the two princes as a preemptive step for the administration of US President-elect Joe Biden so that it would not find a replacement for him, he said.

It is noteworthy that the British “Middle East Eye” website reported that a group of British MPs and lawyers had launched an investigation into the case of two high-ranking Saudi princes who have been imprisoned in the Kingdom for six months.

Shortly after their arrest, reports surfaced of their arrest on charges of plotting to overthrow Mohammed bin Salman before his ascension to the throne, but some sources of reports later retracted, saying that they were arrested due to “accumulating misconduct.”

It is not yet known if formal charges have been brought against either of the princes, and few details have emerged about their whereabouts or circumstances, although lawyers representing Bin Nayef have expressed in recent weeks their concerns about the prince’s health and safety.

And at the beginning of this month, the official news agency reported that Saudi King Salman bin Abdulaziz and Crown Prince Mohammed bin Salman congratulated the US President-elect Joe Biden and his deputy, Kamel Harris, for winning the presidential elections.

For its part, Foreign Policy magazine said, “Mohammed bin Salman wagered heavily on the re-election of Donald Trump when he tacitly approved the decision of his Emirati counterpart Mohammed bin Zayed to sign a“ normalization ”agreement with Israel. The Saudi, who came at the expense of insulting Islamic sentiments on the global level, will make him appear more isolated. “

These were the details of the news Will bin Salman do it and execute the two Saudi princes,... for this day. We hope that we have succeeded by giving you the full details and information. To follow all our news, you can subscribe to the alerts system or to one of our different systems to provide you with all that is new.