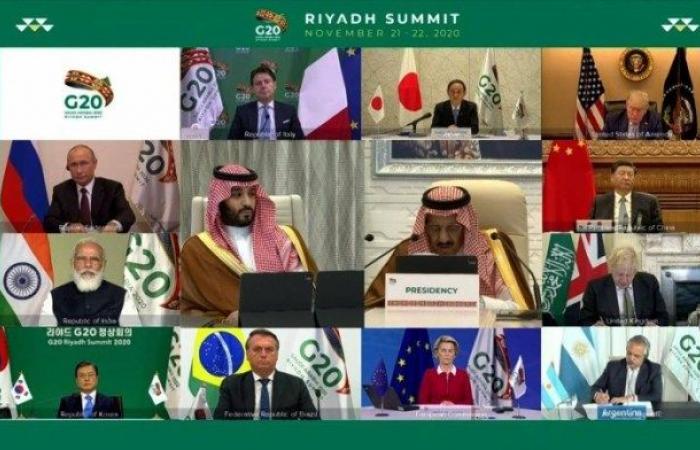 Diplomatic dealings are replete with glimpses that appear from the windows of politicians, from which are profound messages embodying the strength of relations between countries and the influence of their peoples, and from that recent appearance by British Prime Minister Boris Johnson at the G20 leaders meeting, as his image appeared in the presence of the Saudi and British flags.

The appearance of the Prime Minister of Great Britain was distinct from the leaders and leaders of states and delegations at the G20 summit, as he not only appeared as head of his country’s delegation at the summit, but also appeared to embody a deep relationship of a great kingdom .. which is Saudi Arabia, which he could not attend due to “bad” Luck », he says.

This symbolism, which is silent on its face, loud in its meanings, shines with essential words that Johnson praised in an interview singled out for the “Al Arabiya” channel and broadcast it today (Saturday). each other”.

Johnson’s words at the meeting were not without “green” hopes for Saudi Arabia, which is moving at a speed of 2030 years on the scale of time, as his words faded with his wishes to visit “the wonderful new city of Neom, which derives its energy from environmentally friendly hydrogen in an enviable climate. Shamsia does not run out, ”describing it as“ the most environmentally friendly future. ”

These were the details of the news Johnson and the Saudi flag … a “great” relationship between two... for this day. We hope that we have succeeded by giving you the full details and information. To follow all our news, you can subscribe to the alerts system or to one of our different systems to provide you with all that is new.