Economist / Secretary-General of the Cooperation Council praises the Kingdom of... 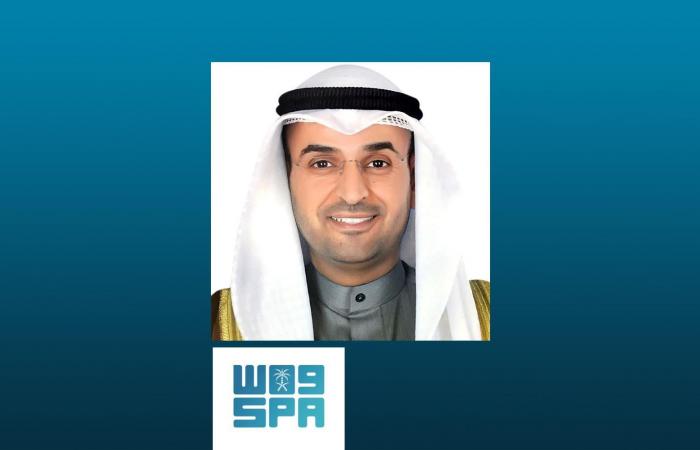 Riyadh 05 Rabi ‘Al-Akhir 1442 AH corresponding to November 20, 2020 AD SPA
His Excellency the Secretary General of the Cooperation Council for the Arab States of the Gulf, Dr. Nayef Falah Mubarak Al-Hajraf, praised the presidency of the Kingdom of Saudi Arabia for the G20 summit, which is being held virtually under the chairmanship of the Custodian of the Two Holy Mosques King Salman bin Abdulaziz Al Saud – may God protect him.
His Excellency the Secretary-General appreciated the great and exceptional efforts made by the Kingdom of Saudi Arabia during the period of its presidency of the G20 despite the circumstances sweeping the whole world, as the Kingdom demonstrated its leadership and pivotal role in preparing and managing the work of the summit and the meetings that took place at all levels during the period of its presidency of the G20, the matter. Which will reflect positively on supporting and strengthening international cooperation in facing crises and working for a better future for all, stressing that this deserved presidency and this great success represent a milestone in the G20 march, which makes us all in the GCC countries feel proud and proud of the capabilities, capabilities and success of the Kingdom of Saudi Arabia In leading the business of this summit.
His Excellency wished the Kingdom and its honorable people continued progress and success under the wise leadership of the Custodian of the Two Holy Mosques and His Highness the trustworthy Crown Prince – may God support them -.
// is over //
13:58 CE
0049

These were the details of the news Economist / Secretary-General of the Cooperation Council praises the Kingdom of... for this day. We hope that we have succeeded by giving you the full details and information. To follow all our news, you can subscribe to the alerts system or to one of our different systems to provide you with all that is new.

PREV Saudi health minister: COVID-19 vaccines will be available at pharmacies for free
NEXT Who’s Who: Nabil Khojah, secretary-general of the Economic Cities and Special Zones Authority