A new move to reveal the fate of the disappeared Saudi... 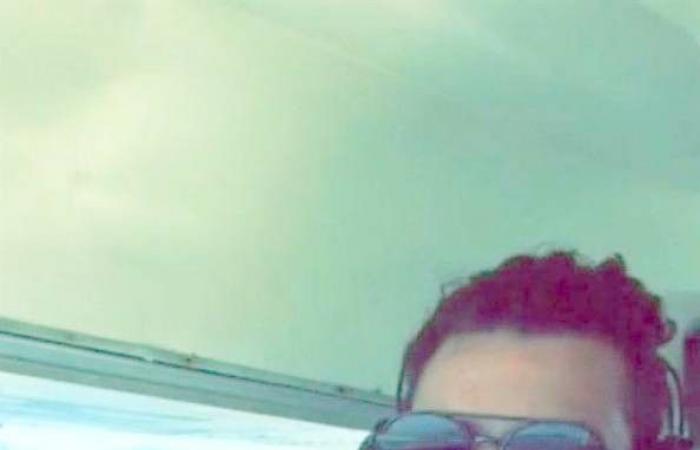 About 580 days after the disappearance of the Saudi pilot Abdullah Al-Sharif in the Philippines, the search for him continues, and his family confirms that the information they have is that the plane disappeared, did not crash, and that Abdullah and his Filipino companion are alive. The statement issued by the Saudi embassy yesterday (Wednesday) opened a new hope in uncovering the fate of the missing pilot in the Philippines Abdullah Khaled Al-Ayashi Al-Sharif, who lost contact with him during a training flight with his Filipino instructor. The embassy indicated that a high-level Saudi security delegation arrived in Manila, based on the directives of the Custodian of the Two Holy Mosques, to coordinate with the competent Filipino authorities to know the ongoing procedures and investigations in the case.The embassy added that it continues to coordinate continuously with the Philippine authorities, with the follow-up of the Office of the Presidency of the Republic, and embassy officials continue to hold meetings with all concerned parties to urge them to intensify research and investigations.

The issue of Al-Sharif’s disappearance witnessed several developments in previous times, including reports that the Philippine search teams had found information that may reveal his fate after his disappearance on May 17, 2018, and that information was based on studies on the take-off, direction, speed and loss of communication. And while Abdul Majeed Al-Sharif, the brother of the Saudi pilot, Abdullah, thanked the rational leadership for research and continuity, he called on the Saudi embassy in the Philippines to make more efforts to find his brother, and to take all measures to quickly solve the puzzle. He said that the delegations went 10 months ago and returned without any communication with them about what they reached, unless there was another delegation that had gone after the pandemic, and we do not know.

Earlier, the Sherif’s family explained to Okaz that these indicators came after analyzing the available information about the disappearance, using the latest devices to cover the specific search area in the sea and on the island of “Occidental Mindor”, with a total area estimated at 21 kilometers and a width of 7 kilometers. She explained that the search and rescue teams did not result in their search to find any wreckage, body parts, or belongings of the aircraft under water or above water, which is likely for them not to crash.

The family confirmed that the information they got from the Philippine authorities focused on finding a bag containing the pilot’s identity (the trainer), bank cards and personal photos of him with a fisherman. And confirms that the information indicates that the plane disappeared, did not crash, and that the sheriff and his Filipino escort are alive.

The mother of the honorable pilot confirmed in a previous interview with “Okaz” that her son was not in conflict or hostility with anyone, and he remained happy in his training, loved among his colleagues. She said that she received a call from him one day before his disappearance and that he was happy about his graduation after two months, and he conveyed to her his experience in piloting the plane alone for the first time, and he told her that he was happy and honored with this step, and he was able to land safely.

It is noteworthy that the honorable pilot was studying aviation with his brother at their own expense in the Philippines and disappeared during a training flight with his captain to the island of “Occidental Mindor”. He was not found, nor any wreckage of his plane, nor of the accompanying Filipino captain.

According to the family, one of the colleagues of the disappeared student confirmed that he called his mobile phone a week after his disappearance, and received a response for 5 minutes and a woman spoke about it, then she hung up. Doubts arise among the family about the fate of their disappeared son, with their conviction that he is alive,

Especially since the search teams in the Philippines found important information, which is that the “mobiles” that the two missing pilots were carrying are still working and receiving specific communications!

These were the details of the news A new move to reveal the fate of the disappeared Saudi... for this day. We hope that we have succeeded by giving you the full details and information. To follow all our news, you can subscribe to the alerts system or to one of our different systems to provide you with all that is new.