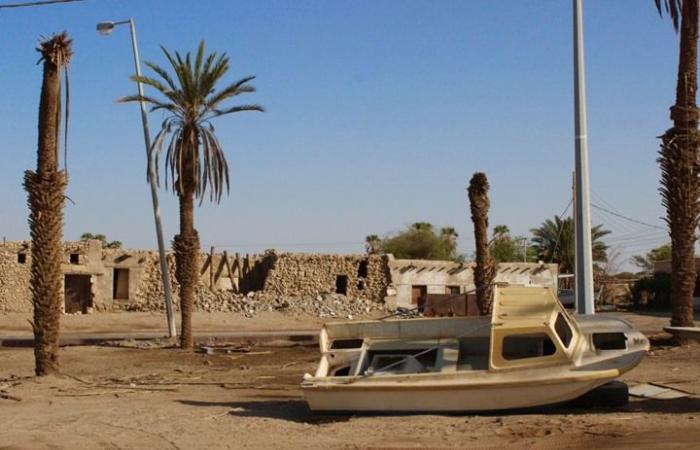 A study of the Joint Massachusetts Institute of Technology for the Science and Policy of Global Change said that Saudi Arabia faces a dangerous future, due to its climatic conditions, which may make it an uninhabitable place.

Recent studies of Saudi Arabia have indicated, in the long term, that rising temperatures and evaporation rates are likely to lead to the depletion of scarce water resources necessary to meet the country’s agricultural, industrial and domestic needs, and more severe flood events could endanger lives, economic life and infrastructure, and may lead to The combination of increased heat levels and humidity eventually made the kingdom uninhabitable.

Given the natural and artificial characteristics of Saudi Arabia, from coastal landscapes to riverbeds and agricultural areas, decision-makers seeking to design feasible plans for regional and local adaptation and resilience will require predictions of Saudi Arabia’s climate and extreme events in a spatial region that are more accurate than those produced by studies. Previous.

The climate forecast carries unprecedented horizontal resolution covering the entire kingdom, focusing exclusively on the months of August and November.

The team predicted an increase in temperatures by mid-century in all Saudi Arabia, including five strategic locations (the capital, Riyadh, Makkah and Madinah, and the future tourism site specified in Tabuk, and the port of Jeddah), in both August and November, and an increase in the temperature index in August (high temperature And humidity) which particularly threatens regional habitability in Jeddah due to the increasing frequency of hot index days.

The researchers also found an increase in the intensity and frequency of rainfall events by the middle of the century, particularly along the mountainous western coast of the country, indicating the potential for water harvesting, which could replenish local aquifers and supplement water supplies elsewhere, as a regional strategic adaptation area. Climate to avoid future water scarcity.

The forecast also showed a significant decrease in precipitation rates in a large area of ​​the desert extending from the southern part of the country known as the Empty Quarter.

These were the details of the news Saudi Arabia may become an uninhabitable place for this day. We hope that we have succeeded by giving you the full details and information. To follow all our news, you can subscribe to the alerts system or to one of our different systems to provide you with all that is new.