Where does Saudi Arabia stand on the issue of normalization with... 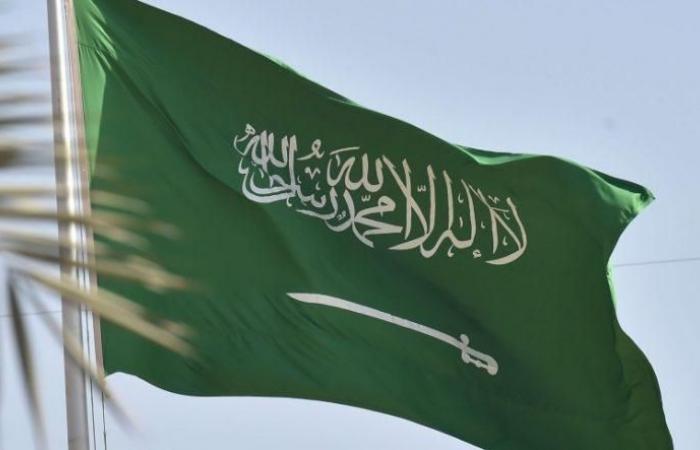 Within the framework of the momentum of peace and normalization agreements in countries in the Gulf and Africa, Israel has an interest in a similar agreement with the Kingdom of Saudi Arabia as well; For its political, economic and religious importance. But Saudi Arabia has different internal and external imperatives and sensitivity to it as well. The price of normalizing relations will be higher for it than the rest of the Gulf states. Thus, it is not clear when and under what terms will sign an agreement like the Ibrahim Accords. This article will analyze Saudi considerations – the opportunities and challenges accompanying the move to normalize relations with Israel – and will examine its meanings and opportunities.

Saudi Arabia has gone a long way from its well-known position in the past to support the Ibrahim Accords. This policy of “support from abroad” is reflected in the granting of permission to Israeli airlines to fly over its territory, in the coverage and (relatively positive) analysis of the many media outlets that are owned by the Kingdom and the statements of its officials in the past and present. Saudi Foreign Minister Faisal bin Farhan recently stated that the normalization of relations between the two countries is the end of it. However, he stressed the Kingdom’s commitment to resolving the Palestinian issue on the basis of the Arab Peace Initiative. The Saudis no longer save their whip on the Palestinian leadership over its generations, and accuse it, along with Israel, of being responsible for the lack of progress in the peace process.

Relations between Israel and Saudi Arabia have evolved over the years in a number of parallel channels: there is still a security-intelligence channel, which forms a solid, albeit narrow, basis for relations, and of course remains secret; There is also a quiet economic-commercial channel as well. In recent years, however, there is a channel with religious dialogue at its center. In addition to the secrecy that characterizes the overwhelming majority of relations, public relations have developed over time and today also include meetings between officials from both sides, especially those who held official positions, and the transmission of public messages. Despite the denials of Saudi officials, it is reasonable that the negotiations and agreements with the Cooperation Council and with the Emirates, Bahrain and Sudan were carried out with the knowledge and support of at least some of the Saudi leadership. As a rule, the agreements signed with these countries serve the kingdom and provide it with a barometer through which it can examine potential shifts and risks, including the public’s reaction to a potential agreement with Israel.

The Saudi leadership appears to be divided on the issue of normalization. While Saudi officials in the past and present make public statements regarding Israel, King Salman appears to be sticking to a more traditional stance toward Israel and the conflict between it and the Palestinians. In his September 2020 speech to the General Assembly of the United Nations, Suleiman once again linked between normalization with Israel and the latter’s commitment to a series of conditions based on the principles of the Arab Peace Initiative. The difference, as revealed by the Saudi leadership’s messages on this issue, may appear over the interest of preserving maneuvering axes that would allow in certain circumstances to step back or move forward towards normalization. And the possibility of normalization with Israel will increase with the death of Salman, and certainly if his son Muhammad is crowned crown prince. It is possible that the issue of normalization with Israel is also affected by bin Salman’s understanding to what extent this step may hinder his appointment, because he needs internal legitimacy.

In addition to domestic politics, the question arises to what extent Saudi society, which is mostly conservative, is open to signing an accord with Israel. So far, with the exception of some criticism, Saudi society has known how to contain significant social and economic change steps in recent years. However, this does not mean that a peace agreement with Israel will have such support. And as an aid to the normalization step, there are some recent structural changes in the Kingdom in the building and figures of the Shura Council and the Council of Elders, capable of providing a more comfortable framework and greater flexibility for the royal family to take such far-reaching steps.

The royal family does not hide its desire to change the internal discourse, including the religious. Religion plays a central role in the discourse in the Kingdom, as a means for the authorities to prepare hearts and freeze popular support for their policy. Bin Salman will continue to use the state-funded religious establishment to push back against objections and try to justify controversial political steps, including normalization with Israel. There is more evidence of adopting a more tolerant discourse towards Jews and Judaism, most likely with the aim of examining the street’s response by broadcasting messages of normalization and coexistence in the public discourse. The negative reactions to this effort come mainly from Saudi exiles, opponents of the regime for the most part, and not from citizens who are afraid to publicly express their views opposing the royal family.

The fruits of normalization

Establishing formal relations with Israel will help Saudi Arabia achieve a number of strategic goals. First, the skepticism of the Saudi elite has become evident in recent years that the United States is willing to stand by it when its vital interests are damaged. Saudi Arabia has a clear interest in that Washington is deeply involved in the Middle East, and maintains a higher commitment and sensitivity to Saudi interests, especially in everything related to Iran, and Riyadh sees an agreement with Israel as a way to strengthen its relations with the United States. It is possible that the Saudis will keep the position on the issue until after the elections in the United States, when they have something to give Biden, if he wins, of course. Strengthening relations with the United States is a supreme Saudi interest and also has an impact on bin Salman’s standing at home.

Secondly, the agreement with Israel is sufficient in its view to improve its image and standing as a country that has been damaged in recent years, due to some of the steps it has taken. This agreement is bound to improve this image, especially in Congress, and it is consistent with the Saudi attempt to market “moderate Islam” as part of an ongoing modernization process. Saudi Arabia has other potential advantages in the form of an agreement with Israel, although some are given to it without the need to announce the relations. But this announcement will facilitate, for example, more comfortable access to Israeli technology, and perhaps even enhance its position in the Islamic holy sites in Israel. It is noteworthy that the growing Saudi fear of Iran is a guarantee that it will be an encouraging element of rapprochement with Israel, and not of signing a formal agreement, as it can also be a factor of deportation.

The meanings that Israel extracts

For the kingdom, the issue of relations with Israel remains linked to the question of its stability and status. The assessment is that an agreement with Israel at the present time is one step further than it should be, but this does not mean that preparations have been made for it, especially in everything related to preparing the Saudi and Arab public opinion, which remains mostly against normalization with Israel. The more Saudi Arabia feels that it can monitor and control public discourse, the more safely it will take steps toward rapprochement with Israel.

In the last line, Saudi Arabia is taking deliberate steps towards normalizing its relations with Israel in the form of “creeping normalization.” With regard to the necessities and benefits, it is difficult to decide when and in what circumstances the kingdom will be preferred to join the Ibrahim Accords. The lesson in signing these agreements is that this possibility cannot be excluded. On the road to an agreement, the kingdom will study two basic metrics: the continuation and expansion of the Abraham accords and the improvement of relations between Israel and the Palestinians. An Israeli willingness to take steps that support the peace process will help these two parameters and help the possibility that Saudi Arabia finally normalizes its relations with Israel. To this end, there are other helpful factors, such as an American approval to sell F-35s and other advanced combat means to the Saudis, and internal changes in the Kingdom related to improving Israel’s position in public opinion and the identity of the Saudi king.

These were the details of the news Where does Saudi Arabia stand on the issue of normalization with... for this day. We hope that we have succeeded by giving you the full details and information. To follow all our news, you can subscribe to the alerts system or to one of our different systems to provide you with all that is new.