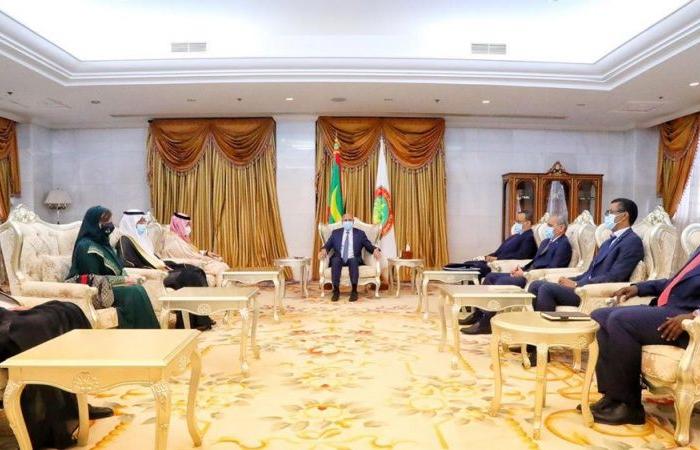 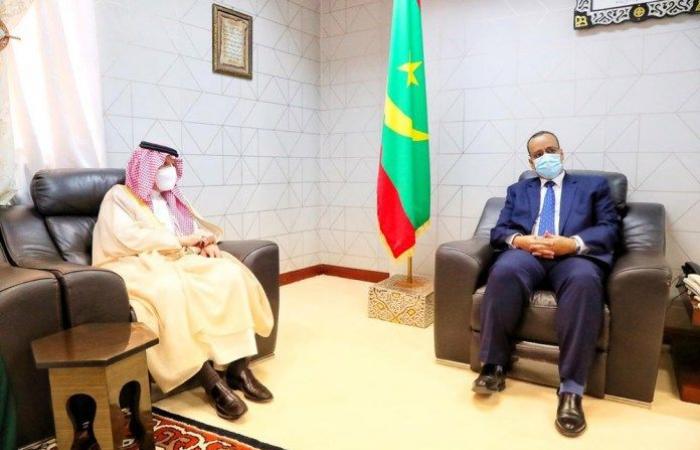 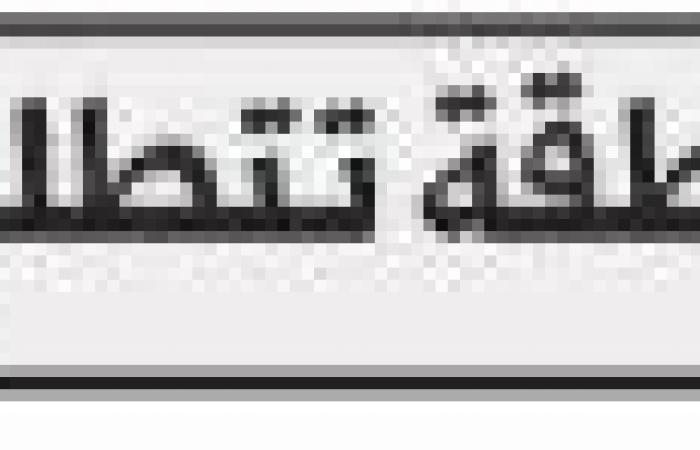 Riyadh / Nouakchott- During the last period, Saudi Arabia began to work to position itself in a position compatible with its capabilities and capabilities and according to its strategic options for the requirements of the current stage, especially in light of what the international system is witnessing of transformations that necessitate the rise of international and regional powers, which Riyadh seeks to be among them.

Within the framework of this goal, Riyadh relies on a foreign policy based on enhancing openness with the countries of the Maghreb and bypassing the stations in which it overlooked some regions, especially those in which Qatar and Turkey filled the void, taking advantage of the decline or absence of Saudi and Arab interest in them in general. Similar to the African arena, the key to structural changes in the international system.

In the past, Saudi Arabia entered into relations with the countries of the region, but it retreated for a limited period due to the circumstances that the Middle East and North Africa went through after the outbreak of the so-called “Arab Spring”. However, in recent years, it has returned with more momentum on various levels to start building new foundations of strength. Shared strategic interests.

Riyadh was helped in this by its possession of many elements of influence and the elements of strong connection with the Arab countries in the Maghreb, whether at the economic and financial level, which gives it opportunities to enter into partnerships and wide investments, or at the level of the religious symbolism of Saudi Arabia that helps it communicate easily despite some reservations.

The interesting thing is that the Salafis coming from Saudi Arabia were replaced by money and Sufi influence in the region and then “disappeared” after the attacks of September 11, 2001, to be replaced by Iran in financing proselytization campaigns and all this, according to analysts, was at the expense of the Sufi and Ash’ari / Maliki doctrines, which had always been for Morocco A traditional role in preserving it as the hub state in the region.

Iran has, to some extent, succeeded in entering the African field strongly, since the era of former President Ahmadinejad, by forming a wide circle of relations with many countries in the region and entering into economic and military partnerships embedded in the identity and culture of reference of Wilayat al-Faqih. When he was in power, Ahmadinejad affirmed that “there are no limits to expanding ties between Iran and African countries.”

What confirms that this scenario will succeed in a sustainable manner is that Saudi Arabia’s relations with Morocco revolve around the sphere of what is a strategic and historical one. The countries have one vision in the nature of the ruling regime as well as in the approach to world affairs, especially the Saudi position in support of the Moroccan Sahara issue.

The two countries also have the same position regarding the uprisings in 2011 that destroyed Arab countries, namely Yemen, Syria, Libya, and to a lesser extent Tunisia, given that the greatest danger threatening everyone is the same, which is terrorism and Islamic extremism, which has nothing to do with the Islamic religion.

Observers expect that Saudi-Maghreb relations will witness further development due to the official direction of Saudi King Salman bin Abdulaziz, which aims to consolidate and consolidate those relations and create an investment climate that allows Saudi capital to enter the market of the Maghreb countries, through the consensus gate on common files.

In light of Riyadh’s efforts to strengthen its relations with the countries of the Sahel Group, the Minister of State for African Countries Affairs, Ahmed bin Abdulaziz Al-Qattan, was sent last Thursday to Mauritania, in a visit whose outward character was economic, through a delegation from the Saudi Fund for Development, with the aim of reviewing the projects it finances and considering the possibility of opening a door New for investments, while it includes with it efforts to enhance close cooperation in important geopolitical files, foremost among which is combating terrorism and enhancing border security.

Saudi Arabia apparently pays special attention to Mauritania, as it is one of the first Arab countries to participate in the boycott of Qatar from the beginning, in protest against what Doha is doing to fuel discord in Mauritania and the Arab countries by financing terrorism and with the support of the global organization of the Muslim Brotherhood.

Political analyst Shaher Al-Nahari stressed during press statements carried by many Saudi media that Saudi-Mauritanian relations are old before Nouakchott joined the Arab League, and there is a lot of agreement between the two countries at many levels, including Arab and African.

According to observers, the choice of the timing of the visit seems remarkable. Mauritania, which presides over the current session of the G5 Sahel, which includes Mali, Chad, Niger and Burkina Faso, enjoys strong relations with the Gulf states, especially Saudi Arabia, while Nouakchott has gained great international attention. It is the center for fighting terrorism in the Sahel region

The regional grouping, which aims to joint coordination on terrorism and security issues, was established in 2014, at the initiative of the heads of the countries of the region facing common security and development challenges. Riyadh was one of the most prominent supporters of this gathering as it works in coordination with the French forces there.

“The recent Saudi visit comes in the context of strengthening Saudi support for Mauritania, and reviewing the development programs funded by Riyadh in Nouakchott,” said Abab Ould Banyouk, a member of the Mauritanian parliament, in statements reported by local media.

But he indicated in another statement to the Russian agency Sputnik that the visit comes in view of Mauritania being part of the Saudi-Emirati axis, as it enjoys very strong relations with them because the issue of combating terrorism and extremist ideology is an important part of Saudi policy, and it is one of the important axes discussed by the visit of Al-Qattan.

Experts sounded the alarm about the penetration of extremism in the Arab region, targeting the areas that were difficult to penetrate, especially the countries of the Arab Maghreb, prompting Saudi Arabia to adopt comprehensive strategies and build solid defenses based on internal self-security and bilateral and international agreements to help fortify the region, economically. And socially, from the tumor of terror.

Tunisia, Algeria, Morocco and Mauritania, whose internal legislation is in line with all international conventions related to combating terrorism, is working to submit periodic reports to the United Nations Committee to Combat Terrorism, but Libya, which has been suffering under the weight of a conflict that has been going on for nearly ten years, has become a geopolitical geopolitics to bring together extremists. Turkish and Qatari funds have an impact on it.

From this logic, analysts do not exclude Riyadh’s involvement in the means of combating terrorism from the gate of Mauritania because of its conviction in the efforts of multilateral and bilateral cooperation to eradicate this problem in all its forms and by supporting all the initiatives taken within the framework of the United Nations in this field, and to contribute significantly to the efforts aimed at adopting an international agreement. Comprehensive fight against terrorism.

Saudi Arabia is working to develop its partnerships within the framework of its pre-emptive war against the terrorist threat from various countries of the African and Arab region, as well as countries of the world, through the portal of training, sharing of intelligence information and military cooperation.

And Riyadh had strengthened its relationship in March 2016 with most African countries as part of the war against the extremist organization ISIS that appeared in Iraq in 2014, and the rest of the militant groups on the continent, especially since the countries of the Maghreb are considered among the countries threatened in the long term from the threat of these terrorist organizations. .

These were the details of the news Saudi Arabia returns to North Africa and the Sahel as a... for this day. We hope that we have succeeded by giving you the full details and information. To follow all our news, you can subscribe to the alerts system or to one of our different systems to provide you with all that is new.