We are working to bring about peace … and Saudi Arabia... 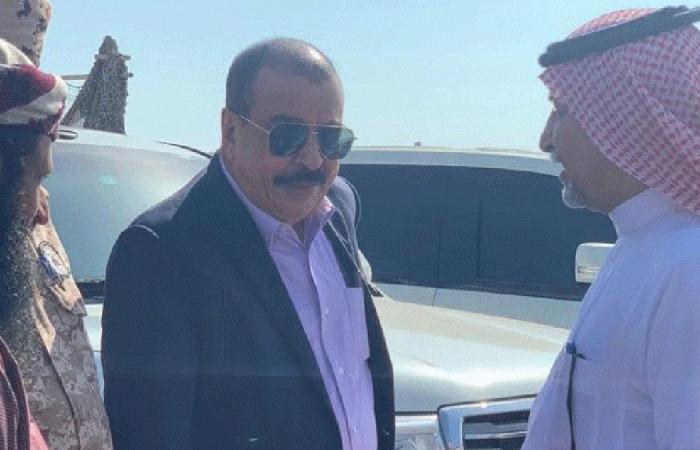 Acting Chairman of the Southern Transitional Council confirmed in To whomMajor General Ahmed Saeed bin Buraik, said that the Council “seeks peace and works to restore it,” reiterating its assertion of delivering all the plans required to implement the agreed mechanism to accelerate the implementation of the Riyadh agreement signed between the “transitional” and the Yemeni government.

This came during a meeting yesterday, Saturday, with Bin Buraik and the Secretary-General of the Transitional Presidency, Governor of Aden, Ahmed Lamlas, with the commander of the Arab Coalition Forces in the interim Yemeni capital, Aden Nayef Al-Otaibi, and the Saudi team to implement the Riyadh Agreement, at the coalition headquarters in Aden, according to the website. Official of the Southern Transitional Council, Sunday.

Bin Brik pointed out that “the plans handed down by the Southern Transitional Council included separating the forces in Abyan Governorate and transferring them to the fronts, as well as moving military forces outside the capital, Aden.”

The website stated that Bin Brik and Malas “reviewed during the meeting the efforts made by the Southern Transitional Council to implement the Riyadh Agreement and the mechanism for its acceleration.”

They emphasized that “the Southern Transitional Council seeks peace and works for its restoration, and puts the citizens’ needs at the top of its priorities.”

For his part, Aden Governor Ahmed Lamlas drew attention to “the steps that have been implemented on the ground by raising military appearances and points from some areas of the capital, Aden. For Aden to return to its peaceful civilizational and civil façade, in addition to efforts to stabilize the necessary and important services related to the life of the citizen in general.

The website of the Southern Transitional Council said, “The two sides affirmed their eagerness to implement the agreement, work on everything that would achieve peace, prepare the ground for the return of the government after its announcement, and launch the wheel of construction and development and unify efforts against the Houthi militia.”

The two sides discussed the level of progress in implementing the Riyadh Agreement, the mechanism for accelerating the implementation of its provisions, and means of uniting efforts to reach a comprehensive political process.

The website of the Southern Transitional Council quoted the commander of the Arab coalition forces in Aden as confirming that Saudi Arabia “attaches great importance to Aden and the liberated southern governorates, and that there is a package of important development projects that will make a remarkable shift in the economic life of these provinces.”

Bin Brik and Malmas also expressed “appreciation for the role and efforts of the brothers in the Kingdom and their standing by our people in the face of Iran’s expansion projects through its arm in Yemen, the Houthi group,” stressing that Saudi Arabia is “the strategic depth of the south and its permanent support.”

These were the details of the news We are working to bring about peace … and Saudi Arabia... for this day. We hope that we have succeeded by giving you the full details and information. To follow all our news, you can subscribe to the alerts system or to one of our different systems to provide you with all that is new.