Table of Al Hilal matches in the Saudi League 2021 and... 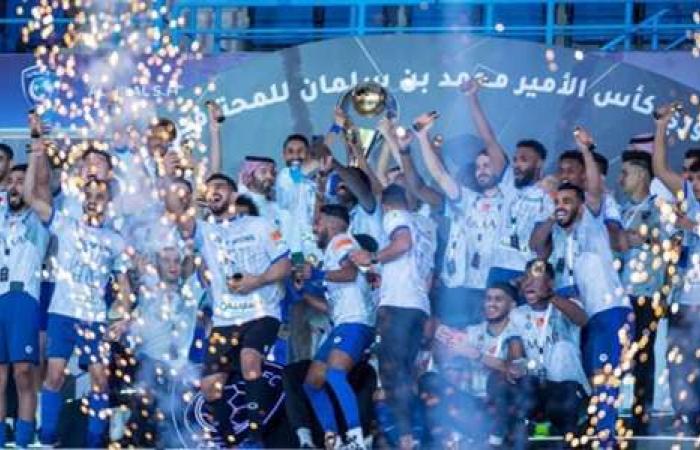 Learn about the match schedule and standings of Al Hilal in the Saudi League 2020-21 and the transmission channels, before the start of the Prince Muhammad Bin Salman Cup League on October 17, 2020

The new season of the Saudi League 2020-21 begins on Saturday 17 October 2020 corresponding to 30 Safar 1442 AH, with a new season expected to be strong and exciting for all football fans in Saudi Arabia and the Arab world.

Al Zaeem won the Prince Mohammed bin Salman Cup last season, and he is the historical champion of the league championship, where he has 16 titles, and has ranked second 15 times, followed by Al Nasr with 9 titles.

Al-Hilal has a number of great players, such as Pavitembe Gomes, Giovinco, Salem Al-Dossary and others, and he is one of the most important candidates to win the Saudi League this season, and add the seventeenth title in its history.

The previous season of the Prince Mohammed bin Salman Cup League was exceptional, as it stopped in the first months of 2020 due to the outbreak of the Corona virus, and after about 4 months it returned again, but the matches returned without fans and with great precautionary measures that are expected to continue at least with the start of the new season .

In this report, we will learn about the schedule of Al-Hilal matches and their ranking in the Saudi League 2020-21, and what are the channels that carry the matches?

What are the channels that carry the Saudi League?

The Saudi League matches are broadcast on Saudi sports channels for free without encryption in HD and SD technology.

And if you, dear reader, cannot follow the matches on television, you can follow the written broadcast provided by the Goal website for Al Hilal matches, which usually starts half an hour before each match.

Table of Al Hilal matches in the Saudi League 2020

Al-Hilal will start its matches in the Saudi League 2020-21 against the newly promoted Al-Ain, and the date for the Riyadh derby against Al-Nasr is November 21, 2020.

These were the details of the news Table of Al Hilal matches in the Saudi League 2021 and... for this day. We hope that we have succeeded by giving you the full details and information. To follow all our news, you can subscribe to the alerts system or to one of our different systems to provide you with all that is new.