The return of the Saudi incitement to the Turkish economy 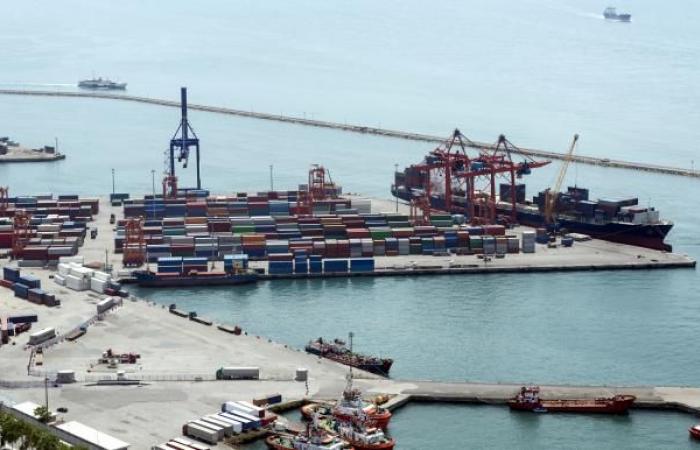 The dispute between Turkey and Saudi Arabia casts its shadow over trade, investment and tourism (Getty)

The head of the Saudi Chambers of Commerce, Ajlan Al-Ajlan cut off doubts with certainty, and proved that incitement to boycott Turkish products and abuse of investment and the lira is not an improvisational popular act, or even “electronic flies” campaigns, but rather an official Saudi approach, as he called for a boycott of Turkish products and goods, under the pretext of differences Policy between Ankara and Riyadh on a number of regional issues.

Al-Ajlan said, in a tweet on Twitter, a few days ago, that boycotting Turkish products is a “duty of every citizen who holds Saudi nationality,” because, in his opinion, Turkey’s stances follow a “hostile” policy against his country and works to harm Riyadh’s interests in the region.

The president of the Kingdom’s chambers of commerce not only called for a boycott of Turkish production, but rather called on the merchant and consumer to boycott investment, import and tourism, considering that, “a responsibility that falls on the shoulders of every Saudi.”

The Saudi official transferred the dispute to the playing field instead of skepticism and expectations, as Turkey, even before Al-Ajlan’s tweet, saw the matter as “information and rumors,” as announced by the head of the Turkish Foreign Economic Relations Committee, Nael Olubak.

Olubac kept on the “hair of Muawiyah” as it is said, linking all boycott calls to rumors, “unless they are officially confirmed by Turkish companies or the official Saudi authorities” despite his admission that his country’s exports to Saudi Arabia have declined by 17% this year compared to last year’s exports.

The head of the Turkish Foreign Economic Relations Committee, in statements on Tuesday, referred to several meetings held this year with Saudi businessmen, to discuss the reason for the decline in their import of Turkish products, and the answer was, “It is a matter of focusing on consuming their local products.”

Saudis had recently renewed their calls to boycott Turkey through social media, against the backdrop of the difference of views on political affairs between Ankara and a number of countries of the Gulf Cooperation Council, calling on “Twitter” the% marking the ban on Turkish products, which remained on the list of the most popular hashtags in Saudi Arabia, the Emirates and Bahrain. While others called for banning Turkish soap operas, and some went to demand a boycott of tourism in Turkey.

The businessman sees Mustafa. S., who preferred not to have his full name mentioned, that the capital is governed by politics in one way or another. “We cannot continue to invest in Turkey if our state explicitly requests us to do so,” but it has not yet done so.

The investor in the agricultural sector in Turkey added to “The New Arab”, “We attracted the investment climate in Turkey and nationalized many projects, with agriculture and animal agriculture, but the continuation of the dispute between the two countries left us with a lake this period. We did not withdraw, but we are waiting for the expansion.”

He pointed out that his intention, and the intention of his partners, was to enter the real estate sector this year, because in his opinion, “a seductive sector, especially after the decline of the Turkish lira’s exchange rate.”

The businessman coming from Jeddah, Saudi Arabia to the Turkish Ottoman Province, points out that the impact of investments began in 2017, when Turkey deployed its forces in Qatar, and escalated after the killing of the Saudi journalist Jamal Khashoggi in Istanbul in 2018, and the tensions are still continuing, “but that is an uncomfortable factor for the head Money and we need clarity to continue or withdraw. ”

According to identical sources, the dispute between Turkey and Saudi Arabia is casting its shadow over trade, investment and tourism, as Turkish companies accused Saudi Arabia of obstructing the transfer of goods from Turkey to the Kingdom, suggesting that the political tension between the two regional powers is gradually moving into the field of trade.

According to what was reported by “Bloomberg” agency, these allegations prompted a Turkish official familiar with the matter to warn that Ankara does not rule out filing a complaint with the World Trade Organization.

The agency had indicated, in a report, last Friday, that the Turkish agent of “AP Moller-Maersk A / S” said in an email sent on September 29 that goods destined for Saudi ports “will be subject to a possible ban on imports.” Or slowing down customs traffic. ”

In turn, the owner of the “Gulsan Transport” company, Kamal Gul, said that the passage of goods transported by land to Saudi Arabia was prevented, indicating, according to “Bloomberg”, that the Corona epidemic gave the Saudi authorities an excuse to restrict the arrival of Turkish goods, “We have not encountered such problems with Iran or Iraq, and it seems to me that they will impede sea transport now. ”

The Turkish economist, Ozcan Oysal, told Al-Arabi Al-Jadeed, “First of all, it is regrettable that the relations between the two countries worsen, but I hope that the political differences will not be reflected on the economy and the interests of the two peoples.” In his opinion, separation is necessary and “this is in everyone’s interest.”

Oaisal added, “I worked in the Kingdom of Saudi Arabia and with Saudi businessmen for many years, and I know the popular mood and the pattern of consumption there. Saudis prefer Turkish products and welcome Turkish engineers and craftsmen, and Turkey has become their favorite tourist destination ten years ago, whether for medical tourism or for recreation and vacation periods.” They own homes and lands in the cities of the Black Sea in great numbers. ”

The Turkish economist concludes, “During the political tensions between the two countries, which varied for two years, business, investments, and even tourism declined. I worked for seven years between Istanbul and Riyadh and concluded and facilitated thousands of commercial and real estate deals, but this period, caution and hesitation prevailed.”

It is noteworthy that Saudi Arabia ranks 15th in the list of the largest Turkish export markets, as its sales, led by textiles, carpets, chemicals, grains, furniture and steel, amounted to 1.91 billion dollars in the first eight months of this year.

If you exclude the 2020 indicators attributed to the Corona epidemic, reviewing them in general and for all countries of the world, then the trade exchange between Saudi Arabia and Turkey ranges at six billion dollars last year, while it exceeded eight billion in 2012, and the hopes were that it would reach 10 billion dollars, after the president’s visit. Turkish Recep Tayyip Erdogan to the Kingdom in 2017 and the visit of the King of Saudi Arabia to Ankara in 2016.

While Saudi exports to Turkey amount to $ 2.5 billion, compared to imports from Turkey at $ 3.5 billion, Saudi investments in Turkey are estimated at more than $ 11 billion, and they are concentrated in the real estate sector about 25% of the volume of investments, “249 companies” in addition to Investments in the industrial, energy and food sectors.

On the other hand, the number of Turkish companies in Saudi Arabia is about 200, with an investment of $ 642 million.

These were the details of the news The return of the Saudi incitement to the Turkish economy for this day. We hope that we have succeeded by giving you the full details and information. To follow all our news, you can subscribe to the alerts system or to one of our different systems to provide you with all that is new.