Work visas in Saudi Arabia decline 91% in the second quarter... 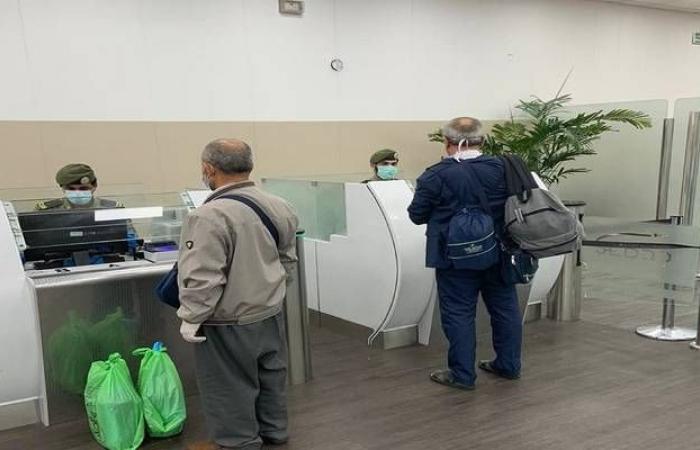 Riyadh – Mr. Jamal: Work visas issued by the Kingdom of Saudi Arabia to foreigners decreased by 91% during the second quarter of 2020 year on year. In light of the exceptional circumstances that the world went through in general and the Kingdom in particular as a result of the outbreak of the new Corona virus “Covid-19”, which was reflected in international travel and movement and the exit and entry of expatriates into the Kingdom.

The number of visas decreased in the second quarter of this year, according to a survey prepared by “Mubasher” based on the data of the General Authority for Statistics, by 502.86 thousand visas for the total number of visas issued according to the administrative records of the Ministry of Human Resources and Social Development and the National Information Center in the same period of 2019.

The total number of issued work visas decreased to 49.57 thousand visas only during the second quarter of 2020, compared to 552.43 thousand visas issued in the same quarter last year.

On April 29, 2020, the Saudi Ministry of Human Resources and Social Development, in cooperation and coordination with the Ministry of Foreign Affairs, announced the start of implementing a mechanism to allow the cancellation and refund of fees for work visas for workers in the private sector.

The decision included work visas for workers in the private sector that were granted by the Kingdom’s missions abroad on passports, and were not used due to the suspension of international flights.

On March 16, the Ministry of Human Resources and Social Development decided to temporarily suspend the procedures for mediating the recruitment of domestic workers, through the electronic contracting system, until further notice.

The number of visas issued in the second quarter of this year was affected by the decrease in the number of work visas issued to the private sector by 89.6%, equivalent to 275.47 thousand visas for the same period last year.

On a quarterly basis, work visas issued to workers in the Kingdom decreased by more than 91.5% during the second quarter of 2020, with a decrease equivalent to 534.18 thousand visas compared to the total number of 385.75 visas issued in the first quarter of the same year, which amounted to 385.75 thousand visas.

Work visas issued to males in the first quarter of 2020 amounted to 471.24 thousand visas, compared to 112.51 thousand visas for females.

On March 23, the General Directorate of Passports called on all residents inside the Kingdom who have final exit visas and exit and return visas to quickly initiate their cancellation before their expiry.

On March 20, the Saudi government decided to exempt expatriates whose residency has expired from the date until June 30, 2020, from the fee, by extending the period of their residency for a period of 3 months without charge, and enabling employers to recover fees for issued work visas. It was not used during the ban on entry and exit from the Kingdom, even if it was stamped in the passport, or extended for 3 months without charge.

The average salaries of Saudis decline to 9.97 thousand riyals … and the wages of expatriates rise by 2.17%

Statistics: The number of Saudi workers decreased and the number of foreign workers increased in the second quarter

These were the details of the news Work visas in Saudi Arabia decline 91% in the second quarter... for this day. We hope that we have succeeded by giving you the full details and information. To follow all our news, you can subscribe to the alerts system or to one of our different systems to provide you with all that is new.