Mujtahid tweets about “a new Saudi escalation against Turkey”! 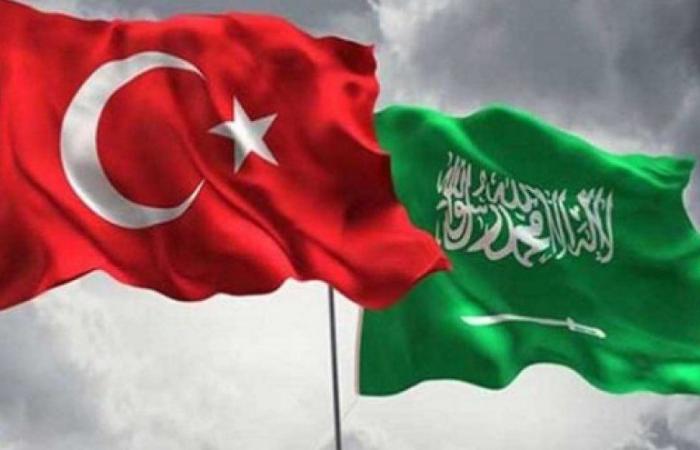 A diligent account on Twitter stated that the Kingdom’s authorities exercised pressure on investors in Turkey by preventing them from traveling, if they were inside the Kingdom.

He added that those who were lagging in the implementation of the Ministry of Trade’s order were taken by the authorities to prison. As for the lucky ones residing outside Saudi Arabia, their property was confiscated inside, and some of them tried to get rid of it before confiscation and sold it at a low price.

Thus, “diligent” confirms what was published by the Turkish opposition newspaper, Cumhuriyet, on Sunday, about forcing the Saudi Ministry of Trade for merchants to stop importing from Turkey by signing written undertakings.

The newspaper pointed out that the pledges made by traders importing from Turkey in recent weeks included not to import again from the Turkish market, after they were summoned for investigation.

She pointed out that the Saudi move aims to cut economic relations with Turkey in a comprehensive manner, as “trade” has ordered those who have a large investment in Turkey to authorize those who sell their investments and return money to the Kingdom, while preventing them from traveling until implementation.

The “Cumhuriyet” had stated, on Sunday, that Saudi Arabia will prevent the entry of Turkish goods to its lands, starting from the beginning of next October, pointing out that Saudi Arabia ranks 15th among the countries to which Turkish products are exported.

She added that the Saudi authorities had asked the company “Ulker”, which owns a factory in the Kingdom, not to bring raw materials from Turkey.

According to the site, Saudi Arabia’s war on everything Turkish has reached the point of stopping the import of Turkish goods manufactured in Germany, in addition to terminating contracts for Turkish employees in the Kingdom.

It is noteworthy that the volume of Turkish exports to Saudi Arabia amounts to $ 3.3 billion, and home furniture is one of the most exported products to the Kingdom, in addition to all hotel needs, fresh fruits, vegetables, foodstuffs and textiles.

These were the details of the news Mujtahid tweets about “a new Saudi escalation against Turkey”! for this day. We hope that we have succeeded by giving you the full details and information. To follow all our news, you can subscribe to the alerts system or to one of our different systems to provide you with all that is new.