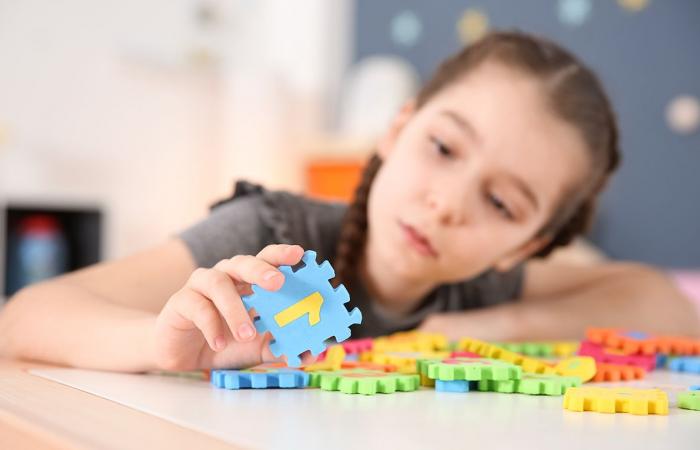 Jeddah - Yasmine El Tohamy - LONDON: Arab News en Français is partnering with Saudi Arabia’s Experience AlUla to highlight the collaboration between the Kingdom and one of France’s leading research institutions in opening up one of the last forgotten wonders of the ancient world.

At the virtual launch on Tuesday of the new French-language news website, Randa Takieddine, the chief Paris correspondent of Arab News en Français, signed a memorandum of understanding (MoU) with Experience AlUla, the organization set up by the Royal Commission for AlUla (RCU) to ensure that the remarkable heritage destination in the Kingdom’s AlUla region becomes widely known throughout the French-speaking world.

The RCU said that the aim of the MoU, the latest in a series of international agreements it has signed, was “to enhance knowledge and enrich content in French focusing on archaeology, heritage, history, and sustainable tourism” in the AlUla region.

Takieddine said: “Storytelling is at the heart of what we do at Arab News and there is nothing that gives us more pleasure than to tell the untold story of the extremely rich history of AlUla to a whole new audience.”

The relationship between the two organizations, she added, “also helps us emphasize the importance of cultural stories, which are at the heart of what we do at Arab News.”

The first product of the collaboration is an Arab News Deep Dive online presentation, titled “The Rebirth of AlUla,” which is available in French (http://arabnews.fr/alula).

Hanouf Houthan, of the RCU, said: “We are delighted to partner with Arab News en Français, as we work to further establish AlUla as an international cultural destination and showcase our heritage, history, culture, and landscape to the world.

“This effort is based on protecting and responsibly developing AlUla’s outstanding natural and cultural heritage, with our community at the heart of all our actions.”

Speaking at the event, Houthan said: “The French-speaking audience is of particular importance to us, not only in France but also internationally.” She added that the launch of the partnership with Arab News was “a continuation of the cultural cooperation with France, especially with the French language, to develop AlUla and its spirit of inclusion and openness to the world.”

The RCU said AlUla’s transformation into “a hub of exploration, protection, and opportunity” was continuing to accelerate and create a unique cultural landscape. Within the past year, AlUla hosted the second annual Winter at Tantora Festival, the first Desert X AlUla, and the Hegra Conference of Nobel Laureates, sparking a cultural dialogue.

In October 2019, Saudi Arabia opened to the world with the launch of a new tourism visa for citizens of 49 countries, which further speeded up development.

France’s involvement with AlUla dates back to 1907, when two French Dominican priests, Antonin Jaussen and Raphael Savignac, made the first documented modern exploration of the ancient city of Hegra, which sits at the heart of the historic region.

Situated 1,100 km northwest of Riyadh and 200 km inland from the Red Sea, Hegra had until recently been little known outside of Saudi Arabia and the global archaeological community.

Set on a large plain southeast of the Hijaz mountains, studded with hills of sandstone dramatically sculpted by the northwesterly winds that have blown through the region every spring and early summer since the dawn of time, the city was created by the Nabataeans, the still largely mysterious people whose Arabian empire of trade flourished more than 2,000 years ago.

Hegra’s most dramatic manifestation is the vast and spectacular necropolis of tombs, carved out of the surrounding rocks, that overlooks the site of the ancient city on all sides.

This was the second city of the Nabataeans, who also created Petra, which lies almost 500 km to the northwest in modern-day Jordan. For centuries, the two cities were connected by the ancient trading routes dominated by the Nabataeans. But unlike Petra, long known to the world as a tourist destination, Hegra and its treasures have until now remained largely undiscovered.

Since 2001, when an agreement was signed between the French Foreign Ministry and the Saudi Ministry of Antiquities and Museums, Hegra and the entire surrounding AlUla region – an area almost the size of Belgium, rich in archaeological sites – has been the subject of one of the world’s most exhaustive archaeological investigations.

These have been carried out jointly by the French National Center for Scientific Research (CNRS) and the department of archaeology at King Saud University in Riyadh.

In 2008 that work, co-directed by French archaeologist Laila Nehme, a faculty member of the CNRS, led to Hegra becoming the first site in Saudi Arabia to be listed as a UNESCO World Heritage Site. Four more historic sites in the Kingdom have since followed it onto the list.

The development of AlUla is a key priority for Saudi Arabia’s Vision 2030 reform plan, under which the Kingdom is being increasingly opened up to the outside world. The development of the country’s largely untapped cultural and tourism potential is destined to play a key role in diversifying the nation’s economy away from reliance on fossil fuels and toward a more sustainable future.

As a measure of the value placed by the Saudi government on the potential contribution of AlUla, the chair of the board of the RCU, founded in 2017, is Crown Prince Mohammed bin Salman, who launched Vision 2030 in 2016.

In 2018 the archaeological collaboration between France and Saudi Arabia at Hegra led to the creation in Paris of the French Agency for AlUla Development (Afalula), which was founded to support the Kingdom in the economic, touristic, and cultural development of the AlUla region.

Storytelling is at the heart of what we do at Arab News, and there is nothing that gives us more pleasure than to tell the untold story of the extremely rich history of AlUla to a whole new audience.

The partnership was launched by French President Emmanuel Macron at the Elysee Palace on April 10, 2018, in the presence of the crown prince. It demonstrated, said Macron, “our commitment to a partnership that is focused on archaeology, heritage, and culture, in addition to tourism and the economy, and that forms part of a Saudi initiative aimed at showcasing its rich culture and its roots in some of the most ancient civilizations on the planet.”

It is the vision of the RCU and Afalula that AlUla will be transformed into a “living, open museum,” complete with a unique network of museums, archaeological sites, and luxury hotels, all of which will create job opportunities for the local community and boost the region’s economy.

With $20 billion of capital at its disposal, the Saudi-funded Afalula is working to support the growth of infrastructure, archaeology, and tourism in the historic valley with the aim of attracting 2 million visitors a year to the site by 2035, in the process creating 35,000 local jobs.

Paris was given a glimpse of the treasures of Hegra and the surrounding region at the exhibition, “AlUla, Wonder of Arabia,” which ran at the Arab World Institute between October 2019 and January. The launch of the exhibition was attended by Prince Badr bin Abdullah bin Farhan Al-Saud, Saudi Arabia’s culture minister and governor of the RCU, and Franck Riester, the French Minister of Culture.

Guests from the fields of archaeology, arts, culture, and nature included prize-winning French architect Jean Nouvel, who is designing a luxury tourism resort for AlUla. The RCU said the Sharaan Resort, one of a series of developments planned for the area, will be “a leading international destination – a stunning, truly unique and instantly recognizable piece of architecture that respects and responds to the integrity and authenticity of a desert environment that has remained unaltered for millennia.”

The resort, to be located in a valley deep inside the newly created Sharaan Nature Reserve, a dramatic landscape of high cliffs, rocky plateaus, and spectacular sand dunes, is part of a broader master vision for the area that includes an International Summit Center intended to serve as a meeting point for world leaders.

These were the details of the news Saudi center helps families of autistic children cope with COVID-19 challenges for this day. We hope that we have succeeded by giving you the full details and information. To follow all our news, you can subscribe to the alerts system or to one of our different systems to provide you with all that is new.