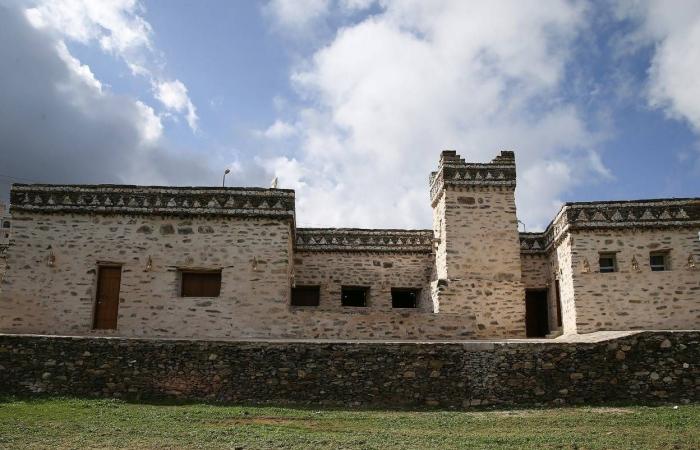 RIYADH — The first phase of the Muhammad Bin Salman Project for Historical Mosques Renovation has been completed at a cost of more than SR50 million. Total renovation and development of 30 mosques in 10 regions of the Kingdom was covered during the first phase, which was implemented within 423 days.

The project was implemented under the direction and follow-up of Crown Prince Muhammad Bin Salman, deputy premier and minister of defense, who had directed earlier to renovate 130 historical mosques across the Kingdom spanning over a number of phases.

Saudi companies, which are experienced and specialized in the construction and renovation of heritage buildings, have implemented the first phase of the project. These companies ensured the involvement of Saudi engineers to guarantee the preservation of the original architectural identity of each mosque ever since its foundation, and that was carried out under the Program for the Reconstruction of Historical Mosques at the Ministry of Culture in partnership with the Ministry of Islamic Affairs, Call and Guidance, the Saudi Commission for Tourism and National Heritage (SCTH) and the Saudi Society for the Preservation of Heritage.

The project took into account minute details to recover the basic design of the mosques using local heritage materials, and added new necessary elements, such as prayer rooms for women, services for people with special needs and the development of service facilities such as air conditioning, lighting and acoustics, and their implementation in a manner consistent with the mosque’s historical identity.

It was discovered that the age of these historical mosques, spreading in different regions of the Kingdom, varies between 1432 and 60 years. One of them was established in the era of the Prophet’s companion Jarir Bin Abdullah Al-Bajali, namely Jarir Al-Bajali Mosque in Taif governorate. Some of these historical mosques were known as beacon of knowledge, such as Sheikh Abu Bakr Mosque, which was established more than 300 years ago in Al-Ahsa governorate.

Since the beginning of the month of Jumada Al-Awwal 1441, the newly renovated mosques, under the first phase, started receiving worshipers after being closed for more than 40 years. These mosques have turned into historical religious symbol that would preserve religious heritage and Islamic architecture along with the ongoing revival of the heritage villages and historical cities.

The Crown Prince’s support for the historical mosques, which is the largest in history in terms of the number of mosques and the total cost, emanates from the great position attached to mosques in the religion of Islam, in addition to being one of the most important features of the urban architectural heritage and the originality of its architectural character.

The renovation works started with conducting studies, documenting the historical and architectural dimensions of each mosque, reviewing all challenges surrounding these mosques, and maintaining the architectural style that distinguishes each region of the Kingdom which some of them depend on building with stones and others with clay and the use of local wood that characterizes each region.

The renovation process has preserved the architectural character of the mosques in terms of stucco decoration and heritage ceilings, with mosque courtyards that were the meeting place of the people of the villages on special occasions as well as for receiving their guests and for consultations in achieving social solidarity and finding amicable solutions to their disputes.

Moreover, the renovation process focused on restoring sections that have long been distinguished by old mosques, such as the “Khalwah,” a term that means an underground pray area or a backend pray area at a certain height that protects the worshipers from cold weather while performing prayers. Attached reception areas for guests, who are passing through, as well as areas for ablution and traditional wells of the mosque were also preserved.

The project would boost keenness in developing the heritage villages and towns as well as historical cities in the Kingdom, and the renovation of those mosques for worship after having been left abandoned in the past several years, as the Kingdom went through a rapid urban development during the past four decades.

One of the effects of this was the trend towards building modern mosques, neglecting most of the historical mosques, and sometimes even demolishing them and building new ones in their place, or leaving historical mosques and moving to other modern mosques, leading to the disappearance of many of them. Many of these mosques are located in heritage villages, most of them deserted, in addition to emphasizing restoring their architectural originality in accordance with the data of geographical locations.

The mosques that were renovated during the project’s first phase are the following:

These were the details of the news 30 historic mosques renovated spending SR50 million under 1st phase of Muhammad Bin Salman Project for this day. We hope that we have succeeded by giving you the full details and information. To follow all our news, you can subscribe to the alerts system or to one of our different systems to provide you with all that is new.