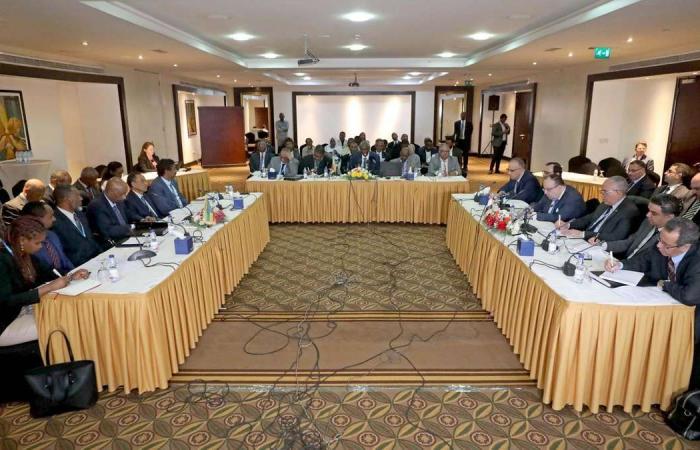 Thank you for your reading and interest in the news Egypt, Ethiopia and Sudan edge closer to Nile dam agreement, says minister and now with details

Hind Al Soulia - Riyadh - Egypt, Ethiopia and Sudan have come closer to agreeing on the filling the reservoir of and operating the giant hydroelectric dam that Ethiopia is building on the Blue Nile, the Sudanese irrigation minister said on Sunday.

Cairo is worried the Grand Ethiopian Renaissance Dam (GERD), under construction near Ethiopia’s border with Sudan, will restrict supplies of already scarce Nile waters on which it is almost entirely dependent.

Ethiopia begun the GERD project in 2011 to try and provide electricity to more than half of the country’s population, while becoming Africa’s largest power exporter.

“Proposals were submitted by the three countries regarding filling the reservoir and operating the dam and a convergence (of views) occurred,” Sudanese irrigation and water resources minister Yasser Abbas told reporters after he met with his Egyptian and Ethiopian counterparts in Khartoum.

The World Bank and the United States were observers on Sunday’s meeting in the Sudanese capital. The meeting was a follow up on meetings held in November in Addis Ababa and one held in Cairo in December.

“It was agreed to take the new positions separately to be discussed at the meetings in Addis Ababa,” he said. The three sides will meet in the Ethiopian capital on January 2-3.

“There is a convergence (of views) in general, and there are differences of views in some circumstances. Sudan proposed a specified time for filling the reservoir and added definitions for drought and continuous drought,” Mr Abbas said.

Mohamed Abdel Aty, Egypt’s minister of irrigation, said that his country had shown leniency in the talks.

“We expect from other parties to listen to our views on the rules of filling the reservoir. The rules have to be integrated and we are ready to hold frank talks,” the minister asserted,” he said.

These were the details of the news Egypt, Ethiopia and Sudan edge closer to Nile dam agreement, says minister for this day. We hope that we have succeeded by giving you the full details and information. To follow all our news, you can subscribe to the alerts system or to one of our different systems to provide you with all that is new.