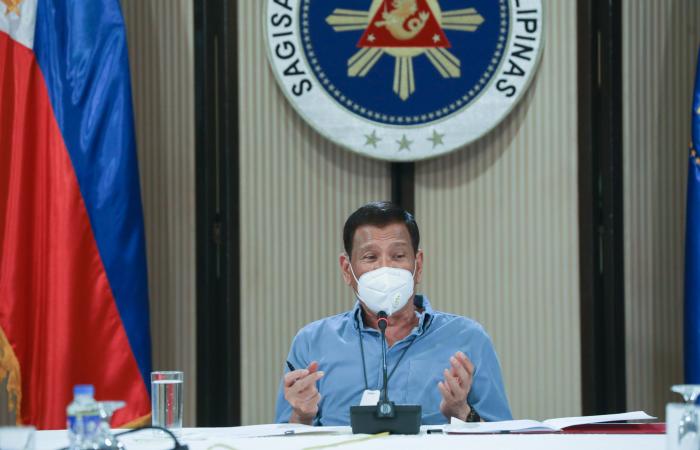 Jeddah - Yasmine El Tohamy - ROME: Italy has said it will not allow refugee or migrant rescue boats to dock at its Mediterranean ports until at least July 31 because of the coronavirus crisis.

In an unprecedented move, the Italian government declared all its seaports on the Mediterranean unsafe because of the pandemic and said it could not guarantee migrants’ safety.

“For the entire duration of the health emergency, Italian ports cannot be classified as ‘safe places’ for the landing of people rescued from boats flying a foreign flag,” Interior Minister Luciana Lamorgese, Health Minister Roberto Speranza and Transport Minister Paola De Micheli said in a decree.

The decree also suggests that rescued migrants might include people who have contracted the coronavirus.

The measure — the first of its kind in Italian history — will stop NGO rescue boats from disembarking migrants in coming weeks amid an increase in the number of people fleeing Libya following the arrival of warmer weather.

“Rescued people must be guaranteed an absence of any threat to their lives,” the decree said, adding that the government is not able to ensure migrants’ health in Italy.

The country has been hard hit by the pandemic, which has overwhelmed the health-care system in the Lombardy region and elsewhere.

In the south, which is poorer and has fewer hospitals, the infection rate has been lower than in northern regions, but health authorities fear the situation could change for the worse.

Commenting on the decision to close Italy’s ports to migrant rescue boats, Luigi di Maio, the country’s foreign minister, told the EU foreign affairs council that “it’s not about wanting to be good or bad, Italy can’t just (can't help) now.” He said: “Rescued people must be guaranteed an absence of any threat to their lives.”

Sen. Ignazio La Russa, from the opposition Fratelli d’Italia party, told Arab News: “We can’t guarantee the health of immigrants arriving on our shores in this situation. But even more importantly, we can’t afford the risk that infected migrants might boost the infection in Sicily and other southern regions.”

He added: “We don’t have enough intensive care unit beds here, and if things get worse we’ll be devastated.”

The government decree was announced after the rescue boat Aylan Kurdi, operated by the German NGO Sea-Eye, rescued about 150 people earlier this week. The ship is now located off the Italian island of Lampedusa.

Named after the 3-year-old Syrian boy who drowned in 2015, Aylan Kurdi is now the only NGO rescue boat operating in the central Mediterranean, with the coronavirus outbreak forcing many charities to concentrate their aid efforts elsewhere.

“We respect the national fate of all European countries fighting against this pandemic, and especially the situation in Italy,” said Jan Ribbeck, Sea-Eye’s mission manager.

“No state in the Mediterranean should be left alone on the question of reception of refugees in the coronavirus crisis. We will address our flag state if it should become necessary.”

The NGO said it has appealed to other nations, including Germany, for port access. In response, Germany’s Interior Ministry asked the organization to cease operations due to the coronavirus crisis in Europe.

Despite fears of the virus, migrants are still risking their lives to cross the Mediterranean to reach Italy.

After a relative lull in arrivals from Africa, numbers started to pick up again in the first two months of the year, only to fall back sharply in March after Italy was hit by the pandemic.

According to the UNHCR, the UN refugee agency, almost 800 people left Libya in March. The International Organization for Migration said 18,337 refugees and migrants have arrived in Europe so far this year, while 241 have died attempting the journey.

NGO ships that patrol the coast of Libya looking to rescue refugees from flimsy boats initially withdrew from the area at the onset of the health crisis, but the Sea-Eye vessel Aylan Kurdi returned to the area last week.

“Even when life in Europe has almost come to a halt, human rights must be protected,” the group wrote in a tweet, asking for a port to accept the 150 migrants rescued last week.

These were the details of the news Duterte will ‘sell government properties’ if necessary in fight against COVID-19 for this day. We hope that we have succeeded by giving you the full details and information. To follow all our news, you can subscribe to the alerts system or to one of our different systems to provide you with all that is new.