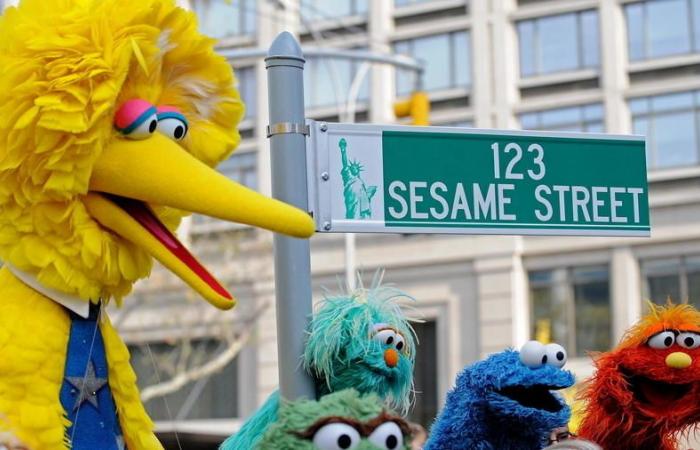 You are now following the details of the At 50, Sesame Street still going strong - and big honor awaits news and now we leave you with the details

Mohamed Nass - Dubai - Generations of children around the world have grown up learning their ABCs and 123s from the lovable muppets on "Sesame Street," and as the pioneering television program turns 50, it's as popular as ever.

It's also about to earn one of America's top cultural awards, to go along with a pile of nearly 200 Emmys - at a gala in Washington on Sunday, it will be the first TV show to earn the Kennedy Center Honors.

Since its debut in November 1969 on American public television, the famous address has taken on many forms, in more than 150 countries.

In Afghanistan, it's "Baghch-e-Simsim." In Latin America, it's "Plaza Sesamo." And in Arabic-speaking countries, it's "Iftah Ya Simsim."

But the message - one that an estimated 86 million American children alone have watched and absorbed - is the same: the importance of education, inclusiveness, acceptance and kindness.

It just happens to be delivered by a cast of colorful characters from Bert and Ernie to Big Bird, Elmo and Oscar the Grouch.

They mingle with children - and a massive rotating cast of celebrity guest stars - to teach children the basics in a captivating mix of live action, songs, puppetry and laughter.

"They figured out that if in 30 seconds you could sell toothpaste and soft drinks, why couldn't you sell how to count, ABCs, decent social manners and behavior?" Robert Thompson, a professor of pop culture at Syracuse University, told AFP.

"Sesame Street" was the brainchild of Joan Ganz Cooney and Lloyd Morrisett, who co-founded the nonprofit Children's Television Workshop (now known as Sesame Workshop) in 1968.

The following year, the show launched - and just a few years later, was already an American icon.

The pair will accept the Kennedy Center Honors award on behalf of the program, which also featured the artistry of the late Muppets creator Jim Henson.

"Yes, it was entertaining. But it really did try to teach a series of substantial pieces of curriculum. There were lessons taught on Sesame Street," Thompson said.

"It was often like school - very entertaining school, but school nevertheless."

And as the show was carried on public television network PBS, the series was able to reach children from all backgrounds - contributing to its overwhelming popularity.

"Sesame Street really aimed at a demographic, a target audience that didn't necessarily have the luxury of other kinds of curriculum," Thompson noted.

"There were immigrants, Spanish speakers and people of color on 'Sesame Street'," he added - a welcome haven of diversity, even in 1970s America.

The show about what Thompson calls a "naively good and happly place" slowly gathered steam, and gradually was exported around the world, with countries offering their unique spins.

In the 1980s, as he presented a cultural exchange program with the then Soviet Union, US president Ronald Reagan went so far as to express the hope that young Soviets would watch "Sesame Street."

In South Africa, the show featured an HIV-positive character. In Afghanistan, the female character Zari promoted gender equality. In Ethiopia, Tsehai the giraffe spoke in Amharic about deforestation.

In the United States, "Sesame Street" has featured everyone from first ladies to actors, to pop stars to sports icons to United Nations leaders.

"For 50 years, the cozy little neighborhood has taught us much more than numbers and words," Abdul-Jabbar wrote in a column for The Hollywood Reporter earlier this year.

"While we can count on Count von Count to give us the good word on numbers, the other characters preach the gospel of compassion, kindness and fairness."

Beyond the nostalgia factor for Generation X parents who grew up watching the show, its evergreen success comes from its ability to adapt, taking on issues as they come.

Cookie Monster has embraced healthier eating habits. Oscar the Grouch no longer lives in a garbage bag, but in a recycling bin. This year, the US show welcomed Karli, a Muppet foster child.

So how long can the show run? Sesame Workshop now produces the show in partnership with premium cable network HBO, though content is still available on PBS with a short delay.

Will its streaming home on HBO Max be enough in the era of YouTube?

For Thompson, "those kind of values are never going to go out of style."

These were the details of the news At 50, Sesame Street still going strong - and big honor awaits for this day. We hope that we have succeeded by giving you the full details and information. To follow all our news, you can subscribe to the alerts system or to one of our different systems to provide you with all that is new.