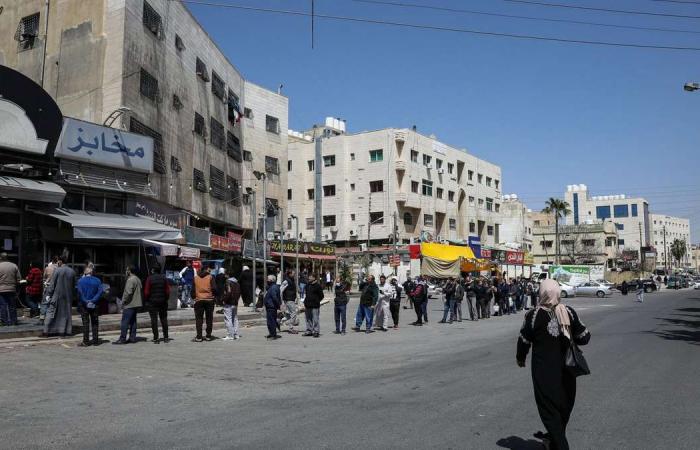 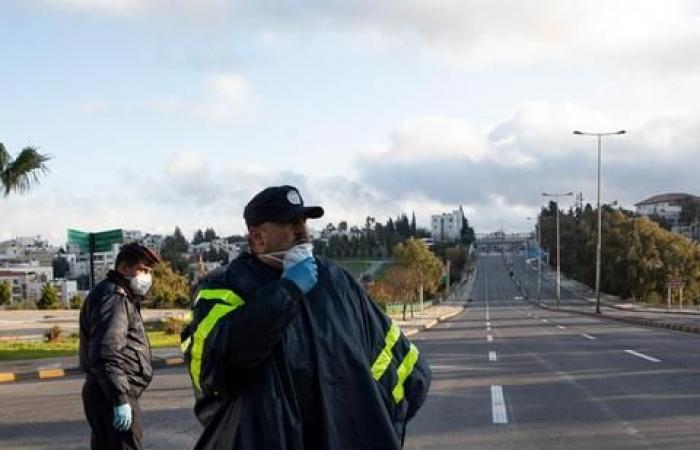 Hind Al Soulia - Riyadh - Jordan's army rumbled into the streets of Irbid on Thursday evening, sealing off the city on government orders following a spike in coronavirus infections linked to a wedding party.

The government confirmed the isolation of Jordan's second-biggest city and surrounding villages on Friday, while urging residents who might have been exposed to the virus to seek a medical examination.

"Despite the rise in the number of corona cases in Irbid, the situation there is still under control," Minister of State for Media Affairs Amjad Adaileh told a press briefing.

He said supplies would continue to be delivered to the isolated areas.

Entering and leaving of the city is forbidden, and the army is ensuring that people only leave their homes for supplies when absolutely necessary.

The decision to isolate Irbid came after dozens of people who attended a wedding there on March 13 tested positive for the coronavirus. Wedding guests accounted for 26 of the 40 new cases announced by Jordan on Thursday, and their number has risen to at least 70 of the confirmed 235 cases so far. On Saturday, an 83-year-old Jordanian woman who had pre-existing health issues was its first coronavirus-related death. Eighteen patients have recovered.

Irbid residents said the army presence was unnerving but also underlined the seriousness of the situation that many had been slow to realise.

“We’re not used to seeing the military or the armoured vehicles on our streets here in Jordan. My first reaction was just to cry – I couldn’t believe this virus was the reason why a heavy army presence needed to be deployed,” said Muna Athamneh, an art teacher and mother of seven.

Ms Athamneh said people in the community were slow to acknowledge the level of threat posed by the coronavirus, but there was now a growing sense of panic.

“It’s affecting every single area of the city. The spread of the virus has been so quick and it’s been difficult to process the changes happening in our community as a result of it," she said.

"There is also an attitude of denial around the virus – some people don’t want to admit they may have been in contact with someone who’s sick, especially if they don’t have symptoms.”

Mohammad Dawood, the second person in Jordan to recover from Covid-19, the disease caused by the novel coronavirus, said he found the army presence reassuring but described an eerie quietness over the city.

“It is unusual but my family and I see it as a symbol of strength," said Mr Dawood, who works at the Jordan University of Science and Technology in the city. "We trust these soldiers to solve this crisis,” he said, adding that he believed the government was taking the correct action.

“There has not been sufficient commitment from my community – people were not adhering to the curfew. This will have a positive impact even if it’s tough at the moment.”

Irbid's lockdown came a day after the government eased strict containment measures imposed across the kingdom on March 21. People were initially banned from leaving their homes at all, but after buses delivering bread were mobbed by people desperate for food, the government allowed trips on foot to buy groceries between 10am and 6pm. However, it introduced a heavy fine of 500 dinars (Dh2,590) for anyone breaking the curfew outside of those hours.

Mr Dawood, who has two young children, was admitted to hospital on 16 March with moderate symptoms including extreme fatigue, a cough and a fever and spent 11 days under treatment.

“It was very difficult at first because we didn’t know what the disease was and my family was very scared. I talked to my wife and children through Skype and then they could see I was getting better,” he said.

Like all coronavirus patients in Jordan, Mr Dawood was administered hydroxychloroquine, an anti-malarial drug whose use in Covid-19 cases remains controversial because its efficacy has not been scientifically proven.

A guest at the wedding that led to the spike in infections, the sister-in-law of the groom, on Friday became one of the first women in the Middle East to give birth while suffering from Covid-19. She was transferred from Irbid to Amman for a caesarean section.

Laila Al Zaghal, the obstetrician who performed the operation, told The National the newborn had tested negative for the virus. She said there were different guidelines around breast-feeding if the baby was not infected, but the World Health Organisation has recommended doing so if the mother’s symptoms are mild.

Saddam Shannaq, an orthopaedic consultant leading a team of 30 volunteer doctors to trace people exposed to the virus in Irbid, said the situation in the city "remains stable” at the moment.

These were the details of the news Jordan seals off Irbid after wedding causes coronavirus spike for this day. We hope that we have succeeded by giving you the full details and information. To follow all our news, you can subscribe to the alerts system or to one of our different systems to provide you with all that is new.