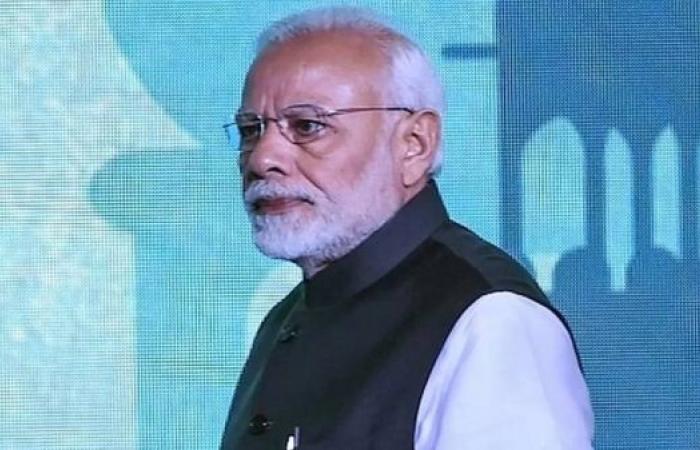 Hind Al Soulia - Riyadh - NEW DELHI — Tensions flared up at one of India's best-known universities over the screening of a BBC documentary on Prime Minister Narendra Modi and his role in the 2002 Gujarat riots.

University officials have not commented on the allegation yet.

India has said that the BBC documentary lacks objectivity and is "propaganda".

The JNU administration had earlier asked the students' union not to hold the screening, as it could "disturb the peace and harmony of the university campus".

Although the power cut prevented the public screening, student leaders distributed QR codes to people and asked them to stream the video on their laptops and phones.

There was a heavy police presence on campus. A BBC Hindi reporter who was there said while students were watching the documentary, stones were thrown at them by "a group of 20-30 people". Students say they have filed a police complaint.

The first episode of India: The Modi Question - a two-part series - aired in the UK on 17 January. The second part was broadcast on Tuesday.

India's foreign ministry has criticized the documentary, calling it "a propaganda piece designed to push a particular discredited narrative".

The BBC said the series examines "the tensions between India's Hindu majority and Muslim minority and explores the politics of Mr Modi in relation to those tensions". In a statement it added that the Indian government was offered a right to reply, but had declined.

The first episode of the documentary tracked Modi's first steps into politics, from his rise through the ranks of the Bharatiya Janata Party (BJP) to his appointment as chief minister of the western state of Gujarat.

It highlighted a previously unpublished report, obtained by the BBC from the British Foreign Office, which raises questions about Modi's actions during the religious riots that broke out in Gujarat in 2002 after a train carrying Hindu pilgrims was set on fire, killing dozens. More than 1,000 people, mostly Muslims, died in the violence, one of the worst since Independence.

The report claims that Modi was "directly responsible" for the "climate of impunity" that enabled the violence.

Modi has long rejected accusations that he had any responsibility for the violence and has not apologized for the riots. In 2013, a Supreme Court panel ruled there was insufficient evidence to prosecute him.

Although the documentary was not aired in India, several opposition leaders and government critics shared links to it on social media.

An adviser to India's government said it had ordered Twitter to block tweets linking to the documentary, while YouTube had been instructed to block uploads of the video.

Twitter confirmed to the BBC that it had blocked 50 tweets based on a request by India's ministry of information and broadcasting on 20 January under the country's information technology law.

A YouTube spokesperson said the video had been "blocked from appearing by the BBC due to a copyright claim". A BBC spokesperson said: "As is standard practice, we follow procedure to have illegal uploads of any BBC content removed."

The JNU students' union has said it will hold another screening of the documentary. Several other organizations have also held screenings or announced plans to do so. — BBC

These were the details of the news India university tense over screening of BBC's Modi documentary for this day. We hope that we have succeeded by giving you the full details and information. To follow all our news, you can subscribe to the alerts system or to one of our different systems to provide you with all that is new.