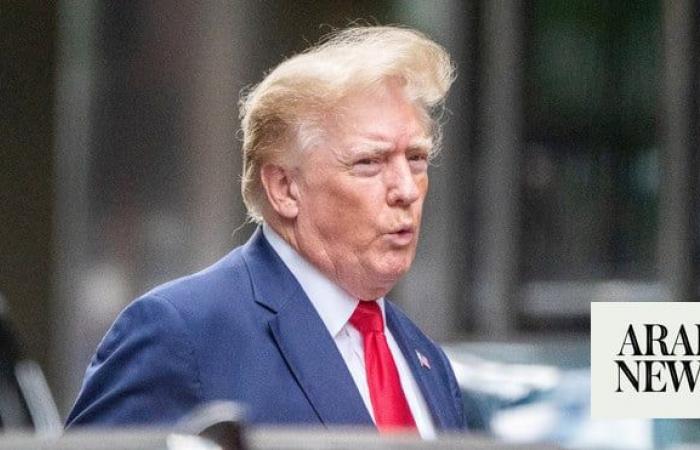 LONDON: A fire at the London office of an Iranian opposition group is proof the regime in Iran is “terrified” of its opponents both inside and outside the country, according to a spokesperson for the People’s Mojahedin Organization of Iran Organization.

The blaze started in a shed next to the PMOI offices in Cricklewood, northwest London, during the early hours of Monday morning, police confirmed.

The London Fire Brigade also said it sent three engines after being called to a fire at 2:15 a.m. with firefighters finding the ground-floor bin room destroyed. The service said that no injuries were reported.

Metropolitan Police Detective Superintendent Tony Bellis ruled out the fire being a targeted attack or caused by terror-related motives, but did say the incident was being investigated with the help of the Met’s Counter-Terrorism Command “due to the location of the incident and the organization based at the adjacent premises.”

However, the National Council of Resistance of Iran, of which the PMOI is a member, issued a statement accusing the Iranian regime of being behind the attack.

Hossein Abedini, the deputy director of the UK office of the Parliament in exile of the NCRI, said: “State terrorism is in the DNA of the clerical regime.”

He added: “With the rise and continuation of the nationwide uprising of the Iranian people to overthrow the mullahs, which has continued for 80 days despite brutal repression, the clerical regime has resorted to more terrorism and threats against the Iranian opposition to compensate for its critical situation and to boost the morale to its demoralized forces.”

Aware that the PMOI is the most organized and efficient opposition force within Iran and runs highly effective campaigns abroad, the regime in Tehran “from Ali Khamenei down, top to bottom” wants to “scare and silence” PMOI operatives behind ongoing protests rocking the country, spokeswoman Laila Jazaeri told Arab News.

“They are definitely terrified, because Khamenei has no solutions (to the unrest) inside Iran,” she said. “They are using live ammunition, (we’ve seen) 700 deaths, 30,000 arrests, only in the past five days 13 people were executed including a woman.”

She added that the regime also fears a new generation of Iranian protesters active in this year’s unrest who have “no fear” and are “not going to go back home until the regime is gone.”

The fire comes shortly after the head of MI5, Britain’s domestic intelligence agency, recently said security services had foiled more than a dozen planned attacks by Tehran on people who are considered “enemies of the regime” based in the UK.

“The (Iranian) regime hasn’t been able to suppress the protests inside the country, and now it is exporting its terrorism and suppression outside Iranian borders,” Jazaeri said, adding that she had been warned by police about threats to her own safety.

The NCRI’s Abedini said it was time that governments and authorities pushed for Iranian embassies to be shut down.

“The time has come for a decisive response. It is time for the Islamic Revolutionary Guards Corps to be proscribed as a terrorist entity in its entirety and the embassies of the clerical regime, which are the centers of terror and espionage, be closed immediately,” he added.

Jazaeri, echoing Abedini’s statement, told Arab News that the PMOI in the UK had been pushing for the closure of Tehran’s embassy in London.

“We’ve been putting pressure on (authorities) for the shutting down of the Iranian Embassy, trying to tell them that it is merely an espionage house, where they recruit terrorists and carry out money-laundering. It should be closed down,” she said.

The London-based Persian-language TV channel Iran International is also under increased police protection after receiving threats, which it blames on Tehran, for its coverage of the protests sparked by the death in custody of 22-year-old Mahsa Amini.

These were the details of the news Trump Organization convicted of tax fraud in New York for this day. We hope that we have succeeded by giving you the full details and information. To follow all our news, you can subscribe to the alerts system or to one of our different systems to provide you with all that is new.