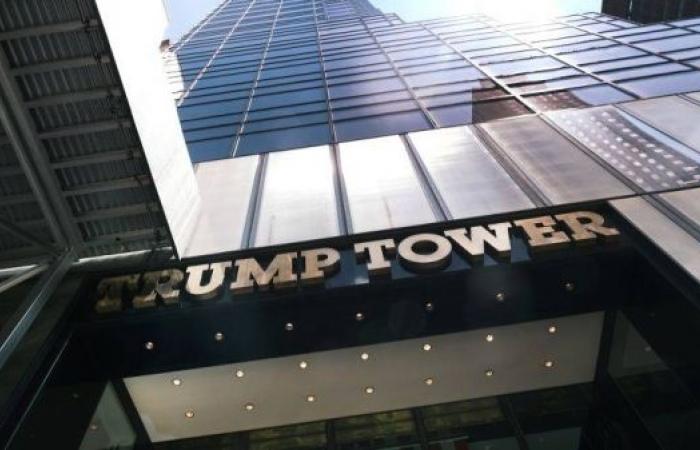 We show you our most important and recent visitors news details Trump Org. found guilty on all counts of criminal tax fraud in the following article

The Trump Corp. and Trump Payroll Corp. were found guilty on all charges they faced.

Donald Trump and his family were not charged in this case, but the former president was mentioned repeatedly during the trial by prosecutors about his connection to the benefits doled out to certain executives, including company-funded apartments, car leases and personal expenses.

The Trump Organization could face a maximum of $1.61 million in fines when sentenced in mid-January. The company is not at risk of being dismantled because there is no mechanism under New York law that would dissolve the company. However, a felony conviction could impact its ability to do business or obtain loans or contracts.

The guilty verdict comes as Trump is under scrutiny by federal and state prosecutors for his handling of classified documents, the effort to overturn the 2020 election results, and the accuracy of the Trump Organization’s business records and financial statements. He is also facing a $250 million civil lawsuit from the New York attorney general alleging he and his adult children were involved in a decade-long fraud. The attorney general is seeking to permanently bar them from serving as an officer or director of a company in New York state, among other penalties.

“This was a case about greed and cheating,” said Manhattan District Attorney Alvin Bragg. “The Trump Corporation and the Trump Payroll Corporation got away with a scheme that awarded high-level executives with lavish perks and compensation while intentionally concealing the benefits from the taxing authorities to avoid paying taxes. Today’s verdict holds these Trump companies accountable for their long-running criminal scheme.”

“It’s also a victory of sorts for the Manhattan district attorney,” Honig said. “Their theory, now, that part of the income for employees, including Allen Weisselberg, was paid through fringe benefits in order to avoid tax liability – that theory has been vindicated.”

Prosecutor Joshua Steinglass told the jury in closing arguments that Trump “explicitly sanctioned” tax fraud and urged them to reject the defense’s argument that former Trump Organization Chief Financial Officer Allen Weisselberg was a rogue employee motivated by his own personal greed.

“This whole narrative that Donald Trump is blissfully ignorant is just not true,” Steinglass said.

The jury heard that Trump agreed on a whim to pay the private school tuition for his Weisselberg’s grandchildren and signed a lease for a Manhattan apartment to shorten the executive’s commute. Trump personally signed his employees’ bonus checks at Christmas time and he initialed a memo reducing the salary of another top executive, which prosecutors said suggested he knew all along about the fraudulent scheme.

Prosecutors alleged for years top executives reduced their reported salaries by the amount of company-issued fringe benefits to avoid paying the required taxes.

Weisselberg, who is on paid leave from the company, spent three days on the witness stand. He pleaded guilty to 15 felonies for failing to pay taxes on $1.76 million in income. As part of his plea deal, he will be sentenced to five months in jail if the judge finds that he testified truthfully.

Trump Org. attorney Susan Necheles pledged to appeal, laying all the blame for any wrongdoing on Weisselberg.

“Why would a corporation whose owner knew nothing about Weisselberg’s personal tax returns be criminally prosecuted for Allen Weisselberg’s personal conduct, for which they had no visibility or oversight? This case was unprecedented and legally incorrect,” Necheles said in a statement. “We will appeal this verdict.”

In his testimony Weisselberg admitted he should have paid taxes on compensation, totaling roughly $200,000 in one year, which included a luxury Manhattan apartment overlooking the Hudson River, two Mercedes Benz car leases, parking, utilities, furniture and private school tuition for his grandchildren. He also testified that he paid himself and other executives’ bonuses as though they were independent consultants – enabling the Trump companies to evade paying taxes on them.

Weisselberg testified that he pulled off the scheme with the help of his underling, Trump Organization controller Jeffrey McConney. McConney, who received immunity for testifying before the grand jury, admitted to some of the illegal conduct in his testimony.

After Trump was elected president, Weisselberg testified, there was a “clean up” and many of the illegal practices stopped.

He revealed conversations he had with Trump, Eric Trump and Donald Trump Jr., but told the jury when questioned by the Trump attorneys that he did not scheme or conspire with anybody in the Trump family.

Weisselberg became emotional at times, telling the jury he was “embarrassed” by his conduct and that he “betrayed” the Trump family, who has been his employer for 49 years.

Prosecutors and defense attorneys called out Weisselberg’s split loyalties – wanting to live up to his plea deal and serve a lower jail sentence and his loyalty to the Trump family, who could pay him $1 million in compensation this year.

To prove the company’s guilt, prosecutors needed to demonstrate that Weisselberg or McConney was a “high managerial agent” who committed the crimes in the scope of his employment and “in behalf of” the company.

Prosecutors and defense lawyers went in circles arguing over what “in behalf of” meant.

Judge Juan Merchan also struggled over how to explain the phrase to the jury and turned to two legal treaties to fashion a definition.

Alan Futerfas, an attorney for the Trump Payroll Corporation, told reporters following the verdict the conclusion was incorrect.

“A novel and really interesting issue developed during the trial. Obviously, the definition of ‘in behalf of’ – what that means. And we filed a lot of papers, the defense team, about what those words mean,” Futerfas said. “The judge recognized there was not a lot of definition on that at all and surely that will be one of the arguments we will make.”

Weisselberg walked a fine line in his testimony, telling the jury he never wanted to hurt the company, he was driven by greed and mainly wanted to pay less in taxes. But, he also said, he knew at the time the company would benefit to some degree from his schemes.

“To some degree, yes,” Weisselberg testified.

Weisselberg said he and McConney knew at the time that the company would pay less payroll taxes through the scheme although he said they never discussed it explicitly.

The Trump attorneys argued, repeatedly, to the jury that “Weisselberg did it for Weisselberg” to emphasize that he was motivated solely by his personal greed.

On cross examination, Weisselberg agreed that the decision to not pay taxes was his and made solely to benefit himself.

“That was my intent,” Weisselberg said when questioned by the Trump attorneys, “to benefit myself.”

The lawyers for the Trump entities called just one fact witness, the real estate companies’ long-time accountant Donald Bender from Mazars USA, which dropped Trump as a client earlier this year.

Trump attorneys said Bender was either aware of the off-the-books compensation or should have caught the tax fraud and they accused him of lying on the stand.

Steinglass, the prosecutor, told the jury the Trump companies were guilty, and the illegal scheme was concocted “so the employees can get more net pay while costing the Trump Corporation less. It’s a win-win – unless you’re the tax authorities.” — CNN

These were the details of the news Trump Org. found guilty on all counts of criminal tax fraud for this day. We hope that we have succeeded by giving you the full details and information. To follow all our news, you can subscribe to the alerts system or to one of our different systems to provide you with all that is new.