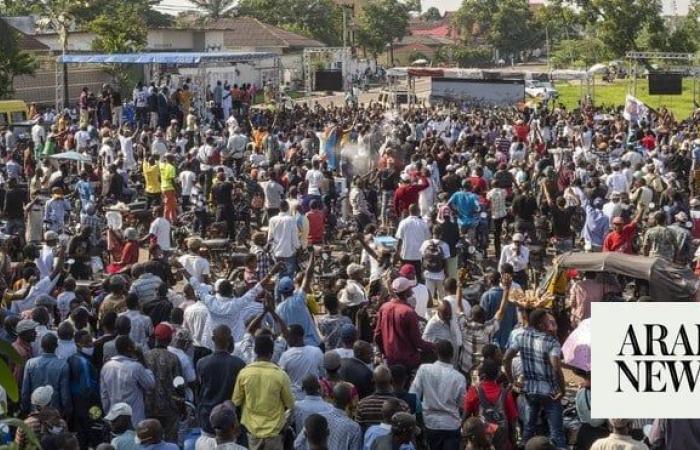 Jeddah - Yasmine El Tohamy - JAKARTA: Indonesian lawmakers passed on Tuesday a long-awaited revision of the country’s criminal code, a sweeping overhaul that critics say is a huge setback to human rights and freedom of expression in the Southeast Asian nation.

The new rules were approved unanimously by Indonesia’s House of Representatives, three years after a similar draft law was shelved by President Joko Widodo following large-scale protests involving tens of thousands of young people, who had argued that the law threatened their civil liberties.

The new penal code, which also applies to foreigners in the country, restores a ban on insulting the president, state institutions or Indonesia’s national ideology known as Pancasila.

“We have tried our best to accommodate the important issues and different opinions which were debated,” Yasonna Laoly, the minister of law and human rights, told parliament. “However, it is time for us to make a historical decision on the penal code amendment and to leave the colonial criminal code we inherited behind.”

A revision to the criminal code, which stretches back to the Dutch colonial area, had languished for decades as lawmakers in the world’s biggest Muslim-majority nation struggled to adapt its native culture and norms to the penal code.

The new criminal code must be signed by the president after ratification and will not apply immediately to allow for the drafting of implementing regulations, with a transition period set for a maximum of three years. It can also be challenged in the Constitutional Court.

The new laws, critics say, will curb free speech, including mandatory police permit for public protests, without which protesters can be punished for up to six months in jail.

Pawestri acknowledged that there has been some progress since the nationwide protests in 2019, when opponents of the bill said the law-making process had lacked transparency and contained articles that discriminated against minorities.

“Even though they said they were open and tried to include input from the larger civil society, we think this was not their best attempt,” Pawestri added. “We have been shouting and giving our input, but it’s almost as if they didn’t listen to us.”

Editorials in national newspapers decried the new laws, including daily newspaper Koran Tempo, saying the code has “authoritarian” tones and could be a “disaster” in the future.

Phil Robertson, deputy director of Human Rights Watch’s Asia Division, said the new legal provisions were “oppressive,” as they open doors to “invasions of privacy and selective enforcement that will enable police to extort bribes and officials to harass and jail political opponents.

“In one fell swoop, Indonesia’s human rights situation has taken a drastic turn for the worse,” Robertson told Arab News.

“Make no mistake, passage of this criminal code is the beginning of an unmitigated disaster for human rights in Indonesia. Lawmakers and the government should immediately reconsider this move, repeal this law and send it back to the drawing board.”

These were the details of the news Rwanda says international community not helping Congo crisis for this day. We hope that we have succeeded by giving you the full details and information. To follow all our news, you can subscribe to the alerts system or to one of our different systems to provide you with all that is new.