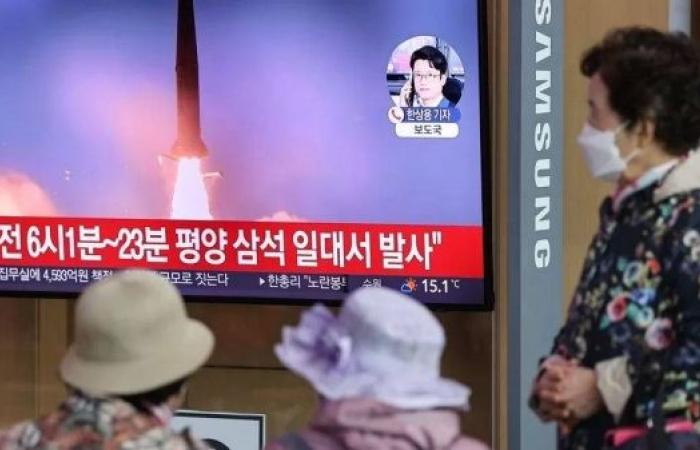 Pyongyang on Wednesday described its recent blitz as "just counteraction measures" to joint US and South Korean military drills.

On Tuesday Pyongyang fired a missile over Japan, prompting the US to call an emergency UN Security Council meeting.

At the meeting the US accused Russia and China of protecting the North from stronger sanctions.

By opposing further sanctions Moscow and Beijing had given Pyongyang "blanket protection", the US ambassador to the UN said. The Chinese and Russian representatives said increased dialogue was better than punishment.

For the past two months the US, South Korea and Japan have been holding a series of combined exercises as they practice how to defeat and deter a North Korean attack. These drills have antagonized North Korean leader Kim Jong-un, who sees them as proof his enemies are preparing for war.

In its statement, the North accused the US of "escalating the military tensions on the Korean peninsula".

On Wednesday the US, Japan and South Korea carried out further drills, which they said were a response to Tuesday's launch. The US said there was "no equivalency" between a banned missile test-fire and security drills.

The US also redeployed its aircraft carrier the USS Ronald Reagan near the Korean peninsula.

South Korea and Japan said the first of Thursday's missiles, launched at about 06:00 local time (21:00 GMT) flew about 350km (217 miles) with a maximum altitude of around 100km, while the second missile had a flight range of about 800km at an altitude of around 50km.

The recent flurry of launches is strongly reminiscent of the period leading up to its last nuclear weapon test in 2017.

Back then, as is happening now, the North tested missiles, there was no dialogue with the US, and Pyongyang fired two missiles over Japan.

Satellite imagery shows that the North has been restoring tunnels at their nuclear testing site, which they had claimed to have destroyed in 2018 during a short-lived diplomatic rapprochement with the US under President Trump.

With everything in place, Kim appears to be waiting for a politically opportune moment to carry out its seventh nuclear test.

Analysts believe a test is most likely to happen during the window of three weeks between the Communist Party Congress in China later this month and the US mid-term elections in early November. — BBC

These were the details of the news North Korea carries out sixth missile launch in two weeks for this day. We hope that we have succeeded by giving you the full details and information. To follow all our news, you can subscribe to the alerts system or to one of our different systems to provide you with all that is new. 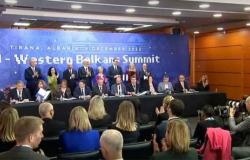