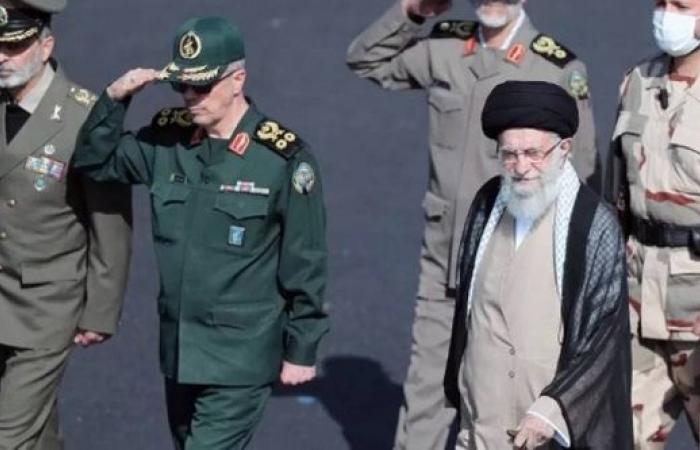 Hind Al Soulia - Riyadh - TEHRAN — Iran’s supreme leader has blamed the US and Israel for the anti-government protests sweeping the country, in his first public comments on the unrest.

Ayatollah Ali Khamenei said “riots” had been “engineered” by Iran’s arch-enemies and their allies, and alleged that Qur’ans had been burned.

He also called on security forces to be ready to deal with further unrest.

The protests — the biggest challenge to his rule for a decade — were sparked by the death in custody of a woman.

Mahsa Amini, 22, fell into a coma hours after being detained by morality police on Sept. 13 in Tehran for allegedly breaking the strict law requiring women to cover their hair with a hijab, or headscarf. She died three days later.

Her family has alleged that officers beat her head with a baton and banged her head against one of their vehicles. The police have said there is no evidence of any mistreatment and that she suffered “sudden heart failure”.

Women have led the protests that began after Amini’s funeral, waving their headscarves in the air or setting them on fire to chants of “Woman, life, freedom” and “Death to the dictator” — a reference to Ayatollah Khamenei.

“But what is not normal is that some people, without proof or an investigation, have made the streets dangerous, burned the Qur’an, removed hijabs from veiled women and set fire to mosques and cars,” he added, without mentioning any specific incidents.

The ayatollah, who has the final say on all state matters, asserted that foreign powers had planned “rioting” because they could not tolerate Iran “attaining strength in all spheres”.

“I say clearly that these riots and the insecurity were engineered by America and the occupying, false Zionist regime [Israel], as well as their paid agents, with the help of some traitorous Iranians abroad.”

He also gave his full backing to the security forces, saying that they had faced “injustice” during the unrest.

Iran Human Rights, a Norway-based group, said on Sunday that at least 133 people had been killed by security forces so far. They include 41 protesters whom ethnic Baluch activists said had died in clashes in Zahedan on Friday.

State media have reported that more than 40 people have been killed, including security personnel.

Ayatollah Khamenei’s comments came a day after security forces violently cracked down on a protest by students at Iran’s most prestigious science and engineering university, reportedly arresting dozens.

The BBC’s Kasra Naji says the gunfire heard around the campus of Sharif University of Technology in Tehran on Sunday night spread fear among many Iranians that authorities had decided to make an example of the students.

Security forces tried to enter the campus, but the students drove them back and closed all the entrance gates.

But, our correspondent added, a siege developed and the students who tried to leave through an adjacent car park were picked up one by one and beaten, blindfolded and taken away.

In one video posted on social media, a large number of people are seen running inside a car park while being pursued by men on motorbikes.

The siege was lifted later in the night following the intervention of professors and a government minister.

On Monday, students at the university announced that they would not go back to classes until all of their fellow students had been released from detention. The university meanwhile said it had moved classes online, citing “the need to protect students”.

Protests were also reported at several other universities around the country. — BBC

These were the details of the news Iran’s supreme leader blames unrest on US and Israel for this day. We hope that we have succeeded by giving you the full details and information. To follow all our news, you can subscribe to the alerts system or to one of our different systems to provide you with all that is new.

PREV Italian lawmakers slam Iranian oppression against ‘freedom and democracy,’ calls on EU to act
NEXT Schoolgirl killed in knife attack in Germany