Hind Al Soulia - Riyadh - JAKARTA — Football fans "died in the arms" of players during a crush at Indonesia's Kanjuruhan stadium, the home team coach has said, as the number of children killed in the tragedy rose to 32.

Javier Roca said the crush at the match in Java, in which 125 people lost their lives, left him "mentally shattered".

Some 18 officers are being investigated after police fired tear gas at fans who invaded the pitch when the match ended.

One eyewitness told the BBC that police had fired numerous gas rounds "continuously and fast" after the situation with fans became "tense". Home team Arema FC supporters ran onto the pitch when the match ended in 3-2 defeat to their rivals Persebaya Surabaya.

Police spokesperson Dedi Prasetyo told reporters that the officers under investigation "were responsible for holding" the weapons and said they were being "questioned" by an internal affairs team.

He added that several other officers, including the field security team, and some officials from the Indonesian football league, were also under investigation.

Indonesia's human rights commission said it will conduct its own inquiry into the disaster, and President Joko Widodo has ordered that all matches in Indonesia's top league must be stopped until the official probe has been carried out.

More than 320 other people were injured as supporters were trampled on and suffocated in crushes as they fled the gas. Indonesia's deputy minister of children and women affairs said the children were aged between 3 and 17.

Amnesty International said the police response amounted to "use of excessive force by the state" to control an unarmed crowd, and protesters in the capital Jakarta on Sunday night carried placards that read "stop police brutality".

Indonesia's police force has a record of brutality - and has been previously criticised for its frequent use of tear gas in tightly-packed stadiums.

Meanwhile, Mr Roca, the Arema FC coach, told reporters that he thought "the police overstepped their mark" in efforts to control the crowd.

The announcement of the investigation comes after world football's governing body Fifa called the disaster "a dark day for all involved in football and a tragedy beyond comprehension".

Fifa's own regulations say no "crowd control gas" should be carried or used by stewards or police at matches and the body has requested a report on the incident from the Indonesian football federation.

Security Minister Mahfud MD wrote on Instagram that the stadium had been filled beyond capacity, with over 42,000 tickets being sold for the game in the 38,000 capacity stadium.

Videos from the stadium show fans running on to the pitch after the final whistle, and police firing tear gas in response.

"It had gotten anarchic. They started attacking officers, they damaged cars," said Nico Afinta, police chief in East Java, adding that two police officers were among the dead.

"We would like to convey that... not all of them were anarchic. Only about 3,000 who entered the pitch," he said.

Fleeing fans "went out to one point at the exit. Then there was a build-up, in the process of accumulation there was shortness of breath, lack of oxygen", the officer added.

Muhamad Dipo Maulana, 21, who was at the match, told BBC Indonesian that after the game had ended a few Arema fans went on the pitch to remonstrate with the home team players but were immediately intercepted by police and "beaten".

More spectators then took to the pitch in protest, the supporter said.

He said he had heard more than 20 tear gas shots towards spectators at the stadium.

The disaster is one of the world's deadliest in a sports stadium in recent decades.

In 1985, 39 people died and 600 were hurt at the Heysel stadium in Brussels, Belgium, when fans were crushed against a wall that then collapsed during the European Cup final between Liverpool (England) and Juventus (Italy).

In the UK, a crush developed at the Hillsborough stadium in Sheffield in 1989, resulting in the deaths of 97 Liverpool fans attending the club's FA Cup semi-final against Nottingham Forest. — BBC

These were the details of the news Fans 'died in the arms' of players in Indonesia stadium crush for this day. We hope that we have succeeded by giving you the full details and information. To follow all our news, you can subscribe to the alerts system or to one of our different systems to provide you with all that is new. 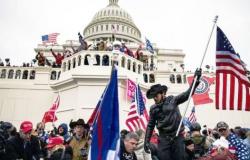 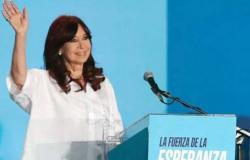 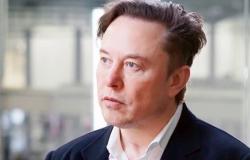 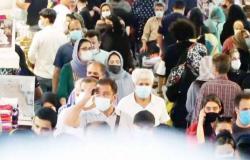