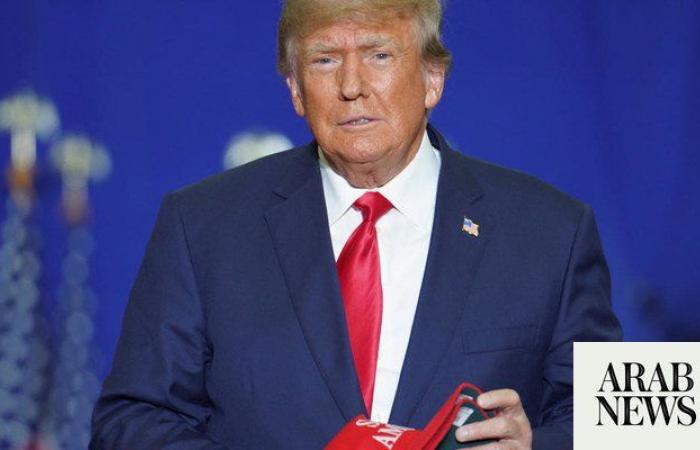 Thank you for reading the news about Trump staffers not returning White House records, National Archives says and now with the details

More than 20 Australian women and at least 40 children are stuck in the Al-Hol and Al-Roj camps in northeastern Syria. The camps, being managed by the Syrian Democratic Forces, hold the wives, widows, and children of Daesh fighters defeated by the US-led coalition in Iraq and Syria.

Many of their husbands have been killed by the coalition and its partners in the region, and some have been jailed. Canberra is now set to recover more than 20 of those still in the region. The dozens set to be repatriated will be mostly children, but officials told the Guardian that the rescue operation would take several months.

Most of the children are aged under six and several were born in the camps to widowed wives of the fighters.

The next mission will be the first time that the Australian government has attempted to repatriate citizens from the camps since 2019, when it launched a secret rescue operation to recover eight orphans, including a pregnant teenager.

The government has consistently claimed that security risks prevented any fresh attempts, but government sources told the Guardian that a rescue mission was now on the way.

A spokesperson for Clare O’Neil, Australia’s home affairs minister, told Guardian Australia on Sunday: “The Australian government’s overriding priority is the protection of Australians and Australia’s national interest, informed by national security advice. Given the sensitive nature of the matters involved, it would not be appropriate to comment further.”

Forty-four children and several Australian widows are held in Al-Roj camp, which is closer to the Iraqi border than the more dangerous Al-Hol camp, where shootings have taken place and illness is rife. More than 100 murders were reported in Al-Hol camp in the 18 months leading up to June.

The SDF, a predominantly Kurdish force, last month arrested more than 300 Daesh fighters inside the camp. Its troops seized weapons and freed at least six women who were living as slaves, chained under the control of their captors. One of the women had been living in captivity since 2014, when she was just nine years old.

The Guardian said that Germany had repatriated 91 citizens, France, 86, and the US, 26. Kazakhstan had recovered 700 of its citizens, with Russia and Kosovo both repatriating more than 200 each.

The US has urged Canberra to conduct repatriations amid reports of troubling conditions that the children have endured. In July, Sydney-born teenager Yusuf Zahab died of unknown causes. He had tuberculosis and was begging for support in January amid Daesh attacks on a prison. He was aged 11 when taken to Syria against his will by his family, of which a dozen joined Daesh.

Reports of malnutrition and frostbite suffered by Australian children were heard in 2020, and 2021.

In a joint statement, they said: “The government of Australia has the capacity to do so. Many other governments are currently doing it. Australia has an advanced child welfare, education, criminal justice, and health system which is eminently capable of addressing the needs of these children and their mothers.

Peter Maurer, president of the International Committee of the Red Cross, told the Guardian that “appallingly harsh conditions” in Al-Hol were worsening.

“The children here have less food, clean water, health care, and education than international standards call for. They are endlessly exposed to dangers, and their rights are ignored. A lack of attention is not an excuse to forget the women and children here.

“We welcome the efforts that have been made to repatriate women and children back to their home countries. But this camp remains the shame of the international community,” he said.

These were the details of the news Trump staffers not returning White House records, National Archives says for this day. We hope that we have succeeded by giving you the full details and information. To follow all our news, you can subscribe to the alerts system or to one of our different systems to provide you with all that is new.