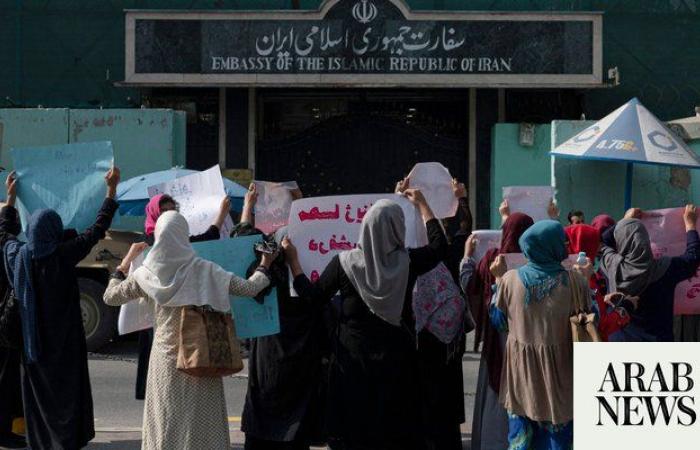 Jeddah - Yasmine El Tohamy - PESHAWAR: Soon after a grenade struck his house in Peshawar city three months ago, Ihsan Khan, a well-known trader in the capital of the northwestern Khyber Pakhtunkhwa province, received a phone call.

The menacing call was taken seriously in a northern pocket of the country where the Pakistani Taliban, or the Tehreek-e-Taliban Pakistan, have carried out some of the deadliest attacks in Pakistan in past years and where officials as well as local residents widely say the militants are attempting to regain a foothold.

Over the next few days, Khan held a series of phone negotiations with the caller and finally brought the demand down through the help of intermediaries, subsequently paying a smaller sum.

Last week, Arab News interviewed at least seven traders, transporters and businesspeople who had received demands for protection money in recent months. Six said the callers had identified themselves as militants belonging to the TTP. It was unclear how many paid up.

The increasing demands for cash have stirred fears of the comeback of insurgents to the northwestern Khyber Pakhtunkhwa province amid a stalled peace deal with Islamabad and drawn-out negotiations that began last year.

On Sept. 20, the TTP said it was not linked to the extortion demands and issued a statement calling on the public not to pay up.

“If anyone asks you…in the name of the Tehreek-e Taliban Pakistan (TTP), please contact us so we can unmask them,” the statement said, offering a contact number.

In comments to Arab News, Abu Yasir, the head of the TTP’s grievance commission, said the group had a “clear-cut and strong stance” against extortion.

“We have neither allowed nor will we allow anyone to do so,” Yasir said. “We have stopped many. And in some cases, members of the Tehreek have also done it on an individual basis, but we have stopped them…We have stopped our colleagues and asked others as well when a complaint has been lodged with us.”

‘TIP OF THE ICEBERG’

Attacks and threats of violence have been a part of life in northern Pakistan since at least 2010, including the attempted assassination of Nobel laureate Malala Yousafzai in 2012 and an attack on an army-run school in 2014 in which at least 134 children were killed.

Though thousands of Pakistanis have been killed in militant violence in the last two decades, attacks declined in the last few years after a series of military operations that pushed most TTP insurgents in Pakistan’s northwest to find shelter in neighboring Afghanistan.

But many analysts and officials warn militants are attempting to return and are busily conducting kidnappings and extortion to stockpile cash for the fight ahead if peace talks with Islamabad fail. Their reach and their ability to carry out attacks were chillingly demonstrated earlier this month when eight people were killed in a roadside bombing that targeted an anti-Taliban village elder’s vehicle in Swat Valley, in what was the first major bombing in the area in over a decade.

Taliban militants this month also kidnapped 10 employees of a telecom company and demanded Rs100 million for their release, according to a police report filed with the local counterterrorism department.

Concerns of a TTP resurgence have grown since August 2021, when the Afghan Taliban took over Kabul following the departure of US and other foreign forces. Pakistani officials have since variously spoken of fears of fighters from the Pakistani Taliban group, which is separate but affiliated with the Afghan Taliban, crossing over from Afghanistan and launching lethal attacks on its territory.

The Afghan Taliban have reassured their neighbor they will not allow their territory to be used by anyone planning attacks on Pakistan or any other country. Still, the TTP has managed to step up attacks in recent months, and both police and government officials as well as locals report that hundreds of insurgents have returned — as have demands for extortion.

Mohammed Ali Saif, a spokesperson for the Khyber Pakhtunkhwa government, said anonymous calls demanding protection money were being made both from Afghanistan and within Pakistan.

“Different people have received calls for extortion, some have registered FIRs [police reports] and others have not,” Saif told Arab News, saying the Counter-Terrorism Department and police took immediate action whenever such cases were reported.

Not all calls, he said, were from TTP militants.

“Some calls are also made by criminals and extortionists,” the spokesperson said.

But a Peshawar-based senior police official with direct knowledge of the issue, who spoke on the condition of anonymity, said the provincial police department had been registering at least four extortion cases a day in the city since July.

“This is just the tip of an iceberg,” he said. “Previously, traders, transporters and businessmen used to be the targets. Now, members of national and provincial assemblies as well as government officials are also asked to pay protection money…The situation is very bad and it’s deteriorating with each passing day.”

Another police official based in Swat Valley said: “Well-off people, including lawmakers, receive phone calls on a regular basis. Few report it and a majority of them pay the money.”

Since the start of August, Swat police have registered four cases of extortion, naming the TTP as suspects in their reports. In one such case, the Swat official said, militants were paid Rs25 million as protection money by a provincial lawmaker.

“Militants asked the lawmaker to remove CCTV cameras from his home before they arrived to collect the money at midnight,” the official said. “The lawmaker opted not to report the incident.”

In Peshawar, extortionists targeted wealthy families, he said, with residents regularly finding small bombs outside their homes or businesses.

“Many of our association’s members have received extortion calls and many of them have been hit, targeted by rocket launchers and hand grenades,” the industrialist said.

Police had increased patrolling in the Hayatabad industrial estate area of the city, but it had not resolved the issue, Ishaq said.

“I am clueless about how this issue will be resolved,” he said, lamenting that businesses worth billions of rupees in the Hayatabad industrial estate were on the verge of closure.

“Twenty-eight of our members have shut their industrial units in Peshawar and moved to Punjab to set up factories there,” Ishaq said, blaming the move on a resurgence of militancy and a rise in Taliban demands for cash.

“There has been an evident surge during the last year, particularly the last couple of months.”

The crime wave means the government and military could face a well-armed insurgency if the TTP is able to fully return to the country’s northern belt, experts warn.

Abdul Sayed, a Sweden-based militancy expert, said an increase in demands for protection money was a telltale sign that the militants were making serious attempts to regain control in Pakistan’s northwest.

“Militants require financial support for their operations,” he said, “and in this context, the rise of extortion incidents in these areas is a predictable phenomenon.”

These were the details of the news Afghan women rally in support of Iran’s anti-government protests for this day. We hope that we have succeeded by giving you the full details and information. To follow all our news, you can subscribe to the alerts system or to one of our different systems to provide you with all that is new. 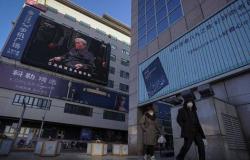