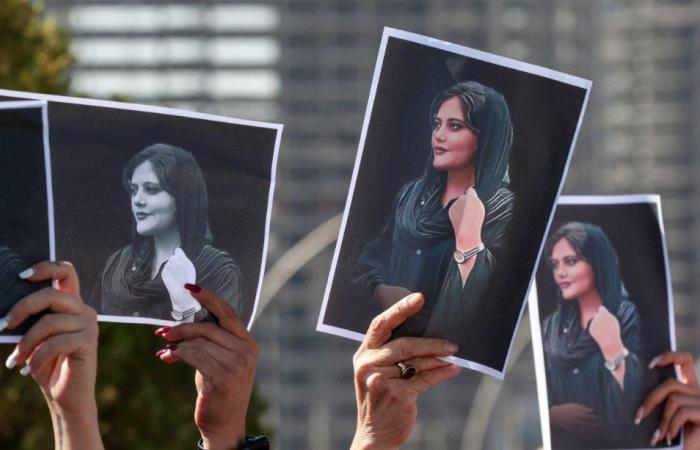 Thank you for reading the news about Pakistani women MPs, activists condemn ‘brutal killing’ of Iranian woman and now with the details

At least 35 people have been killed during widespread protests across Iran in the past week, according to Iranian state media, amid mounting anger over allegations that Amini, 22, was the victim of police brutality.

Amini was arrested in Tehran on Sept. 13 for allegedly wearing a hijab in an “improper” manner. She was taken to a detention center where she collapsed shortly afterwards.

Her death three days later sparked large demonstrations and acts of defiance against the Tehran regime.

In Iran, women are required to follow a strict dress code which includes wearing a headscarf over their heads and putting on long, loose-fitting clothes to disguise their figures. The laws are based on Iran’s interpretation of Islamic law.

In several clips that have gone viral on social media, women can be seen cutting their hair publicly and burning headscarves, an open challenge to Iranian authorities.

Protesters are demanding an end to what they say is police brutality, as well as moral policing, and say that women should have the right to dress as they please.

The Gasht-e Ershad (Guidance Patrols) is a special police unit in Iran tasked with enforcing the Islamic dress code in public.

Pakistani women politicians reacted angrily to Amini’s death, calling for an impartial investigation into the case and demanding more freedom for women in Iran.

“It’s really sad and if what is being reported is true, it’s a shocking and blatant violation of fundamental rights,” Shazia Marri, Pakistan’s federal minister for poverty alleviation, told Arab News on Saturday.

“It’s a complete travesty of justice and highly condemnable. Everyone must have a right to choose,” she added.

Iranian police said that Amini’s death was caused by a heart attack, and denied reports that officers had struck her with a baton and banged her head against one of their vehicles.

Sharmila Sahibah Faruqui, a lawmaker of Pakistan’s provincial Sindh Assembly, told Arab News that it is “heartbreaking to see how Mahsa Amini was brutally killed by law enforcement authorities for not wearing a hijab.”

She added: “The voices of women must not be oppressed by the state. Women must be empowered, not silenced.”

Sehar Kamran, a former Pakistani senator, said that “Iran must ensure that a few individuals do not smear the name of law and Islam, and should bring the culprits to justice.”

She added: “The onus lies on Iranian authorities to ensure justice so that such events do not occur in the future.”

Anis Haroon, a member of the Women’s Action Forum in Pakistan, said that women’s rights have suffered in Iran due to compulsory dress codes, segregation and torture by the morality police.

“The role of the morality police should end,” she said. “The state has no right to intervene in the private lives of people. Women of Iran should be allowed to live like free human beings under the rights granted by the Universal Declaration of Human Rights,” she said.

Nighat Dad, a leading lawyer who runs the Digital Rights Foundation — a think tank tackling digital rights through a gender lens — said that Amini’s death has sparked resistance, “which the regime won’t be able to stop now.”

She told Arab News that men supporting these protests is a “testament to what the people of Iran basically want from the regime now.”

Women were now deciding for themselves whether to wear the hijab or not, Dad said.

“And it is actually their own choice. When we say ‘my body, my choice’ in Pakistan, that is exactly what we mean — that we should have control over our body, not other people controlling it,” she added.

She said that the Iranian state’s warnings to citizens and an Internet blackout are “ominous signs that reflect the intention of the totalitarian regime to use more brutal force against the protesters.”

She said: “We are proud of Iranian women for offering strong resistance despite being the most vulnerable group.”

Nayab Gohar Jan, a Pakistan People’s Party activist, told Arab News that it is time for Iran to have serious conversations about women’s rights.

“Given the scale of protests across the country, it may also be time for Iranian authorities to open up dialogue on these issues,” she said.

These were the details of the news Pakistani women MPs, activists condemn ‘brutal killing’ of Iranian woman for this day. We hope that we have succeeded by giving you the full details and information. To follow all our news, you can subscribe to the alerts system or to one of our different systems to provide you with all that is new.