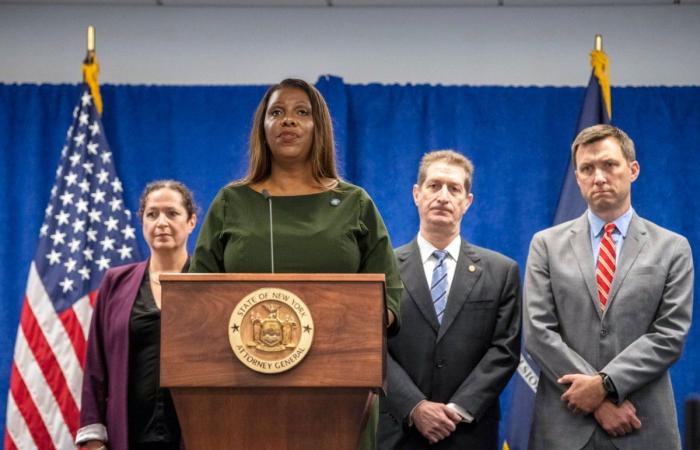 Thank you for reading the news about NY probe found potential crimes. Why isn’t Trump in cuffs? and now with the details

NEW YORK CITY: US Secretary of State Anthony Blinken told the UN Security Council that the world risked disaster if it failed to protect the international order by reacting sharply to Russia’s invasion of Ukraine.

Blinken slammed the “atrocities being committed in Ukraine by Russian forces,” noting that despite the divisions among countries at the UN, there had been “remarkable unity” regarding the war in Ukraine.

He said that leaders from around the world had spoken about the need to end the war in Ukraine and to reaffirm the UN’s principles, namely “sovereignty and territorial integrity.”

But despite this unity and opposition to the violence, Blinken said that Russian President Vladimir Putin had “doubled-down, choosing not to end the war but expand it.”

He added that Putin had chosen “not to pull troops back, but to call 3,000 additional troops up, not to ease tensions, but to escalate them through the threat of nuclear weapons.”

Blinken said that Putin’s escalatory actions during the UN General Assembly exposed his “utter contempt for the UN charter, to the General Assembly, and to this council.”

He continued: “The very international order that we have gathered here to uphold is being shredded before our eyes.

“We cannot, we will not, allow President Putin to get away with it.”

He warned that failing to defend territorial integrity in Ukraine would put “every country in the world at risk” by “sending a message to aggressors everywhere,” which would “open the door to a less peaceful, less secure world.”

Ahead of this morning’s debate on the sidelines of the 77th UN General Assembly, Irish Foreign Minister Simon Coveney said that it would be “arguably the most significant Security Council meeting of our time,” referring to Dublin’s period as a non-permanent member of the council.

He added: “I think it will be a very abrasive meeting.”

That forecasted abrasiveness was delivered sharply by Blinken, who moved on to describe atrocities in Ukraine that had been reported to him and some that he had witnessed while visiting the war-torn country.

Blinken’s statement was anticipated to be staunchly critical of Russian actions in Ukraine, and he confronted his Russian counterpart, Sergey Lavrov, by detailing a shocking range of allegations of war crimes, torture, mass graves, and severe beatings conducted by Russian forces.

Blinken called on countries that have yet to speak out in strong terms against these alleged crimes by Russian forces.

However, despite the firm nature of his demands of other countries on the council and those attending the UNGA proceedings this week, Blinken is reportedly not expecting the UNSC to act effectively against Moscow due to Russia’s power to veto as a permanent member on the council.

An official, speaking on condition of anonymity, earlier told AP that despite this block to action, Blinken’s speech is being delivered in order to urge other UNSC members to pressure Moscow about the global damage that the war is causing, demanding that it ends.

Opening the council’s meeting, UN Secretary-General Antonio Guterres warned that “the world may run out of food” if urgent measures are not successfully taken to support various humanitarian efforts in Ukraine.

He praised deals struck with Ukraine and Russia, such as the Black Sea Grain Initiative and the “Memorandum of Understanding with the Russian Federation on the full access of Russian food and fertilizer products, including ammonia, to global markets,” but added that the situation was still severe.

He said that the “international community needs to support the UN in creating neutrality” in the crisis, urging stakeholders to “contain spillovers” from the conflict.

Yi supported calls for investigations into rights abuses in Ukraine, but reaffirmed that they must be “objective and fair, based on facts rather than an assumption of guilt” and “must not be politicized.”

On the energy and food crises sparked by the conflict, the Chinese representative said that “energy suppliers and consumers should work together to keep the global energy market stable.”

He added: “We support the secretary-general in helping facilitate the exports of Russian and Ukrainian grains.”

The Chinese representative added that it had “put forth the international food security cooperation initiative” to ensure the developing countries do not “pay the price” of the food crisis caused by the conflict.

Lavrov opened his address by attacking the “neo-Nazis” and other extremists in Ukraine who had enjoyed the “direct support of Western countries” since 2014. He said that “ethnic Russians are being subject to intolerance” in some Ukrainian regions, warning that “anti-Russian feelings” were no longer being hidden by Ukrainian officials.

Lavrov, who did not address the energy or food crises concerns raised by other speakers at the security council, continued to outline alleged rights abuses suffered by Russian or Russia-supporting forces and citizens in the eastern Ukrainian regions of Luhansk and Donetsk.

Lavrov added that Moscow had “no confidence” in the UNSC and other international fora, outlining how the “special military operation” was “inevitable.”

British Foreign Secretary James Cleverly followed Lavrov, slamming Putin and the Russian administration for its invasion of Ukraine. He said the Ukrainian spirit had “continued to inspire” people around the world, adding that UN agencies had noted more than 14,000 civilian casualties in the country since the invasions.

Cleverly returned the conversation to “mounting evidence of Russian atrocities against civilians,” including “indiscriminate shelling” and “horrific acts of sexual violence.”

Lamenting the “grizzly discoveries” of torture, Cleverly also slammed the food and energy crises sparked by the conflict, attacking Putin’s government for attempting to escape responsibility for the changes to the food market.

These were the details of the news NY probe found potential crimes. Why isn’t Trump in cuffs? for this day. We hope that we have succeeded by giving you the full details and information. To follow all our news, you can subscribe to the alerts system or to one of our different systems to provide you with all that is new.