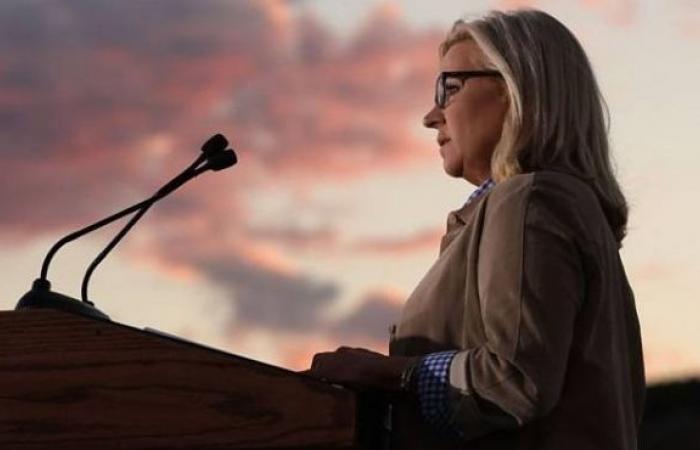 Hind Al Soulia - Riyadh - JACKSON — Voters in the US state of Wyoming have ousted congresswoman Liz Cheney, a rare Republican critic of former President Donald Trump, in a primary election.

She has been trounced by a relative political newcomer and Trump-backed candidate, Harriet Hageman.

Ms Cheney was one of only two members of her party to join the congressional committee investigating Trump's attempts to cling to power.

The three-term congresswoman was once a rising Republican star.

All 10 Republicans who voted to impeach Trump after his supporters attacked the US Capitol building in January last year have been targeted in a scorched-earth campaign of revenge.

So far, four have retired, and now four have been defeated by his chosen candidates in primary ballots in the states of Wyoming, Washington, Michigan and South Carolina.

Only two have successfully maintained their places on the Republican ticket for re-election.

The daughter of ex-Vice-President Dick Cheney, Ms Cheney was the last of the 10 to face the Trumpian assault.

Seventy percent of voters in Wyoming cast their ballots for Trump in 2020.

Opinion polls had consistently shown Hageman — who has stated she believes that election was "rigged" — leading in Wyoming by a large margin.

With partial results in Tuesday night's vote count showing Ms Hageman ahead by more than 30 percentage points, most US networks called the race for her not long after polls closed.

In her concession speech, Ms Cheney made clear she would not let up in her criticism of Trump, who has been hinting he may run for the White House again in 2024.

"I have said since [last year's US Capitol riot on] 6 January that I will do whatever it takes to ensure Donald Trump is never again near the Oval Office, and I mean it," she said.

Ms Cheney said she could easily have won re-election if she had gone along with Trump's false claims that he — not President Joe Biden — won the 2020 election.

"That was a path I could and would not take," she said.

Trump congratulated Ms Hageman on her victory in a post on his social media platform, Truth Social.

He also said: "Liz Cheney should be ashamed of herself, the way she acted, and her spiteful, sanctimonious words and actions toward others.

"Now she can finally disappear into the depths of political oblivion where, I am sure, she will be much happier than she is right now."

Ms Hageman credited Trump's endorsement as the reason for her victory.

"Wyoming has put the elites on notice," she said. "We are no longer going to tolerate representatives who don't represent us."

Earlier, at the state's junior rodeo finals in the city of Casper, some voters told the BBC how they had soured on Ms Cheney.

The rodeo president, Chad Westbrook, said from beneath his 10-gallon hat: "When she goes against the masses, it doesn't work good for us.

"We really liked Dick Cheney, you know, but she's gone too far."

Ms Cheney's famous father, once a hate figure of the American left, now finds himself something of an anti-Trump fellow traveler.

In a campaign advert for his daughter, Dick Cheney had described Trump as the biggest threat ever to the country.

Outside one polling booth, in a charming wooden schoolroom overshadowed by the stunning Teton Mountains, Democratic voters had answered Ms Cheney's call to switch their registration to Republican in order the lend her their support — itself a sign of how poorly she had rated her chances.

"I've never agreed with one thing Liz Cheney has ever said, but I respected how she fought for democracy," one such voter, a middle-aged woman, told me.

"I'm a Democrat and I came out and voted for Liz Cheney because she's standing up for truth and that's what we need in this country," another man of similar age agreed.

In the suburbs of the state capital of Cheyenne earlier, a group of Republicans were knocking on doors in a show of last-minute support for Ms Cheney — something they clearly accepted was an uphill battle.

Evan Wagner, who had driven 17 hours from Austin, Texas, said: "She's standing for principle, she's saying I don't care if I lose my job, I'm going to do the right thing."

But their efforts were in vain.

Wyoming primary elections do not normally attract much media attention.

Tuesday's vote is being seen as a test — not just for the party but for the country too — of how much the legacy of Donald Trump and his election-denying narrative continue to loom over this landscape. — BBC

These were the details of the news Trump arch-enemy Liz Cheney ousted in Wyoming vote for this day. We hope that we have succeeded by giving you the full details and information. To follow all our news, you can subscribe to the alerts system or to one of our different systems to provide you with all that is new.