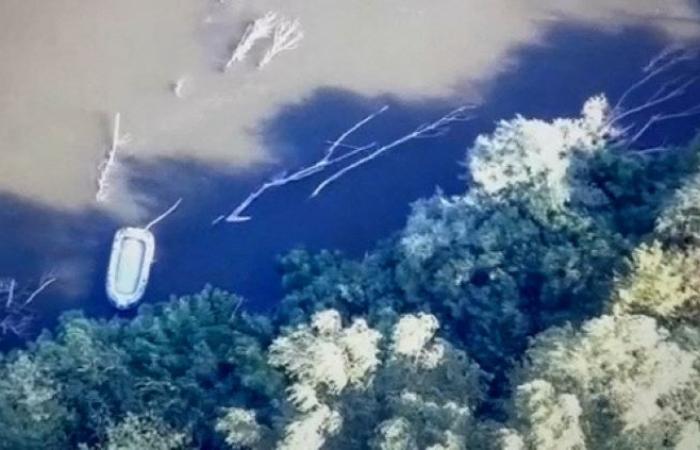 Jeddah - Yasmine El Tohamy - KYIV, Ukraine: Massive explosions and fires hit a military depot in Russia-annexed Crimea on Tuesday, forcing the evacuation of more than 3,000 people, the second time in recent days that the Ukraine war’s focus has turned to the peninsula.
Russia blamed the blasts at an ammunition storage facility in Mayskoye on an “act of sabotage” without naming the perpetrators. As with last week’s explosions, they led to speculation that Ukraine may be behind the attack on the peninsula, which Russia has controlled since 2014.
Separately, the Russian business newspaper Kommersant quoted local residents as saying that plumes of black smoke also rose over an air base in Crimea’s Gvardeyskoye.
Ukraine has stopped short of publicly claiming responsibility for any of the fires or explosions, including last week’s at another air base that destroyed nine Russian planes. If Ukrainian forces were, in fact, responsible for any of the explosions, they would represent a significant escalation in the war.
Crimea holds huge strategic and symbolic significance for Russia and Ukraine. The Kremlin’s demand that Kyiv recognize the peninsula as part of Russia has been one of its key conditions for ending the fighting, while Ukraine has vowed to drive the Russians from the peninsula and all other occupied territories.
Videos posted on social media showed thick plumes of smoke rising over raging flames in Mayskoye, and a series of explosions could be heard in the background. The Russian Defense Ministry said the fires at the depot caused damage to a power plant, power lines, rail tracks and some apartment buildings. It said in a statement that there were no serious injuries.
Earlier, Russia’s state news agency RIA Novosti reported a fire a transformer substation after “a loud thump sound” in what appeared to be a result of the blasts at the depot.
The Dzhankoi district, where the blasts happened, is in the north of the peninsula, about 50 kilometers (30 miles) from the Russian-controlled region of Kherson in southern Ukraine. Kyiv has recently mounted a series of attacks on various sites in the region, targeting supply routes for the Russian military there and ammunition depots.
Last week’s explosions at Crimea’s Saki air base sent sunbathers on nearby beaches fleeing as huge flames and pillars of smoke rose over the horizon. Ukrainian officials emphasized Tuesday that Crimea — which is a popular destination for Russian tourists — would not be spared the ravages of war experienced throughout Ukraine.
Rather than a travel destination, “Crimea occupied by Russians is about warehouses explosions and high risk of death for invaders and thieves,” Ukraine presidential adviser Mykhailo Podolyak said on Twitter, though he did not claim any Ukraine responsibility for the blasts.
Crimea’s regional leader, Sergei Aksyonov, said that two people were injured and more than 3,000 evacuated from the villages of Mayskoye and Azovskoye near Dzhankoi following the munitions depot explosions.
Because the explosions damaged rail tracks, some trains in northern Crimea were diverted to other lines.
The Russian military blamed last week’s blasts at the Saki air base on an accidental detonation of munitions there, but it appeared to be the result of a Ukrainian attack.
Ukrainian officials at the time stopped short of publicly claiming responsibility for the explosions, while mocking Russia’s explanation that a careless smoker might have caused the ammunition to catch fire. Analysts also said that explanation doesn’t make sense and that the Ukrainians could have used anti-ship missiles to strike the base.
A British Defense Ministry intelligence update said vessels in Russia’s Black Sea Fleet “continue to pursue an extremely defensive posture” in the waters off Crimea, with the ships barely venturing out of sight of the coastline.
Russia already lost its flagship Moskva in the Black Sea and last month the Ukrainian military retook the strategic Snake Island outpost off Ukraine’s southwestern coast. It is vital for guaranteeing sea lanes out of Odesa, Ukraine’s biggest port.
The Russian fleet’s “limited effectiveness undermines Russia’s overall invasion strategy,” the British statement said. “This means Ukraine can divert resources to press Russian ground forces elsewhere.”
Meanwhile, in the Donbas, which has been the focus of the fighting in recent months, one civilian was killed in Russian shelling, and two others wounded, according to the Ukrainian governor of the Donetsk region, Pavlo Kyrylenko.
In Kharkiv, Ukraine’s second-largest city, one civilian was killed and nine others were wounded by Russian shelling, regional governor Oleh Syniehubov said. He added that the overnight attack on the city was “one of the most massive shelling of Kharkiv in recent days.”
Officials in the central region of Dniprotpetrovsk also reported shelling of the Nikopol and the Kryvyi Rih districts.
Amid the explosions and shelling, one good piece of news emerged from the region, with a United Nations-chartered ship loaded with 23,000 metric tons of Ukrainian grain setting off for the Horn of Africa.
It’s the first shipment of its kind, and the United Nations’ World Food Program called it “another important milestone” in a plan to assist countries facing famine. Ukraine and Russia reached a deal with Turkey in July to restart Black Sea grain deliveries, addressing the major export disruption that has occurred since Russia invaded Ukraine in February.
The worst drought in four decades in the Horn of Africa has led thousands of people across the region have died from hunger or illness this year.
That deal not only protects ships exporting Ukrainian grain through the Black Sea but also assures Russia that its food and fertilizer won’t face sanctions, safeguarding one of the pillars of its economy and helping ease concerns from insurers and banks.

These were the details of the news Greece seeks ways to recover migrant girl’s body from border for this day. We hope that we have succeeded by giving you the full details and information. To follow all our news, you can subscribe to the alerts system or to one of our different systems to provide you with all that is new.