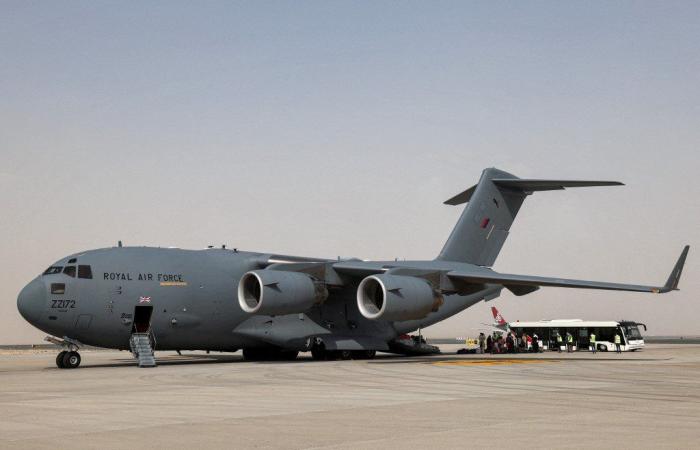 Jeddah - Yasmine El Tohamy - LONDON: Several Afghan translators who worked with the British army during their deployment in Afghanistan and who were allegedly left behind during last year’s evacuation are reportedly suing the UK government.

According to Sky News, the solicitor for at least six translators said the processing system they had been through was “appalling” after four of them were initially rejected, and then later approved to come to the UK after legal papers were lodged.

One of the translators, who was not on an evacuation flight with his family last August, and who lodged a legal appeal following an ARAP (Afghan Relocations and Assistance Policy) scheme rejection, told the channel he felt “stranded” in Afghanistan.

According to the report, he successfully applied for relocation in February and in May was told to await instructions regarding how to leave Afghanistan via a third country, but is still awaiting those instructions.

“I’m really afraid and I’m in hiding,” he told Sky News. “I’m feeling so unhappy, I live like in a prison, my message to the British Army ‘we saved the lives of the British soldiers and now it’s time to save my life and my family’s life.’”

Another man, who has also lodged a legal appeal, had to be assisted by the Canadian government to escape Afghanistan, and has since been living in a hotel room in Pakistan with his wife and five children.

“The overall handling of the scheme, in spite of reassurances, has been appalling,” solicitor Qays Sediqi told Sky News.

“These individuals — if they didn’t have legal representation — would be left stranded in Afghanistan or a third country where they have no right of residence,” he added.

ARAP was launched in April 2021 and, since then, more than 10,000 people have successfully relocated, from around 120,000 applications. However, it is believed a further 8,000 are eligible.

Delays were “regrettable,” according to the UK Ministry of Defense, which also said it was putting more resources into identifying and assisting eligible applicants.

“We continue to relocate eligible Afghans who worked with the UK armed forces under the ARAP scheme and are working with partners in the region to bring out as many people as we can on a regular basis,” a spokesperson said.

“All applications are assessed on a case-by-case basis. Processing timelines vary due to the complexity and personal circumstances of each applicant and we regret any delays as we work through complex cases.

“We are investing in a new casework system, putting in more resource(s) and adapting our approach to make it easier and quicker to identify and process applications from eligible Afghans,” the spokesperson added.

These were the details of the news ‘Stranded’ Afghanistan translators sue UK government for this day. We hope that we have succeeded by giving you the full details and information. To follow all our news, you can subscribe to the alerts system or to one of our different systems to provide you with all that is new.