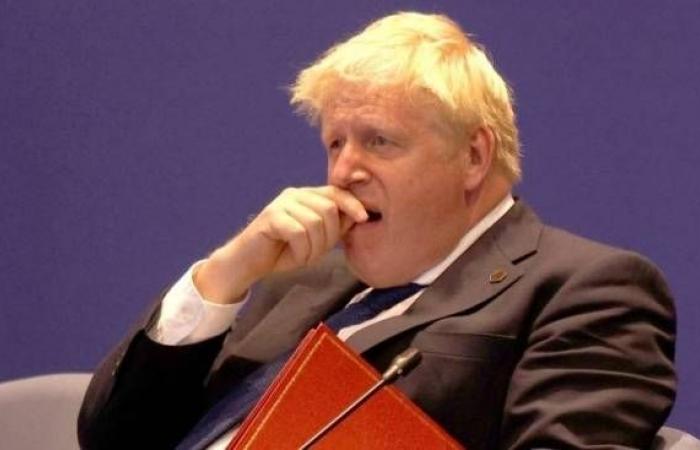 Hind Al Soulia - Riyadh - LONDON — British Prime Minister Boris Johnson vowed on Wednesday to stay in power despite the resignation on Tuesday of key cabinet ministers and the ensuing decision by other ministers and aides to also quit their more junior posts over his scandal-tainted leadership.

Sajid Javid and Rishi Sunak resigned from their posts as health secretary and chancellor of the exchequer, respectively, on Tuesday in protest against Johnson's leadership. Javid said he "can no longer, in good conscience, continue serving in this government," while Sunak criticized the government's lack of competence.

The two top ministers' shock departure has sparked a string of resignations, with the number of ministers and aides walking out reaching around 20 before Johnson went to face the grilling at the weekly Prime Minister's Questions (PMQs) session in the House of Commons on Wednesday afternoon.

"The job of a prime minister in difficult circumstances when he has been handed a colossal mandate is to keep going, and that's what I am going to do," Johnson said when asked by lawmakers if he would resign.

"It's exactly when times are tough, when the country faces pressures on the economy and pressures on their budgets and when we have the biggest war in Europe for 80 years, that is exactly the moment that you'd expect a government to continue with its work, not to walk away, and to get on with the job," he said.

The embattled prime minister has been struggling to save his job for months after being caught in a series of headline-making scandals.

He became the first serving British prime minister in history to break the law after receiving a fine from the police for attending a party in 2020 during the country's COVID-19 lockdown.

Though he survived a no-confidence vote recently within his Conservative Party over the so-called Partygate scandal, 40 percent of his own party voted against him and the forces that want him to go have been gaining momentum following more untoward revelations.

The latest scandal involved Johnson's appointment of lawmaker Christopher Pincher to deputy chief whip despite being informed of formal complaints about his alleged sexual misconduct. Johnson went on television to apologize for Pincher's appointment minutes before Javid and Sunak's resignation.

The seemingly endless string of scandals has dogged Johnson and his government, casting doubt on the Conservatives' future in the next general election in 2024. Last month, the Tories lost two crucial House of Commons seats in by-elections.

The Conservative Party's powerful 1922 Committee, which arranged the first no-confidence vote on Johnson, is poised to change the rules to allow for another such vote soon, The Guardian has reported. — Agencies

These were the details of the news UK PM vows to stay in office despite mass exodus of ministers for this day. We hope that we have succeeded by giving you the full details and information. To follow all our news, you can subscribe to the alerts system or to one of our different systems to provide you with all that is new.

NEXT Erdogan warns of ‘another Chernobyl’ after talks in Ukraine