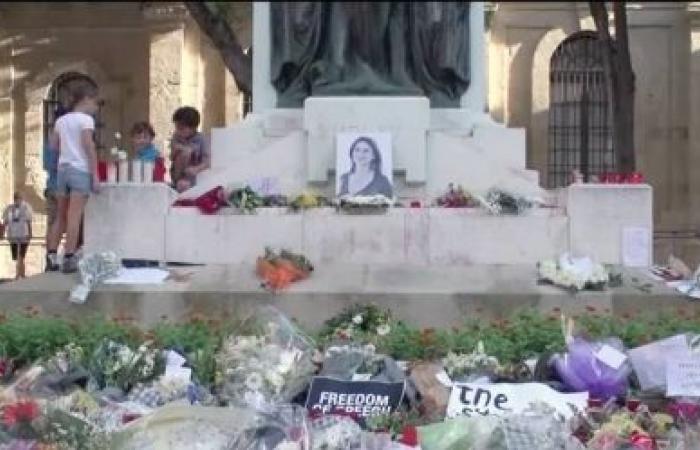 We show you our most important and recent visitors news details Daphne Caruana Galizia: Car bomb suspect confesses to killing Maltese journalist in the following article

Speaking from jail, George Degiorgio admitted to a Reuters reporter to carrying out the assassination in 2017.

The suspect claimed he would have demanded "€10 million" for the murder —instead of €150,000 — had he known more about Caruana Galizia.

Degiorgio also told Reuters that he plans to implicate others involved in the assassination plot and another killing attempt in 2015.

"For me, it was just business [...] Business as usual," he said in the interview, adding that he "felt sorry" for her death.

Degiorgio — and his brother Alfred — are accused of killing the prominent journalist and are due to face trial.

Caruana Galizia had been investigating high-level corruption in Malta, and her death generated shock and outrage across Europe.

Degiorgio's first comments since his arrest have been released as part of research conducted for a podcast, entitled "Who Killed Daphne?".

He had previously denied any involvement in the killing. The suspect's lawyers have previously tried to secure a plea deal in return for testimony on alleged organized crime in Malta.

Degiorgio told Reuters he would plead guilty ahead of any jury trial to reduce sentences for himself and his brother.

A third man, Vince Muscat already pleaded guilty to murder charges in 2020 and was sentenced to a reduced term of 15 years in jail in return for testifying.

One of Malta's richest businessmen, Yorgen Fenech, has also been charged with ordering the killing.

He was identified by an alleged middleman, who agreed to reveal details of the plot to kill the investigative journalist and was granted a pardon. Fenech faces life in prison and denies the allegations.

In the interview with Reuters, Degiorgio said he was willing to testify that a top Maltese political figure had tried to arrange the murder of Caruana Galizia in a separate plot two years earlier.

Degiorgio also said he would offer to testify about the involvement of two unnamed former Maltese ministers in an armed robbery.

The country's former Prime Minister Joseph Muscat resigned in January 2020 following Fenech's arrest and widespread protests but was never accused of any wrongdoing.

Prosecutors have not responded to Degiorgio's comments in the podcast interview.

Caruana Galizia’s son Matthew told Reuters that "Degiorgio’s own words show he is a stone-cold killer undeserving of any reprieve.” — Euronews

These were the details of the news Daphne Caruana Galizia: Car bomb suspect confesses to killing Maltese journalist for this day. We hope that we have succeeded by giving you the full details and information. To follow all our news, you can subscribe to the alerts system or to one of our different systems to provide you with all that is new.