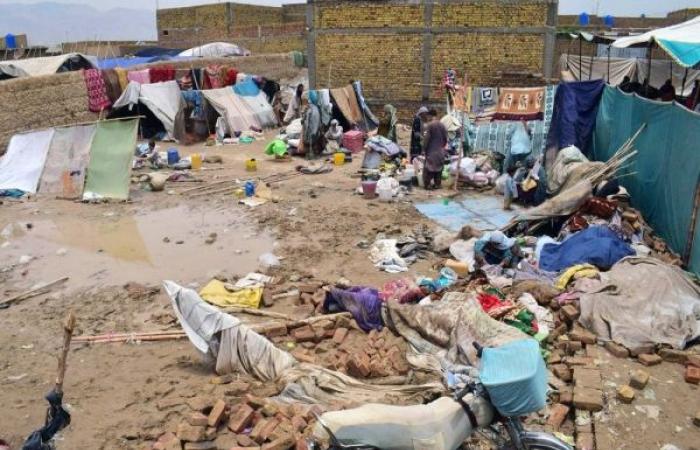 We show you our most important and recent visitors news details Monsoon rains lash Pakistan; 9 killed in the following article

Seven people died when the roofs of their homes collapsed in the downpour overnight in Quetta, the capital of Baluchistan province, the agency said.

Two bodies swept away by floods were found near a dam on Tuesday. Rescuers are using boats to search for those missing.

There were fears the death toll could be higher as several people went missing after flash flooding hit southwestern Baluchistan province's remote areas overnight, according to a statement from the agency.

Authorities say the latest spell of torrential rains, which started on Monday and continued on Tuesday, also damaged dozens of homes in Baluchistan.

Since June, rains have killed 38 people and damaged more than 200 homes across Pakistan, including in Baluchistan, where over the weekend, a passenger bus skidded off a road and fell into a deep ravine amid heavy rain, killing 19 people.

These were the details of the news Monsoon rains lash Pakistan; 9 killed for this day. We hope that we have succeeded by giving you the full details and information. To follow all our news, you can subscribe to the alerts system or to one of our different systems to provide you with all that is new.

NEXT Rushdie stabbing suspect pleads not guilty to attempted murder