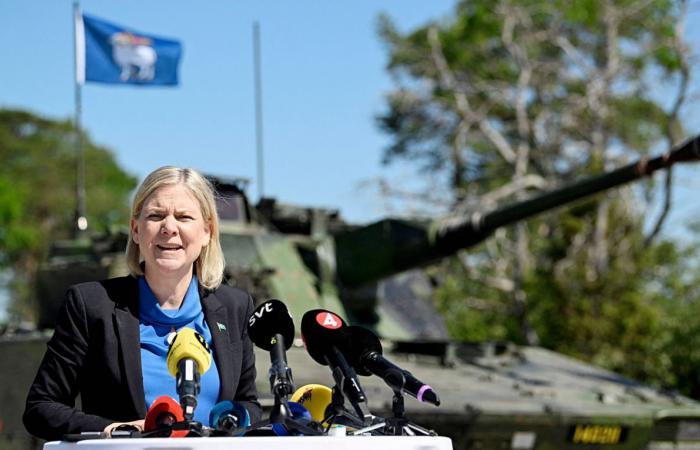 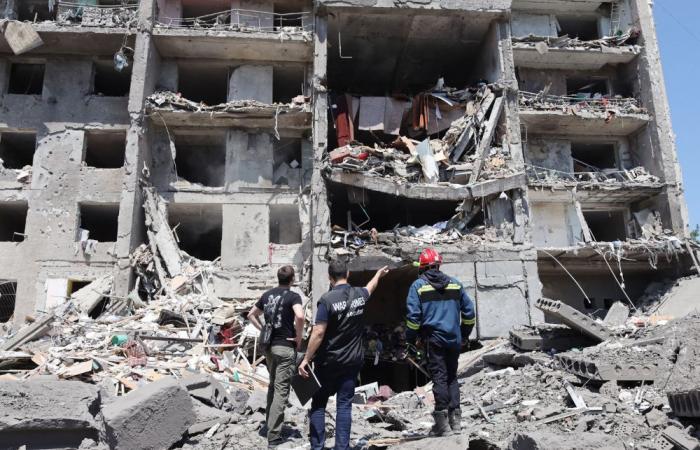 Jeddah - Yasmine El Tohamy - KYIV/KONSTYANTYNIVKA, Ukraine: Fighting intensified on Saturday for Lysychansk, Ukraine’s last bastion in the strategic eastern province of Luhansk, while blasts shook a southern city after the civilian toll from Russian strikes climbed in towns well behind the front lines.
Rodion Miroshnik, ambassador to Russia of the pro-Moscow self-styled Luhansk People’s Republic, told Russian television that “Lysychansk has been brought under control,” but added: “Unfortunately, it is not yet liberated.”
Russian media showed videos of Luhansk militia parading in Lysychansk streets waving flags and cheering, but Ukraine National Guard spokesman Ruslan Muzychuk told Ukrainian national television the city remained in Ukrainian hands.
“Now there are fierce battles near Lysychansk, however, fortunately, the city is not surrounded and is under the control of the Ukrainian army,” Muzychuk said.
He said the situations in the Lysychansk and Bakhmut areas, as well as in Kharkiv region, were the most difficult on the entire front line.
“The goal of the enemy here remains access to the administrative border of Donetsk and Luhansk regions. Also, in the Sloviansk direction, the enemy is attempting assault actions,” he said.

Oleksandr Senkevych, mayor of the southern region of Mykolaiv, which borders the vital Black Sea port of Odesa, reported powerful explosions in the city.
“Stay in shelters!” he wrote on the Telegram messaging app as air raid sirens sounded.
The cause of the blasts was not immediately clear, although Russia later said it had hit army command posts in the area.
Reuters could not independently verify the battlefield reports.
Authorities said a missile slammed into an apartment block near Odesa on Friday, killing at least 21 people. A shopping mall was hit on Monday in the central city of Kremenchuk, leaving at least 19 dead.
Ukrainian President Volodymyr Zelensky denounced the strikes on Friday as “conscious, deliberately targeted Russian terror and not some sort of error or a coincidental missile strike.”
In his nightly television address on Saturday, he said it would be a “very difficult path” to victory but it was necessary for Ukrainians to maintain their resolve and inflict losses on the “aggressor ... so that every Russian remembers that Ukraine cannot be broken.”
“In many areas from the front, there is a sense of easing up, but the war is not over,” he said. “Unfortunately, it is intensifying in different places and we musn’t forget that. We must help the army, the volunteers, help those who are left on their own at this time.”
Kyiv says Moscow has intensified missile attacks on cities far from the main eastern battlefields and that it deliberately hit civilian sites. Ukrainian troops on the eastern front lines meanwhile describe intense artillery barrages that have pummelled residential areas.

Thousands of civilians have been killed and cities levelled since Russia invaded Ukraine on Feb. 24. Kremlin spokesperson Dmitry Peskov repeated Russian denials that its forces targeted civilians.
The Chief of General Staff of the Russian Armed Forces, Valery Gerasimov, inspected Russian troops involved in what Moscow calls its “special military operation,” Russia’s defense ministry said, although it was not clear if he was in Ukraine.
The inspection followed slow but steady gains by Russian forces with the help of relentless artillery in east Ukraine, a focus for Moscow after it narrowed its broader war goals of toppling the government following fierce Ukrainian resistance.
Russia is seeking to drive Ukrainian forces out of Luhansk and Donetsk provinces in the industrialized eastern Donbas region where Moscow-backed separatists have been fighting Kyiv since Russia’s first military intervention in Ukraine in 2014.
“Definitely they are trying to demoralize us. Maybe some people are affected by that, but for us it only brings more hatred and determination,” said a Ukrainian soldier returning from Lysychansk.

HOUSES ‘BURNING DOWN’
Russian forces seized Lysychansk’s sister city Sievierodonetsk last month, after some of the heaviest fighting of the war that pounded whole districts into rubble. Other settlements now face similar bombardment.
Luhansk Governor Serhiy Gaidai said on Telegram shelling had stopped Lysychansk residents dousing fires and added: “Private houses in attacked villages are burning down one by one.”
Ukraine has appealed for more weapons from the West, saying its forces are heavily outgunned by the Russian military.

Troops on a break from the fighting and speaking in Konstyantynivka, a market town about 115 km (72 miles) west of Lysychansk, said they had managed to keep the supply road to the embattled city open, for now, despite Russian bombardment.
“We still use the road because we have to, but it’s within artillery range of the Russians,” said one soldier, who usually lives in Kyiv and asked not to be named, as comrades relaxed nearby, munching on sandwiches or eating ice cream.
“The Russian tactic right now is to just shell any building we could locate ourselves at. When they’ve destroyed it, they move on to the next one,” the soldier said.
Reuters reporters saw an unexploded missile lodged into the ground in a residential neighborhood on the outskirts of the Donbas city of Kramatorsk on Saturday evening.
The missile fell in a wooded area between residential tower blocks. Police and military cordoned off an area a few meters around the missile and told onlookers to stand back. Outgoing artillery fire and several large explosions were heard in central Kramatorsk earlier in the evening.
Despite being battered in the east, Ukrainian forces have made some advances elsewhere, including forcing Russia to withdraw from Snake Island, a Black Sea outcrop southeast of Odesa that Moscow captured at the start of the war.
Russia had used Snake Island to impose a blockade on Ukraine, one of the world’s biggest grain exporters and a major producer of seed for vegetable oils. The disruptions have helped fuel a surge in global grain and food prices.
Russia, also a big grain producer, denies it has caused the food crisis, blaming Western sanctions for hurting its exports.

These were the details of the news Sweden refuses to deny deportations to Turkey part of NATO deal for this day. We hope that we have succeeded by giving you the full details and information. To follow all our news, you can subscribe to the alerts system or to one of our different systems to provide you with all that is new.