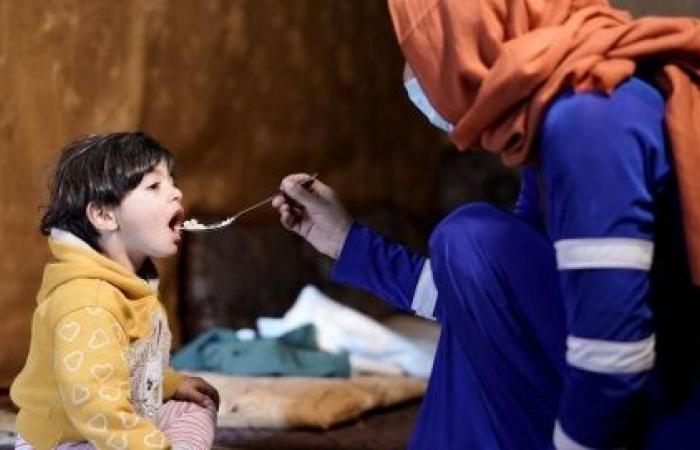 We show you our most important and recent visitors news details As global food and fuel shortage deepens, Lebanon’s crisis is affecting ‘everyone, everywhere’ in the following article

“Lebanon’s crisis is affecting everyone, everywhere across the country, with women bearing the brunt of the profound impact of this multi-layered crisis...2.2 million vulnerable Lebanese, 86,000 migrants and 200,000 Palestine refugees in Lebanon currently require emergency aid; in addition to 1.5 million Syrian refugees that are unable to afford or even access health, food, electricity, water, education and waste-water management, not to mention lifesaving protection services.”

Since 2019, Lebanon has endured a complex economic and financial crisis – deepened by political deadlock – which has offset development gains and increased humanitarian needs for the most vulnerable populations in severely deprived areas.

This already difficult situation has been made worse by the ongoing COVID-19 pandemic, the Beirut Port explosions in August 2020 and now the global food and fuel crisis.

According to World Bank estimates, the country’s economy is projected to contract by more than six percent this year, after declining 10.5 percent and 21.4 percent in 2021 and 2020 respectively.

Asked specifically about the fallout on global food and fuel insecurity in already struggling Lebanon from Russia’s invasion of Ukraine, Ms. Rochdi told journalists that the country was “no exception”, after suffering a spike in fuel prices, greater food insecurity and difficulties importing food.

Even hospitals had been affected, faced with an “acute shortage in medical supplies and power shortages, at a time when over 40 percent of Lebanon’s doctors and 30 percent of nurses have left the country, since the beginning of the economic meltdown”, she added.

Unemployment – and in particular growing youth unemployment (at 47.8 per cent among 15 to 24-year-olds) – has forced many of the country’s youngest and brightest jobseekers to leave Lebanon, she noted, with almost one-third of the population out of work now, compared with 11.4 percent before COVID-19.

For those in work, their minimum monthly wage is less than $25, Ms. Rochdi continued.

Women are also facing an alarming rise in sexual exploitation, in inverse proportion to the country’s “economic meltdown”, the UN official said, pointing to widespread reports of women and children “feeling unsafe in public spaces, such as streets, markets or when using public transport”.

To help meet these and many other challenges, Ms. Rochdi issued a revised humanitarian appeal for $546 million for more than one million Lebanese, refugees and migrants.

Highlighting how the UN and its partners have taken action to help, she noted that emergency fuel supplies had been distributed to more than 600 health facilities and water pumping stations “to ensure the provision of lifesaving services to the most vulnerable populations affected by this ongoing energy crisis and maintain the provision of basic services across Lebanon”. — UN News

These were the details of the news As global food and fuel shortage deepens, Lebanon’s crisis is affecting ‘everyone, everywhere’ for this day. We hope that we have succeeded by giving you the full details and information. To follow all our news, you can subscribe to the alerts system or to one of our different systems to provide you with all that is new.