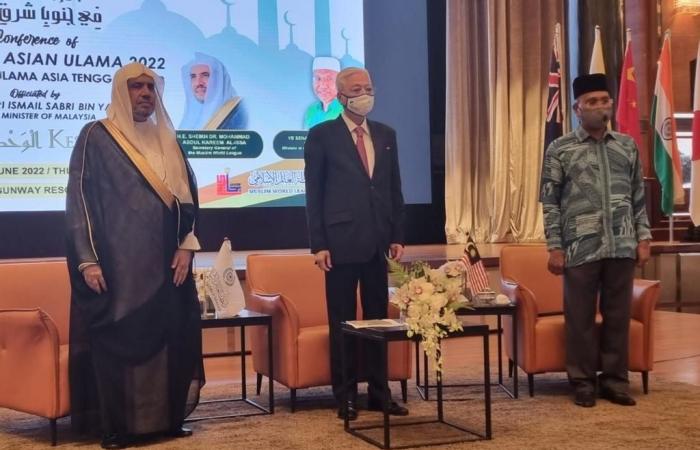 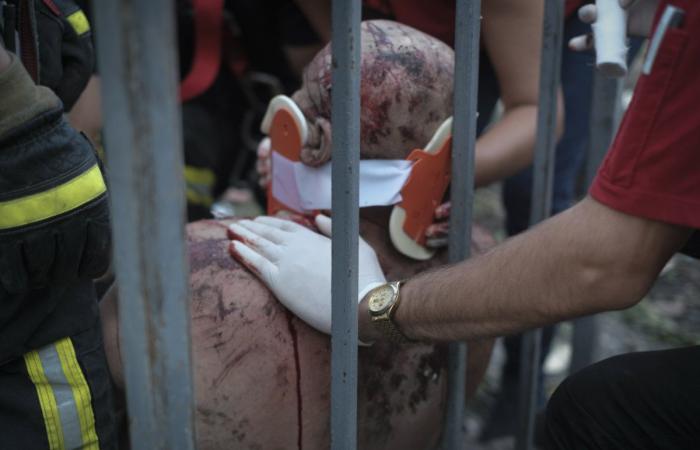 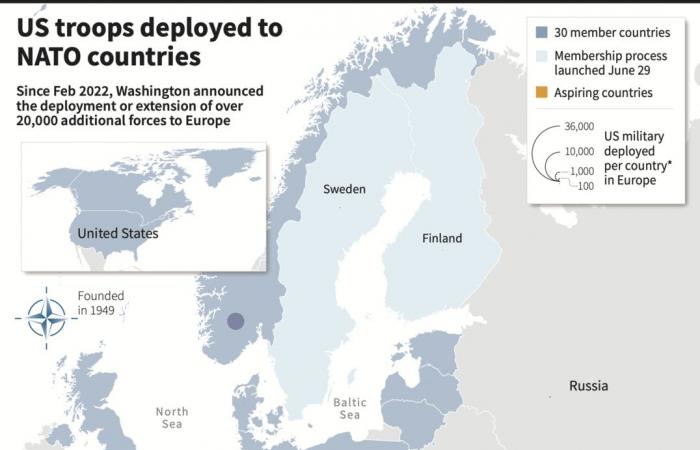 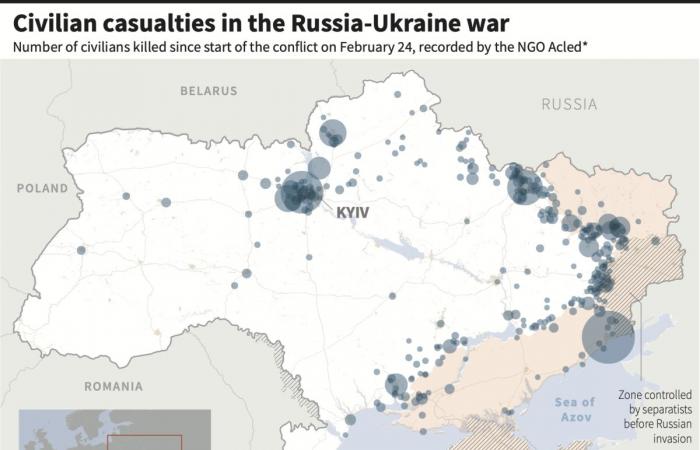 Jeddah - Yasmine El Tohamy - MADRID/KYIV: Russia pressed on with its offensive in eastern Ukraine on Thursday after NATO branded Moscow the biggest “direct threat” to Western security and agreed plans to modernize Kyiv’s beleaguered armed forces.
Ukrainian authorities said they were trying to evacuate residents from the frontline eastern city of Lysychansk, the focus of Russia’s attacks where about 15,000 people remained under relentless shelling.
“Fighting is going on all the time. The Russians are constantly on the offensive. There is no let-up,” regional Governor Serhiy Gaidai told Ukrainian television.
“Absolutely everything is being shelled.”

In the southern Kherson region, Ukrainian forces were fighting back with artillery strikes of their own, Oleskiy Arestovych, adviser to the Ukrainian president, said in a video posted online.
At a summit on Wednesday dominated by Russia’s invasion of Ukraine and the geopolitical upheaval it has caused, NATO invited Sweden and Finland to join and pledged a seven-fold increase from 2023 in combat forces on high alert along its eastern flank.
In reaction, President Vladimir Putin said Russia would respond in kind if NATO set up infrastructure in Finland and Sweden after they join the US-led military alliance.
Putin was quoted by Russian news agencies as saying he could not rule out that tensions would emerge in Moscow’s relations with Helsinki and Stockholm over their joining NATO.
US President Joe Biden announced more land, sea and air force deployments across Europe from Spain in the west to Romania and Poland bordering Ukraine.
These included a permanent army headquarters with accompanying battalion in Poland — the first full-time US deployment on NATO’s eastern fringes. 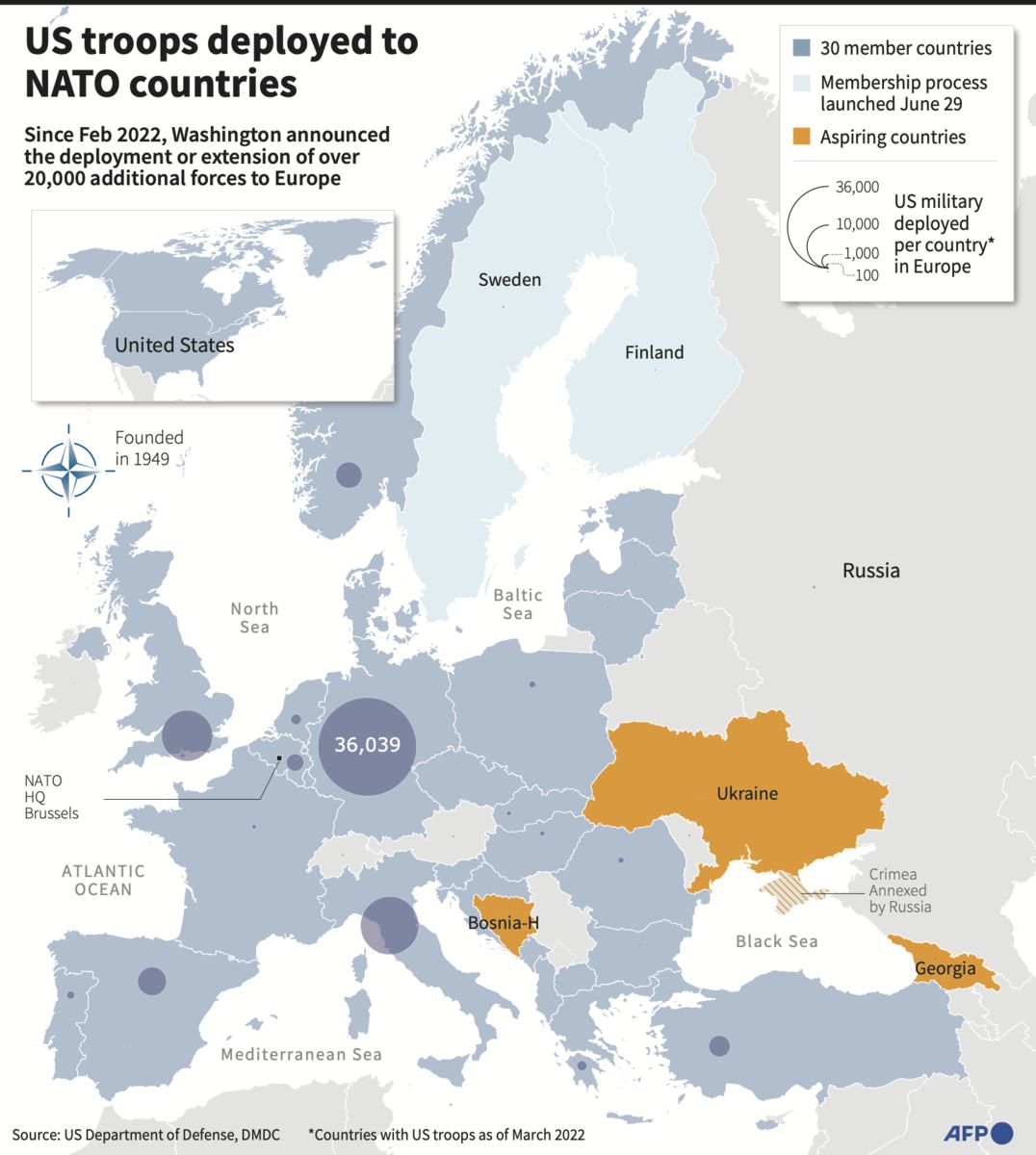 “President Putin’s war against Ukraine has shattered peace in Europe and has created the biggest security crisis in Europe since the Second World War,” NATO Secretary-General Jens Stoltenberg told a news conference.
“NATO has responded with strength and unity,” he said.
Britain said it would provide another 1 billion pounds ($1.2 billion) of military support to Ukraine, including air defense systems, uncrewed aerial vehicles and new electronic warfare equipment.

’Fighting everywhere’
As the 30 national NATO leaders were meeting in Madrid, Russian forces intensified attacks in Ukraine, including missile strikes and shelling on the southern Mykolaiv region close to front lines and the Black Sea.
The mayor of Mykolaiv city said a Russian missile had killed at least five people in a residential building there, while Moscow said its forces had hit what it called a training base for foreign mercenaries in the region.
There was relentless fighting around the hilltop city of Lysychansk, which Russian forces are trying to encircle as they try to capture the industrialized eastern Donbas region on behalf of separatist proxies. Donbas comprises Donetsk and Luhansk provinces.
A video clip aired on Russia’s RIA state news agency showed former US soldier Alexander Drueke, who was captured while fighting for Ukrainian forces.
“My combat experience here was that one mission on that one day,” said Drueke, from Tuscaloosa, Alabama, referring to the day he was captured outside Kharkiv, Ukraine’s second-largest city. “I didn’t fire a shot. I would hope that would play a factor in whatever sentence I do or don’t receive.”

President Volodymyr Zelensky once again told NATO that Ukrainian forces needed more weapons and money, and faster, to erode Russia’s huge edge in artillery and missile firepower, and said Moscow’s ambitions did not stop at Ukraine.
The Russian invasion that began on Feb. 24 has destroyed cities, killed thousands and sent millions fleeing. Russia says it is pursuing a “special military operation” to rid Ukraine of dangerous nationalists. Ukraine and the West accuse Russia of an unprovoked, imperial-style land grab. 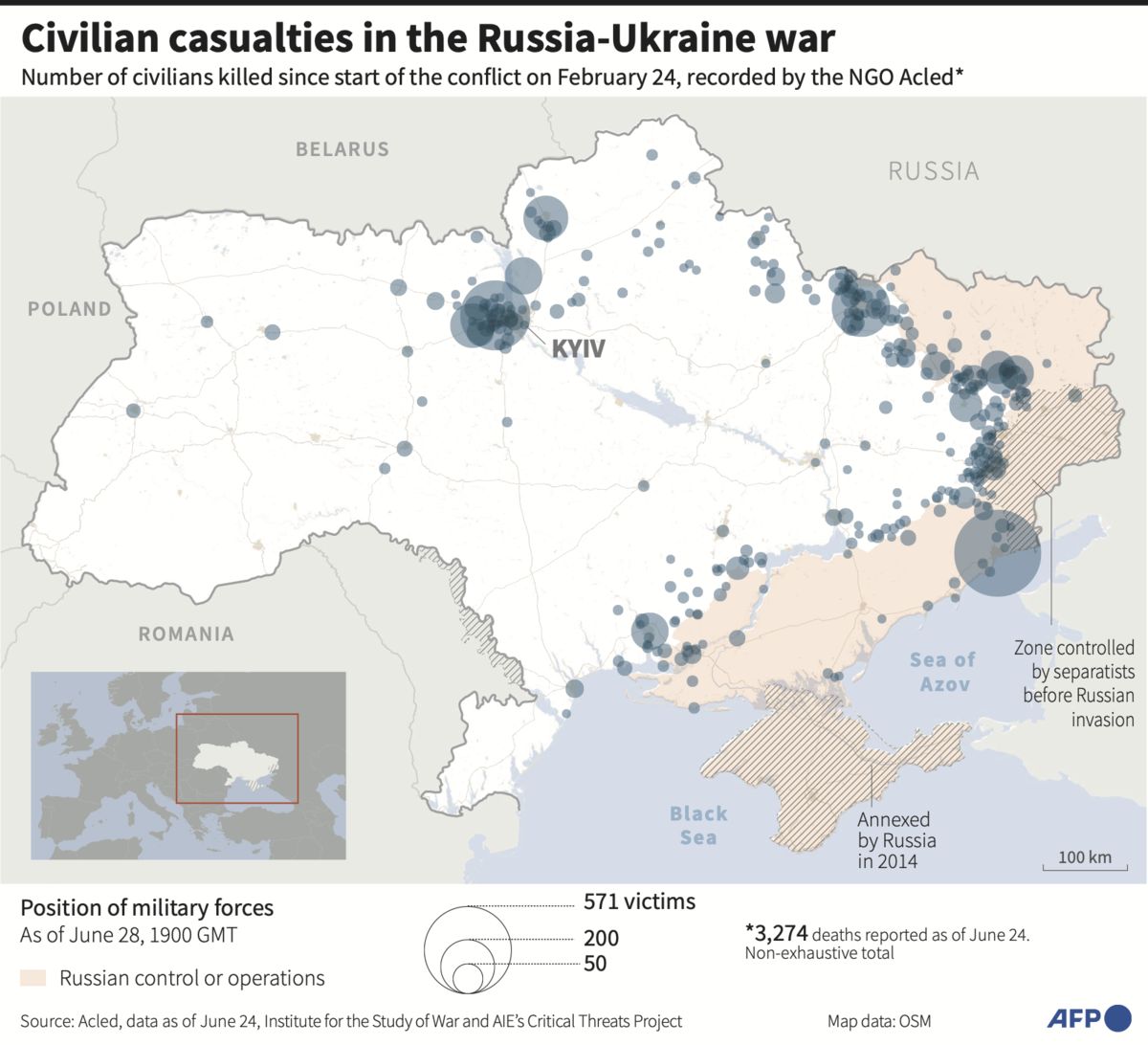 The top US intelligence official Avril Haines said on Wednesday the most likely near term scenario is a grinding conflict in which Moscow makes only incremental gains, but no breakthrough on its goal of taking most of Ukraine.

’Full solidarity’
In a nod to the precipitous deterioration in relations with Russia since the invasion, a NATO communique called Russia the “most significant and direct threat to the allies’ security,” having previously classified it as a “strategic partner.”
NATO issued a new Strategic Concept document, its first since 2010, that said a “strong independent Ukraine is vital for the stability of the Euro-Atlantic area.”
To that end, NATO agreed a long-term financial and military aid package to modernize Ukraine’s largely Soviet-era military.
“We stand in full solidarity with the government and the people of Ukraine in the heroic defense of their country,” the communique said.
Stoltenberg said NATO had agreed to put 300,000 troops on high readiness from 2023, up from 40,000 now, under a new force model to protect an area stretching from the Baltic to the Black seas.
NATO’s invitation to Sweden and Finland to join the alliance marks one of the most momentous shifts in European security in decades as Helsinki and Stockholm drop a tradition of neutrality in response to Russia’s invasion.

These were the details of the news Muslim World League holds first conference of Asian ulama in Kuala Lumpur for this day. We hope that we have succeeded by giving you the full details and information. To follow all our news, you can subscribe to the alerts system or to one of our different systems to provide you with all that is new.