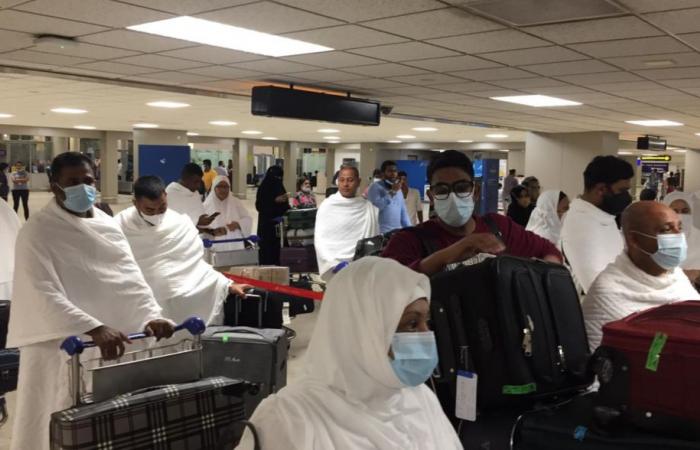 Jeddah - Yasmine El Tohamy - COLOMBO: The first group of Sri Lankans departed for Hajj on Tuesday despite earlier plans to forgo the pilgrimage as the country confronts its worst-ever economic crisis.

Last month, Sri Lanka’s umbrella association of pilgrimage organizers said that its members would suspend operations because the cost of sending worshippers to Makkah would be too high for the country to bear.

The island nation is struggling to deal with the worst financial downturn since independence in 1948 and has already defaulted on foreign debt repayments.

But earlier in June, the government announced Muslims would be allowed to perform Hajj this year provided they pay their travel costs in foreign currency.

“We are undergoing a huge economic crisis, still we want to respect the values and sentiments of the Muslims, therefore we allowed them to go even under trying circumstances,” Religious Affairs Minister Vidura Wickremanayake told Arab News.

“We are confident that their prayers will go a long way in getting out of this crisis.”

One of Islam’s five pillars of faith, the Hajj was restricted over pandemic fears to just 1,000 people residing in Saudi Arabia in 2020. The Kingdom limited the pilgrimage to 60,000 domestic participants in 2021, compared with the pre-pandemic 2.5 million.

This year, after lifting most of its coronavirus curbs, Saudi Arabia will welcome 1 million domestic and foreign pilgrims.

Sri Lanka, where Muslims make up almost 10 percent of the country’s predominantly Buddhist population of 22 million, has been allocated a quota of 1,585 pilgrims to perform Hajj. But with inflation now running at 40 percent, the cost is too high for many to bear and only about 960 are expected to travel.

The pilgrimage this year costs five times more than in 2019, according to Ibrahim Sahib Ansar, who oversees Hajj logistics at the Ministry of Religious Affairs.

“Although the quota is given, the cost of the pilgrimage this year has multiplied five times more than the cost two years ago, which was only 500,000 Sri Lankan rupees ($1,387),” he told Arab News.

Ansar added that most of the pilgrims from Sri Lanka this year are seniors, who fear that next time they will not meet the official 65-year age limit.

“I was waiting for this opportunity for the past two years,” said Farzan Huzair, who was among the 50 pilgrims departing from Colombo on Tuesday. ”I was also afraid that I won’t be able to perform Hajj after age 65.”

Huzair told Arab News that he viewed Hajj as “a golden opportunity,” adding: “I collected the money over the years to fulfill my lifelong dream.”

Rizmi Reyal, who heads the Sri Lanka Hajj Travel Operators Association, said that he will be praying for his country.

“All praise is due to Allah for the opportunity given for the Lankan pilgrims to perform Hajj this year,” he said.

“I am going for this year’s Hajj with my wife, solely to pray for my country, which is facing a severe economic crisis.”

These were the details of the news First Sri Lankan pilgrims depart for Hajj despite skyrocketing travel costs for this day. We hope that we have succeeded by giving you the full details and information. To follow all our news, you can subscribe to the alerts system or to one of our different systems to provide you with all that is new.