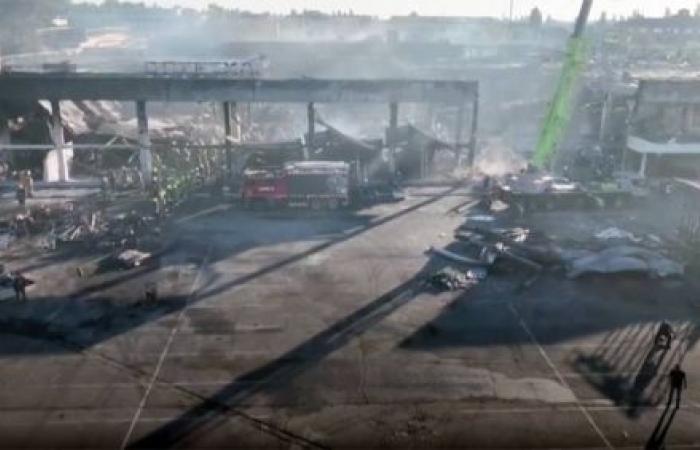 Hind Al Soulia - Riyadh - KIEV — Survivors of the Russian missile attack on a shopping center in central Ukraine on Monday have been describing their experiences, with one calling it simply "hell."

At Kremenchuk's public hospital, five people are crammed into a room in an intensive care ward, their wounds bound up in bloodied bandages. A dead body lies on a stretcher outside, covered in a blanket.

Yulia, a 21-year-old woman covered with deep cuts, said Monday was her first day working in one of the stores in the shopping center.

The hospital is treating 25 people injured in the attack, six of them in critical condition. Ukrainian authorities said on Tuesday that the strike killed at least 18 people and injured 59, while more than 40 are missing.

One patient in the hospital's general ward, Ludmyla Mykhailets, 43, said she was shopping at an electronics store with her husband, Mykola, when the blast threw her into the air.

"I flew head first and splinters hit my body. The whole place was collapsing. Then I landed on the floor and I don’t know if I was conscious or unconscious," she said, adding she had broken her arm and split her head open.

"It was hell," added Mykola, 45, blood seeping through a bandage wrapped around his head.

Outside the hospital, a small group of workers from the shopping center were filled with worry and grief, but also relief.

Roman, 28, said that upon hearing an air-raid siren, they had made their way to a nearby basement when the missiles struck.

He added that many others had stayed inside as three days ago the management had allowed shops to remain open during air raid warnings.

Many Ukrainians have stopped reacting to the now regular warning sirens, as strikes have been occurring less frequently outside of Ukraine's battle-torn east.

Oleksandr Kovalenko, deputy director of the hospital's surgery department, said Monday's attack was the sixth time the city had been bombed since Russia invaded Ukraine on February 24. "But never before did it hit so many people," he added.

People lined up at a hotel near the shopping center on Tuesday to register the names of those missing, while rescue workers continued to sift through the rubble to look for survivors.

The strike drew a global outcry, with G7 leaders condemning it as "abominable" as they gathered for a summit in Germany.

"This is not an accidental hit, this is a calculated Russian strike," Ukrainian President Volodymyr Zelenskyy said in an evening video address. He said the death count could rise.

He estimated around 1,000 people were in the shopping center at the time of the strike. The city had a population of 217,000 before the invasion.

Russia claimed on Tuesday that its missiles had struck a nearby weapons storage facility and that the shopping center was closed.

Moscow has systematically denied it targets civilian infrastructure, even though Russian attacks have hit other shopping centers, theaters, hospitals, kindergartens and apartment buildings — killing and injuring thousands of people. —Euronews

These were the details of the news Ukraine shopping center survivors describe 'hell' of Russian attack for this day. We hope that we have succeeded by giving you the full details and information. To follow all our news, you can subscribe to the alerts system or to one of our different systems to provide you with all that is new. 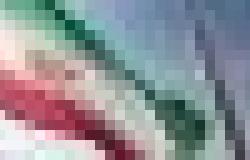