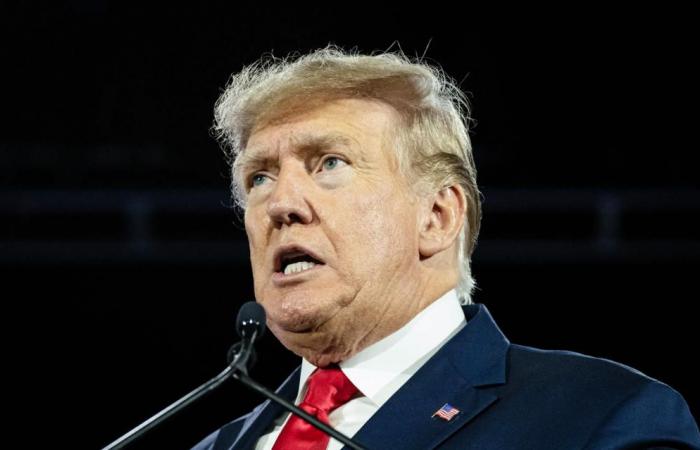 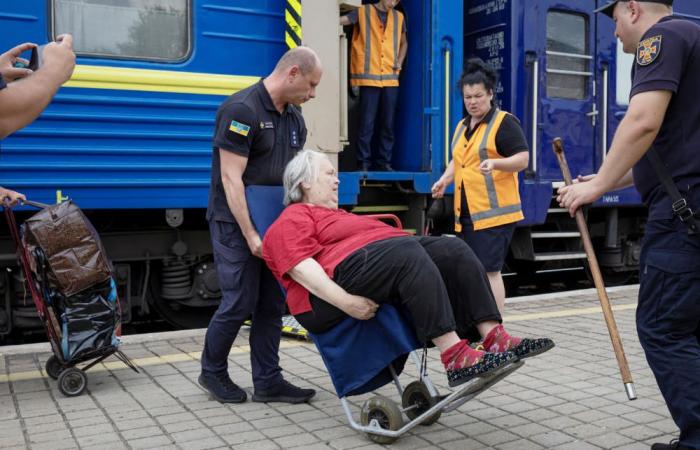 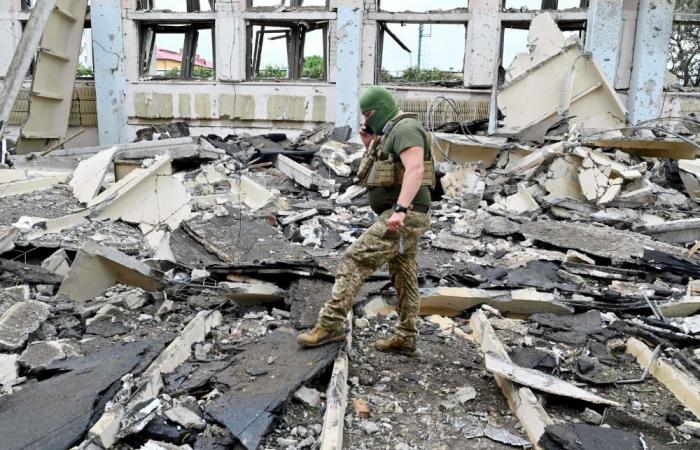 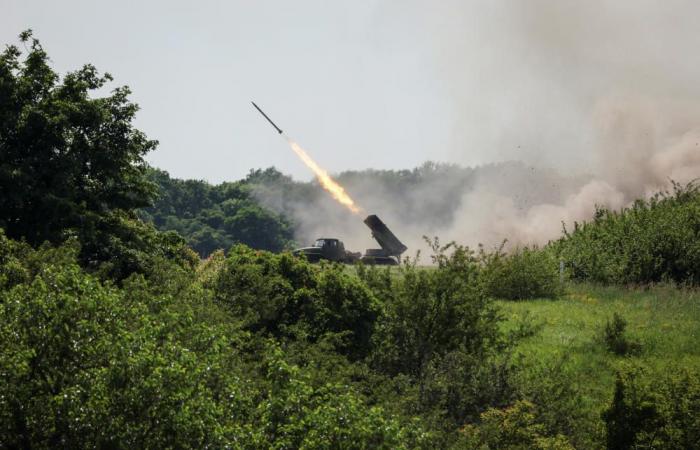 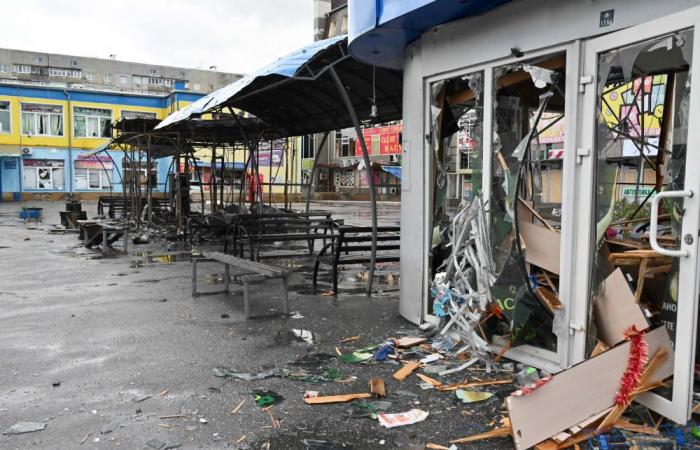 Thank you for reading the news about To charge or not to charge: the Trump dilemma roiling America and now with the details

Jeddah - Yasmine El Tohamy - KYIV/POKROVSK, Ukraine: Russian forces fully occupied the eastern Ukrainian city of Sievierodonetsk on Saturday, both sides said, confirming Kyiv’s biggest battlefield setback for more than a month following weeks of some of the war’s bloodiest fighting.
Ukraine called its retreat from the city a “tactical withdrawal” to fight from higher ground in Lysychansk on the opposite bank of the Siverskyi Donets river. Pro-Russian separatists said Moscow’s forces were now attacking Lysychansk.
The fall of Sievierodonetsk — once home to more than 100,000 people but now a wasteland — was Russia’s biggest victory since capturing the port of Mariupol last month. It transforms the battlefield in the east after weeks in which Moscow’s huge advantage in firepower had yielded only slow gains.

Russia will now seek to press on and seize more ground on the opposite bank, while Ukraine will hope that the price Moscow paid to capture the ruins of the small city will leave Russia’s forces vulnerable to counterattack.
President Volodymyr Zelensky vowed in a video address that Ukraine would win back the cities it lost, including Sievierodonetsk. But acknowledging the war’s emotional toll, he said: “We don’t have a sense of how long it will last, how many more blows, losses and efforts will be needed before we see victory is on the horizon.”

“The city is now under the full occupation of Russia,” Sievierodonetsk Mayor Oleksandr Stryuk said on national television. “They are trying to establish their own order, as far as I know they have appointed some kind of commandant.”
Kyrylo Budanov, Ukraine’s military intelligence chief, told Reuters that Ukraine was carrying out “a tactical regrouping” by pulling its forces out of Sievierodonetsk.

“Russia is using the tactic ... it used in Mariupol: wiping the city from the face of the earth,” he said. “Given the conditions, holding the defense in the ruins and open fields is no longer possible. So the Ukrainian forces are leaving for higher ground to continue the defense operations.”
Russia’s defense ministry said “as a result of successful offensive operations” Russian forces had established full control over Sievierodonetsk and the nearby town of Borivske.
Not long after that, however, Ukrainian shelling from outside Sievierodonetsk forced Russian troops to suspend evacuation of people from a chemical plant there, Russia’s Tass news agency quoted local police working with Russian separatist authorities as saying.
Oleksiy Arestovych, senior adviser to Zelensky, said some Ukrainian special forces were still in Sievierodonetsk directing artillery fire against the Russians. But he made no mention of those forces putting up any direct resistance.

Russia’s Interfax news agency cited a representative of pro-Russian separatist fighters saying Russian and pro-Russian forces had entered Lysychansk across the river and were fighting in urban areas there.
Russia also launched missile strikes across Ukraine on Saturday. At least three people were killed and others may have been buried in rubble in the town of Sarny, some 185 miles (300 km) west of Kyiv, after rockets hit a carwash and a car repair facility, said the head of the local regional military administration.
Russia denies targeting civilians. Kyiv and the West say Russian forces have committed war crimes against civilians.
Seeking to further tighten the screws on Russia, US President Joe Biden and other Group of Seven leaders attending a summit in Germany starting on Sunday will agree on an import ban on new gold from Russia, a source familiar with the matter told Reuters.
’IT WAS HORROR’
In the Ukrainian-held Donbas town of Pokrovsk, Elena, an elderly woman in a wheelchair from Lysychansk, was among dozens of evacuees who arrived by bus from frontline areas.
“Lysychansk, it was a horror, the last week. Yesterday we could not take it any more,” she said. “I already told my husband if I die, please bury me behind the house.”

As Europe’s biggest land conflict since World War Two entered its fifth month, Russian missiles also rained down on western, northern and southern parts of the country.
Russian President Vladimir Putin sent tens of thousands of troops over the border on Feb. 24, unleashing a conflict that has killed thousands and uprooted millions. It has also stoked an energy and food crisis which is shaking the global economy.
Since Russia’s forces were defeated in an assault on the capital Kyiv in March, it has shifted focus to the Donbas, an eastern territory made up of Luhansk and Donetsk provinces. Sievierodonetsk and Lysychansk were the last major Ukrainian bastions in Luhansk.
The Russians crossed the river in force in recent days and have been advancing toward Lysychansk, threatening to encircle Ukrainians in the area.
The capture of Sievierodonetsk is likely to seen by Russia as vindication for its switch from its early, failed attempt at “lightning warfare” to a relentless, grinding offensive using massive artillery in the east.
Moscow says Luhansk and Donetsk, where it has backed uprisings since 2014, are independent countries. It demands Ukraine cede the entire territory of the two provinces to separatist administrations.
Ukrainian officials had never held out much hope of holding Sievierodonetsk but have sought to exact a high enough price to exhaust the Russian army.
Ukraine’s top general Valeriy Zaluzhnyi wrote on the Telegram app that newly arrived, US-supplied advanced HIMARS rocket systems were now deployed and hitting targets in Russian-occupied parts of Ukraine.
Asked about a potential counterattack in the south, Budanov, the Ukrainian military intelligence chief, told Reuters that Ukraine should begin to see results “from August.”
Russian missiles also struck elsewhere overnight. “48 cruise missiles. At night. Throughout whole Ukraine,” Ukrainian presidential adviser Mykhailo Podolyak said on Twitter. “Russia is still trying to intimidate Ukraine, cause panic.”
The governor of Lviv region in western Ukraine said six missiles were fired from the Black Sea at a base near the border with Poland. Four hit the target but two were destroyed.
The war has had a huge impact on the global economy and European security, driving up gas, oil and food prices, pushing the European Union to reduce reliance on Russian energy and prompting Finland and Sweden to seek NATO membership.

These were the details of the news To charge or not to charge: the Trump dilemma roiling America for this day. We hope that we have succeeded by giving you the full details and information. To follow all our news, you can subscribe to the alerts system or to one of our different systems to provide you with all that is new. 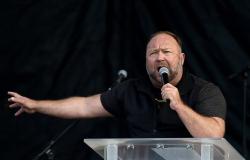 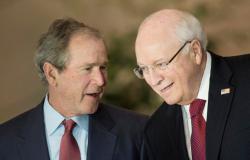 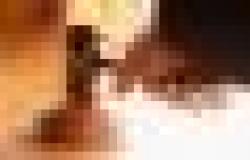 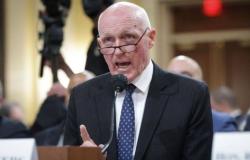 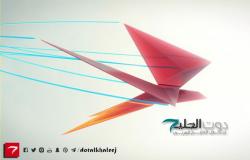