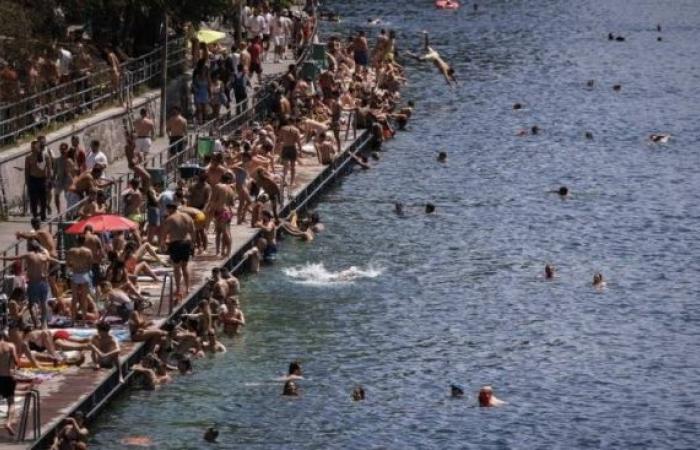 We show you our most important and recent visitors news details Hot weekend for Europe; officials warn of extreme fire risk in the following article

Hind Al Soulia - Riyadh - BERLIN — People flocked to parks and pools across Western Europe on Saturday for a bit of respite from an early heat wave that saw the mercury rise above 40 C (104 F) in France and Spain.

In Germany, where highs of 38 C (100.4 F) were expected, the health minister urged vulnerable groups to stay hydrated.

“Heat and too little fluids can be deadly for older people,” Karl Lauterbach tweeted. “We need to keep an eye on the elderly and those with disabilities today.”

Meanwhile, officials warned of wildfires across the western Mediterranean region as high temperatures and a long dry spell made for combustible conditions.

The European Commission’s Copernicus Emergency Management Service said the fire risk was “extreme” and “very extreme” in much of Spain, the Rhone river valley in France, Sardinia, Sicily and parts of mainland Italy.

The 27-nation bloc has put 12 firefighting planes and a helicopter on standby to assist countries struggling with major blazes this summer.

Meteorologists in France described the situation as “really exceptional” and predicted that a peak of 43 C (109.4 F) could be reached before thunderstorms bring cooler weather in from the Atlantic.

Experts say the early heat wave is a sign of what’s to come as climate change makes extreme temperatures normally seen only in July and August more likely in June too. — Agencies

These were the details of the news Hot weekend for Europe; officials warn of extreme fire risk for this day. We hope that we have succeeded by giving you the full details and information. To follow all our news, you can subscribe to the alerts system or to one of our different systems to provide you with all that is new.