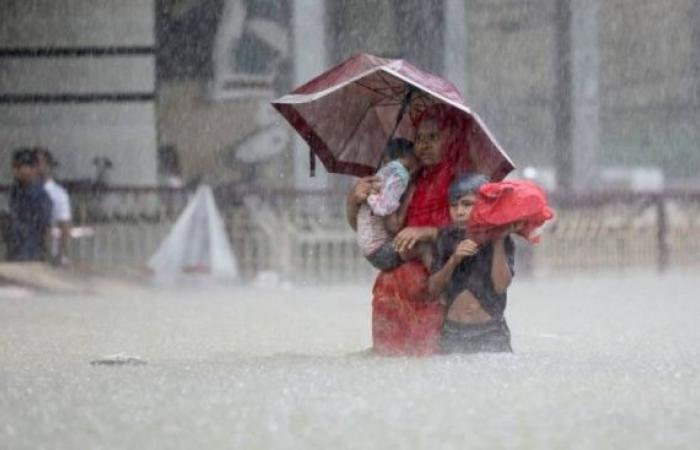 We show you our most important and recent visitors news details Millions stranded as floods ravage parts of Bangladesh, India in the following article

Lightning strikes killed at least 15 people in eight districts in Bangladesh since Friday and four people were killed in landslides, police officials said.

The flooding in Bangladesh, described by a government expert as potentially the country's worst since 2004, was exacerbated by the runoff from heavy rain across Indian mountains. The rain continued on Saturday, with more forecast over the next two days.

"Much of the country's northeast is underwater and the situation is getting worse as heavy downpour continues," Bangladesh Chief Administrator Sylhet region Mohammad Mosharraf Hossain said.

Authorities helped by the army were focused on rescuing those trapped and distributing relief.

In neighbouring India's northeastern state of Assam, armed forces were called in for rescue efforts after landslides killed at least nine people and displaced nearly 2 million from their homes in the last 10 days, officials said.

Torrential rains lashed 25 of the state's 33 districts for a sixth day. — Agencies

These were the details of the news Millions stranded as floods ravage parts of Bangladesh, India for this day. We hope that we have succeeded by giving you the full details and information. To follow all our news, you can subscribe to the alerts system or to one of our different systems to provide you with all that is new.