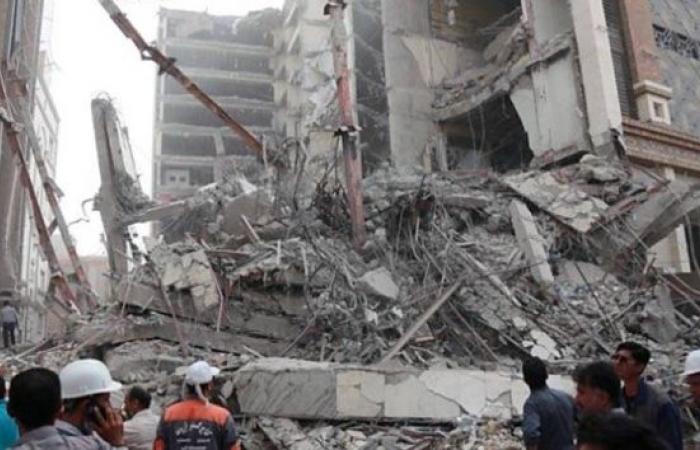 Dozens more were injured when the 10-story Metropol office block in Abadan crashed to the ground on Monday.

Pictures showed that concrete floors and steel beams had fallen on to the street below, crushing several cars.

A search and rescue operation is continuing, and the cause of the collapse is being investigated.

At least 10 people are reported to have been arrested, including the building contractor, the mayor and two former mayors.

Hundreds of angry people, many banging drums and hitting cymbals, took to the streets in Abadan on Thursday night and Friday morning, in protest.

State news agency Irna reported that the building was located on Abadan's busiest commercial street, and that its lower floors had been open for a few days while construction work continued above.

"I thought it was an earthquake at first," Ahmad, a shop owner, told the Associated Press.

The Iranian Red Crescent said 23 rescue teams from Abadan and neighboring cities rushed to the scene along with more than a dozen ambulances.

Iran's Mehr news agency said most of those who were trapped had been shopping on the ground floor of one of the finished parts of the building.

The incident has raised questions about building safety standards in the country.

Top official Mohammad Mokhber told state TV he believed there had been "widespread corruption" during the construction of the tower.

According to local authorities, the building was only legally allowed to contain six floors, but four more were added when it was built, the Associated Press reported.

During the 1980s Iraq-Iran war, the region faced huge destruction — and many of the projects to rebuild the area were criticized for poor construction practices.

But still, the collapse in Abadan is the deadliest incident of its kind in Iran for years.

In 2017, at least 20 people were killed, including 16 firefighters, when the 17-story Plasco building in Tehran caught fire and then collapsed. — BBC

These were the details of the news Iran building collapse death toll jumps to 26 for this day. We hope that we have succeeded by giving you the full details and information. To follow all our news, you can subscribe to the alerts system or to one of our different systems to provide you with all that is new. 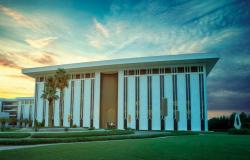