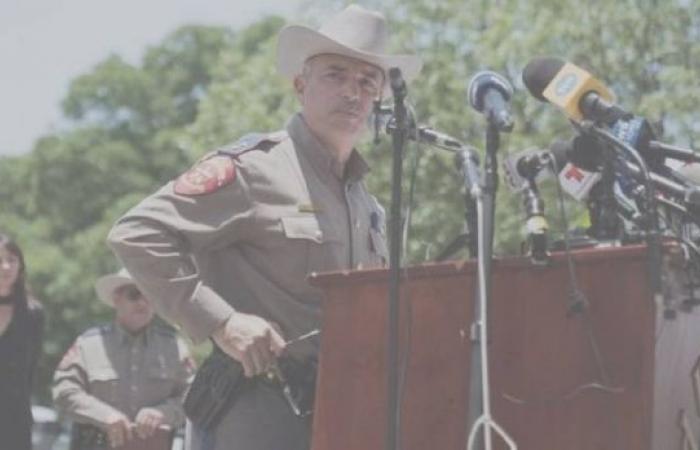 We show you our most important and recent visitors news details Texas shooting: Police change key details as criticism mounts in the following article

The gunman roamed outside the Uvalde school for 12 minutes before entering unchallenged, police said on Thursday.

That contradicted earlier statements which said the attacker had been confronted and shot at by an officer.

He killed 19 children and two teachers before he was shot dead 90 minutes after he arrived, police said.

That delay, combined with video footage showing frustrated parents being tackled and handcuffed by police while the gunman was still inside the school, has led to growing public anger and scrutiny of the early response.

It has also called into question claims by state Governor Greg Abbott, who earlier this week hailed the "quick response" of "valiant local officials" who he said had engaged the gunman before he entered the school. "They showed amazing courage by running toward gunfire," he said.

The latest timeline was given at a news conference by Texas Ranger Victor Escalon, who said several times that he wanted to "clear up" previous statements. He defended the police response and spoke of the emotional toll the shooting had taken on officers. "We're all hurting inside," he said.

But the timeline of events was still unclear after Thursday's briefing, and questions remain about how long it took officers to arrive and why the gunman, 18-year-old Salvador Ramos, was inside the school for more than an hour before he was killed - not by local officers - but by a tactical unit led by US border agents.

Separately on Friday morning, Congressman Tony Gonzales, who represents the district, claimed on Fox News that the gunman had been arrested four years ago for threatening to shoot up a school once he turned 18. The BBC has not independently verified the allegation.

Escalon said Ramos crashed his vehicle nearby at 11:28, with the first emergency call coming two minutes later as witnesses reported a man carrying a gun. Ramos then shot at members of the public, roamed the school premises, and entered freely through an unlocked door at 11:40.

Police arrived on site four minutes later, Mr Escalon said. But it is unclear how close they got to the gunman or whether they attempted to enter the classroom where the shooting took place.

Police initially said the officers were "inside making entry" and took cover after coming under heavy fire. This was revised on Thursday by Escalon. "They [didn't] make entry immediately because of the gunfire they were receiving," he said.

At 12:45, the gunman was shot dead by a team led by an elite Border Patrol tactical unit. Mr Escalon played down previous statements by police that there had been ongoing exchanges of gunfire during the previous hour. "The majority of the gunfire was in the beginning," he told reporters.

Witnesses have said police were hesitant to confront the killer, and videos from the scene show officers gathered outside while being urged by desperate family members to storm the building immediately.

One mother told the Wall Street Journal that she was briefly handcuffed and accused of impeding a police investigation, after demanding - along with other parents - that officers enter the school. Angeli Rose Gomez said she saw one father thrown to the ground by an officer, another pepper-sprayed and a third who was tasered.

"The police were doing nothing," said Ms Gomez, who was eventually released. She said she jumped over the school fence and ran inside to rescue her two children. "They [the police] were just standing outside the fence. They weren't going in there or running anywhere."

"They say they rushed in," Javier Cazares, whose daughter Jacklyn was killed in the attack, told the Associated Press. "We didn't see that."

"A lot of us were arguing with the police, 'You all need to go in there. You all need to do your jobs'. Their response was, 'We can't do our jobs because you guys are interfering.'"

The apparent delay in entering the building deviates from guidance that became standard police practice after the 1999 Columbine High School massacre, which states that the first officers on the scene should do whatever they can to stop an attack without waiting for backup.

Escalon refused to answer several questions about why the gunman had not been killed sooner. He said he had "taken all those questions into consideration" and would give an update later.

Investigators have found no indication the gunman had a history of mental illness or a criminal record. He legally purchased two AR-style rifles in the week before the attack, shortly after his 18th birthday. — BBC

These were the details of the news Texas shooting: Police change key details as criticism mounts for this day. We hope that we have succeeded by giving you the full details and information. To follow all our news, you can subscribe to the alerts system or to one of our different systems to provide you with all that is new.